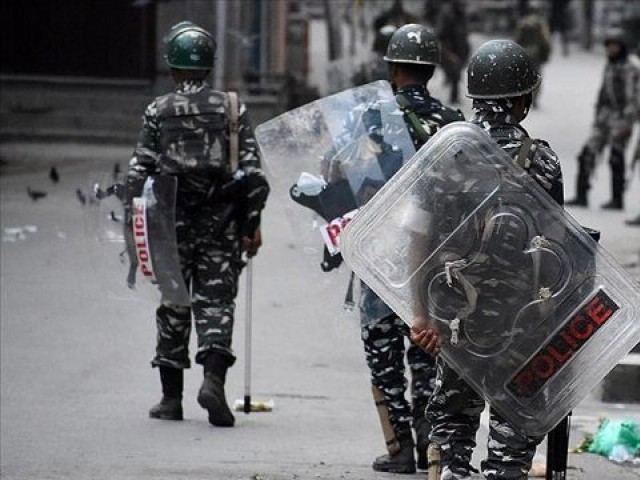 SRINAGAR: India on Saturday restored internet in occupied Kashmir after a five-and-a-half-month blackout but maintained a block on social media sites.

India also imposed a curfew in the disputed Himalayan valley, sent in tens of thousands of extra troops and detained dozens of Kashmiri political leaders and others, many of whom remain in detention, drawing criticism abroad.

Internet access was restored on Saturday but only to 301 government-approved websites that include international news publications and platforms such as Netflix and Amazon.

Mobile phone data access was also restored, although it was limited to slower second-generation (2G) connections.

“It’s good some internet access has been restored but it’s so slow I’m hardly able to access anything and social media is also off-limits,” Raashid Ahmad, a university student, told AFP.

India is the world leader in cutting internet services, activists say, and access was also temporarily suspended in its own country during recent protests against a new citizenship law.

Since August, freedom of movement in heavily-militarised Kashmir has been gradually restored as has cellphone coverage, but apart from at a handful of locations; there has been no regular internet access.

This made life even harder for the region’s seven million inhabitants and hit the local economy hard.

The movement against India’s unconstitutional actions that has raged in the scenic Himalayan region for decades has left tens of thousands dead, mostly civilians.

Pakistan has time and again reaffirmed its unflinching support and solidarity with the Kashmiris accusing India of stretching the lockdown.