Ambass­ador of Pakist­an to France and Perman­ent Delega­te to UNESCO Moinul Haque will lead ASPAC Group for 2020
By APP
Published: January 23, 2020
Tweet Email 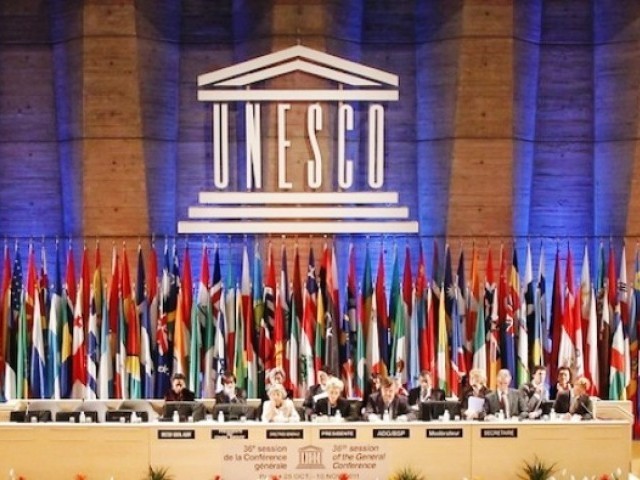 Ambassador of Pakistan to France and Permanent Delegate to UNESCO Moinul Haque will lead ASPAC Group for 2020. PHOTO: REUTERS/FILE

ISLAMABAD: Pakistan has assumed the presidency of Asia and Pacific (ASPAC) in Unesco for the period from January to December 2020.

Moinul Haque – ambassador of Pakistan to France and Permanent Delegate to United Nations Educational, Scientific and Cultural Organisation – will lead the ASPAC Group.

As ASPAC chair, Pakistan will constructively engage with member states to strengthen Unesco to foster better understanding for global peace and stability.

Indonesia will be the vice chair while Republic of Korea will be the secretary of the group, a message received in Islamabad on Thursday from Paris said.

The Unesco has six regional groups, with ASPAC being the second largest with 44 member states.

Pakistan remains committed to Unesco’s principles enshrined in its constitution.

November last year, in recognition of the country’s long-standing positive contributions to promoting educational and cultural cooperation, Pakistan had re-elected to the executive board of Unesco.

Pakistan had won the slot by securing 154 votes for the next four-year term (2019-2023) in an election held at Unesco Headquarters in Paris.