Genera­ls may have erred at nation­al level but they have not allowe­d Pakist­an’s demise in the geopol­itical chessb­oard
By Aneela Shahzad
Published: January 24, 2020
Tweet Email 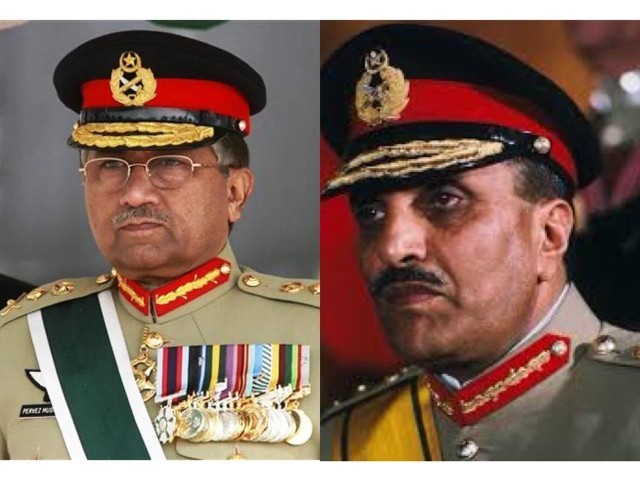 General Zia’s plane crashed in 1988. This was the year when the Russian forces had already started withdrawal from Afghanistan. The Iran-Iraq war had just ended with the revolution strengthened in Iran. Saddam boasted of winning the war, but to his torment, the US immediately turned against Iraq, waging what is called the Gulf War of 1991 and starting the era of painful Iraqi sanctions.

Following the defeat in Afghanistan, the USSR broke apart in 1991, and in the same year, Narsimha Rao of India broke off from Communism and embraced the Capitalist camp, extending India’s possible presence in Afghanistan. The US, poised with a sense of victory for its backing of the Afghan Mujahideen, was ready to extend its empire in Afghanistan, right in the heart of Asia.

With this global backdrop, it is notable that foreign intervention by use of proxy has not been a new phenomenon for Pakistan. Right from its birth, movements like Sindhudesh and Pashtunistan have been getting support from outside sources, especially India.

In PM Bhutto’s time, an operation was conducted on the Iraqi Embassy, wherein stockpiles of ammunitions and firearms were recovered. This was the time when after the 1971 war, seeing Pakistan as fragile, the USSR collaborated with Iraq for an independent Balochistan that would comprise some parts of Iran and Pakistan, but in turn destabilised both countries. Bhutto used this event as a precedence to crush the National Awami Party and other separatists by arresting their leaders — and for the same reasons Pakistan had remained quietly pro-Iran in the Iran-Iraq War.

Also, since the pro-soviet Daoud’s regime, the USSR and India were using Afghanistan as a launching pad for terrorist activities inside K-P and Balochistan. To counter this, Bhutto invited Gulbadin Hekmatyar and Burhanuddin Rabbani to Peshawar to lay the founding of the Afghan Jihad against pro-soviet Kabul.

After Bhutto, Gen Zia proceeded with strengthening the Afghan Jihad. With Russia’s invasion of Afghanistan in 1979, Zia accepted $4.2 billion in US aid after initially declining Carter’s $400 million offer, calling it peanuts — that too after internationalising the issue in the OIC and the UN. The US also agreed to sell F-16s to Pakistan and Zia made it clear that the CIA will have no approach to the Mujahideen, who would remain under ISI supervision alone. The Russians withdrew in 1989, leaving Najibullah in their place and the Jihad went on till 1992, when eventually the Peshawar Accord charted the ‘Islamic State of Afghanistan’, only to start an era of infighting between the various Mujahideen factions.

The Mujahideen factions were now contesting for Kabul — Hekmatyar, whom Pakistan has largely supported, proved to be a rogue who wanted complete power; Rabbani and the cherished Ahmad Shah Masood showed an inclination towards Iran and ex-communist general Dostum; inside Kabul an Iranian proxy, Hezb-i Wahdat, was in battle with a Saudi proxy, Ittihad-i Islami. Complete chaos in Kabul between 1992 and 1996 and an anti-Pakistan atmosphere compelled Pakistani strategists to help create a fresh group of pro-Pakistan Mujahideen. This was done by supporting the newly emerging Taliban (not to be mistaken with the TTP) — under the supervision of ex-general Naseerullah Babar, Special Adviser to PM Benazir Bhutto.

The Taliban quickly turned into a formidable force that took over Kabul in 1996, remaining in power till 2001, when the US invaded Afghanistan within a few weeks after the 9/11 attacks. This was the same year when General Musharraf became president of Pakistan. Bush threatened Musharraf to bomb Pakistan “back to the stone age” if he did not comply with the US invasion of Afghanistan. On the one side Musharraf had to allow logistics support and use of airbases to the US, but on the other he continued with the strategy of covertly supporting the Taliban.

Meanwhile, Rabbani and Masood had formed the Northern Alliance against the Taliban with the backing of Iran, Russia and India, aligned with the US — clearly showing how venomous the neighborhood had become for Pakistan.

The US with their imperial intentions made an anti-Taliban stance from the onset and India seeing Russia’s demise had swiftly jumped into America’s laps, getting the chance to multiply its anti-Pakistan activities from the Afghan soil.

The Rome Secretariat and the Northern Alliance signed the Bonn Agreement in 2001, wherein Hamid Karzai was made the acting head of state of Afghanistan. Karzai, educated in India, had previously been on the payrolls of both the CIA and the Iranians. In 2000-01, Karazai had made visits to Europe and the US calling for an all-out US invasion of Afghanistan. In a BBC interview, he said, “These Arabs (al Qaeda) … and the Taliban destroyed miles and miles of homes and orchards and vineyards… They have killed Afghans… We want them out.”

In October 2001, sensing this international scheme, Musharraf, during Secretary Colin Powell’s visit to Islamabad, called for “a broad-based, multi-ethnic government freely chosen by Afghans without outside interference”. Musharraf thereby dismissed Zahir’s return and warned that the NA should not rush to take control of the country.

The Generals may have erred at the national level but they have not allowed Pakistan’s demise in the geopolitical chessboard. Democracy is a great bliss, but due to its shuffling nature, it always needs the backing of more permanent elements that bind the national character over time and maintain a permanent foreign policy — because democracy works on a five-yearly basis whereas geopolitics goes by decades and centuries.