The FATF will kiss Pakist­an goodby­e if and only if Americ­a can do the same to Afghan­istan
By Imran Jan
Published: January 23, 2020
Tweet Email 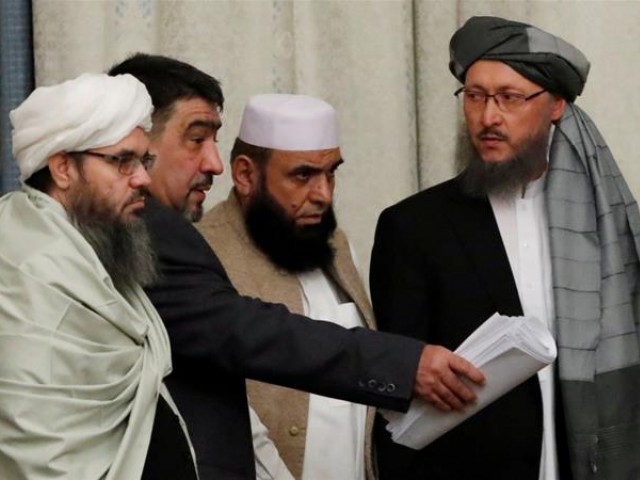 In the movie Limitless, Bradley Cooper tells Robert Deniro, “Share prices aren’t really based on how the company works, it’s about how mass psychology works.” Pakistan’s being on the FATF grey list and its exit from it isn’t really about whether or not Pakistan is successfully curbing terror financing, but about how Washington’s psychology works. While one quid pro quo is driving the impeachment trial in Washington, another one is driving America’s exit from Afghanistan.

Truth be told, the Paris-based body doesn’t aim to curb terror financing which by the way would be achieved much better by not providing aid to and doing business with terrorist states such as India and Israel. The ulterior motive is that the FATF is a whip to ensure Pakistan’s help in achieving a face-saving deal in Afghanistan. That quid pro quo is what could eventually drive Pakistan out of this grey list, provided Pakistan plays its cards right.

Last September, on the eve of signing a final deal with the Taliban, President Trump tweeted the end of that agreement citing the death of a US soldier. Then on a surprise Thanksgiving visit to Afghanistan, President Trump again hinted at a possible resurrection of the peace deal with the Taliban. Last week, the Taliban agreed to an American demand they never did before: promising a “reduction in violence” while the peace deal is being talked between them and the US in Doha. This was announced while Foreign Minister Shah Mehmood Qureshi was in Washington, meeting with important US officials.

While there, Qureshi reminded the US how Pakistan worked tirelessly to fulfil American demands. Qureshi said, “…we were told the insurgents were holding two Western hostages. If they are released, it will create goodwill and break the stalemate. Our security establishment held 72 meetings and you saw two hostages reach home safely.” He added, “They [Americans] said the Taliban must give this understanding that they will stop bloodletting and hostilities. This was not an easy task, but this too has happened. The Taliban are willing to end all hostilities.” And then came the quid pro quo from Qureshi, saying, “Pakistan fulfilled your expectations. Now we too had some expectations, what have you done?”

Last October, the FATF decided to keep Pakistan on the grey list until Feb 2020, which is when it is holding a meeting in Beijing. The decisions taken there would influence what the body’s Plenary in Paris would decide in April. Qureshi stressed that America should help Pakistan exit the list. He recalled the meeting between Imran Khan and Trump where the latter had expressed the desire to see Pakistan taken off the list. “So, we expect US officials to work for it now,” reminded Qureshi.

Senior US diplomat Alice Wells, while in Islamabad, said, “It is heartening to see that Pakistan government has made significant progress on these matters and that too in a short time.” While she was talking about Pakistan’s efforts to curb terror financing, the statement sounded as if it was said more about Pakistan’s help in Afghanistan. The most thought-provoking words came from Qureshi when he said that during Pompeo’s Islamabad visit in 2018 “I told him that we are interested in resetting our bilateral relationship. Mr Pompeo said this could only be routed through Kabul.” The grey listing happened in 2018 as well.

At this point, it is no rocket science to connect the dots. Qureshi says ‘I scratch your back and you scratch mine’; Taliban announce the reduction in violence; Wells appreciates Pakistan’s efforts; the FATF will hold its Paris meeting in April to decide if Pakistan should be taken off the list; Trump wants to achieve the end of America’s longest war in history while he gets ready to begin his presidential election campaign. This achievement, along with the killing of Al-Baghdadi and Qasem Soleimani, would help him get re-elected most likely. This is classical quid pro quo. The FATF will kiss Pakistan goodbye if and only if America can do the same to Afghanistan.