WATCH:'Rapunzel' is the teenager with the world's longest hair

WATCH:'Rapunzel' is the teenager with the world's longest hair 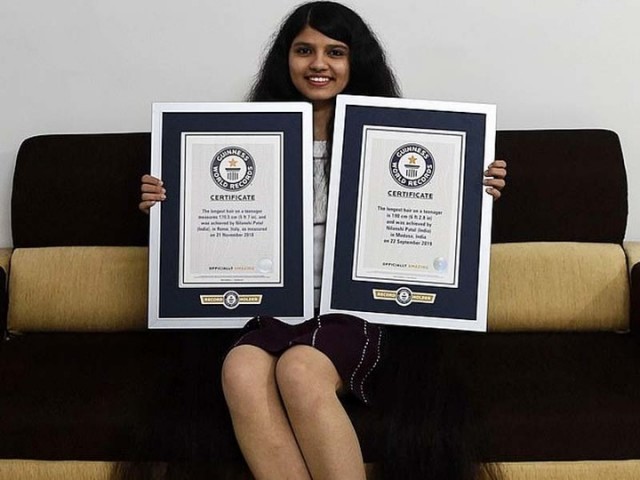 Friends call her Rapunzel – Nilanshi Patel has been growing her hair since she was six years old following a bad experience at the hairdressers ‍♀️ The 16-year-old from Gujarat, India, has set a new record for the longest hair on a teenager, with lengthy locks that measure 170.5 cm (5 ft 7 in). "I got my hair cut, a really bad haircut. So, then I decided that I won’t cut my hair. I decided that when I was six and have not cut it since," she explained. Nilanshi recently appeared on a brand-new TV series of record breaking, La Notte dei Record (The Night of Records) on Italy's @tv8it. "People think that I face so many problems with my hair, but I don't face any problems, I do sports and all the things with my hair. It's a lucky charm for me!" "I style it is as a long braid or as a bun on the top of my head. When I am going to an occasion, or when I am playing table tennis, I bun my hair on my head so that it is comfortable for me." ___________________________________________________ #longhair #hair #hairstyles #lanottedeirecord #guinnessworldrecords #officiallyamazing #longhairstyles #longhairdontcare #rapunzel

An Indian girl has retained her crown as the teen with the world’s longest hair more than a decade after she stopping getting her tresses cut following a bad experience at a salon. 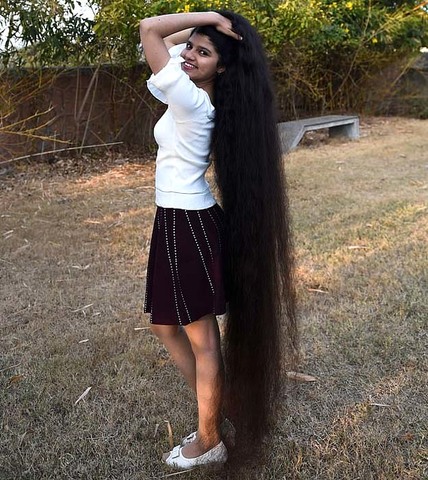 Nilanshi Patel, 17, from the small town of Modasa in Gujarat state, remains a cut above the rest according to the Guinness World Records having smashed her previous record of five feet and 6 inches set in December 2018 with a new length of six feet and two inches.

Her proud father said his only child’s locks had turned her from a local celebrity into an international one. 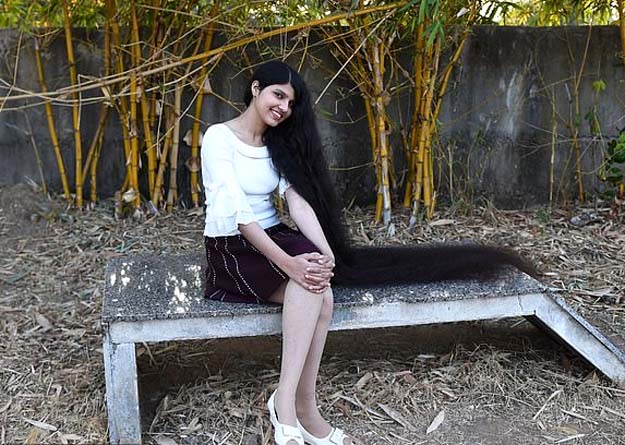 Nicknamed “Rapunzel” by her friends and schoolmates after the long, flowing hair of the princess in the Brothers Grimm fairytale, Nilanshi said she has not a visited a hairdresser for 11 years after a hair-raising ordeal.

She said: “At six, I had a very bad experience at a local salon. Since then I have been apprehensive about cutting my hair.My parents accepted my wishes and now my locks have become my lucky charm.” 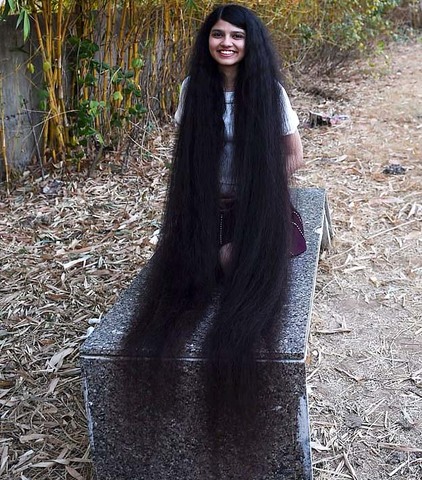 Nilanshi has to wear high-heeled shoes if she does not want her hair to touch the ground.

Apart from that, Nilanshi said she cares for her hair like every other teenager – but with help from her mother, Kaminibenat. 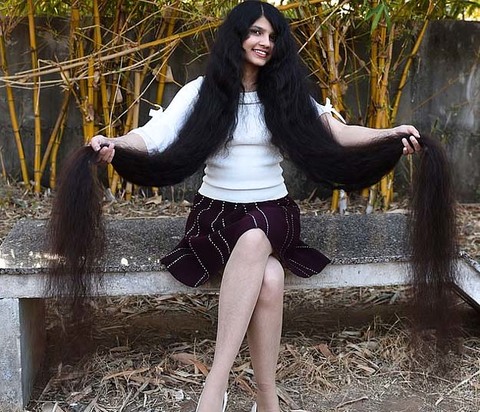 “I do what every teenager does. Wash the hair every week and oil it once or twice a week,” the aspiring engineer said, adding that she dries it by sitting in the sun or with a hairdryer.

“Mostly I keep a braid, but while playing or for some occasions, I tie the hair into a bun. The only time I have trouble is while swimming.”