Apprec­iation comes during his maiden visit to PAF headqu­arters in Islama­bad since assumi­ng charge as CJCSC
By News Desk
Published: January 21, 2020
Tweet Email 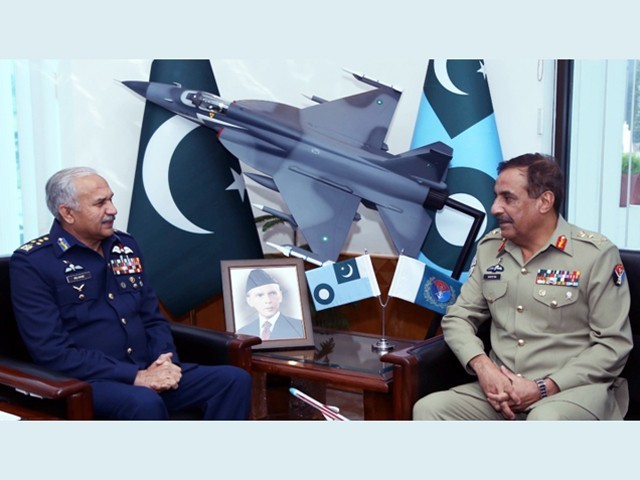 Chairman Joint Chiefs of Staff Committee (CJCSC) General Nadeem Raza on Tuesday paid a maiden visit to the Pakistan Air Force (PAF) headquarters in Islamabad, since assuming the charge of his new portfolio.

He met Air Chief Marshal Mujahid Anwar Khan in his office where the two discussed matters of professional interest, according to an official statement.

“The CJCSC lauded the valiant response by brave air warriors during Operation Swift Retort, in line with the glorious traditions of Pakistan Air Force,” the communique added.

‘The Operation Swift Retort’ was a dogfight on February 27 last year, which ended with the PAF shooting down two Indian warplanes for no loss and Pakistani forces capturing one of the downed pilots –Wing Commander Abhinandan Varthaman.

India admits downing own copter during air battle with Pakistan

He also appreciated the level of motivation among PAF personnel and expressed his confidence in the operational preparedness of the force.

The air chief highlighted various ongoing projects being carried out by PAF.

Earlier, upon his arrival at the headquarters the CJCSC was received by the air chief and a “smartly turned out” contingent of PAF presented him the guard of honour.

“He also laid floral wreath at the Martyrs’ Monument to pay homage to martyrs’ of PAF,” the statement concluded. 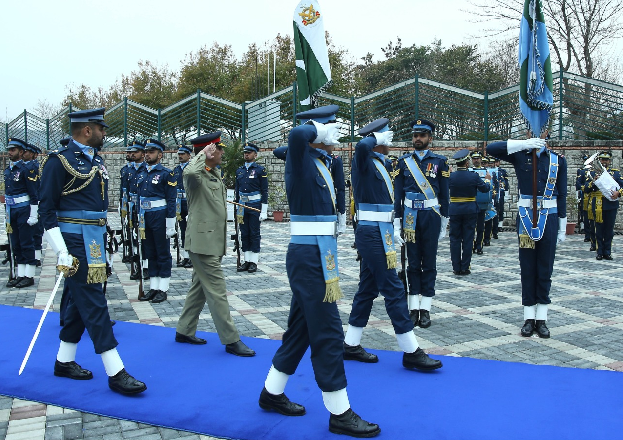