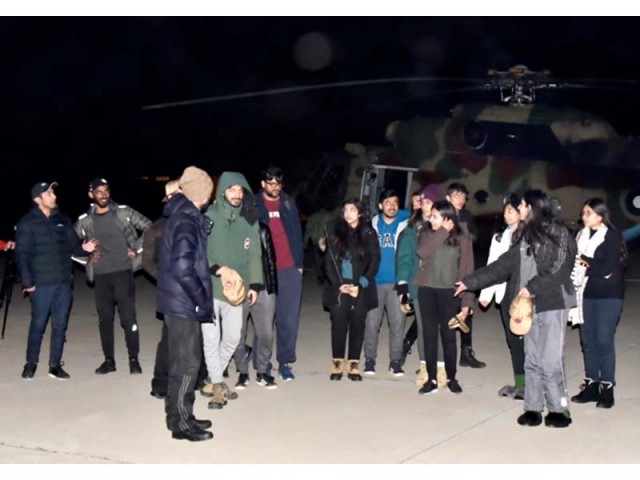 The Pakistan Army rescued 22 students who had been stranded in a snow-hit area of Gilgit-Baltistan (G-B) for the last five days, said a statement issued by the military’s media wing on Monday.

The students – 13 boys and nine girls – of the Lahore University of Management Sciences (LUMS) went to Rattu Ski Resort for skiing but were stuck there due to heavy snowfall and landslides, the Inter-Services Public Relations (ISPR) said. 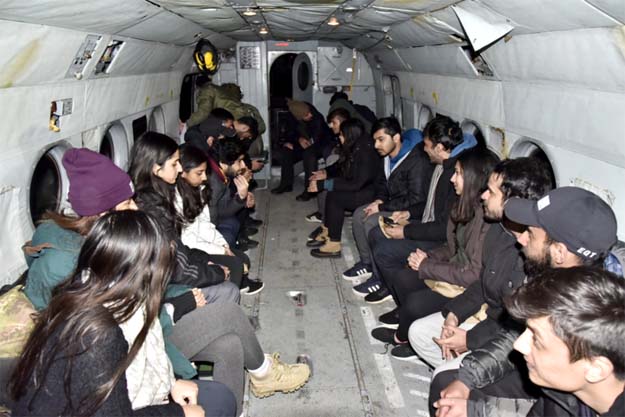 Students being rescued in an army helicopter. PHOTO: ISPR

The rescue operation was carried out on the directives of Chief of Army Staff (COAS) General Qamar Javed Bajwa soon after the LUMS administration approached the army for help.

The students were brought to Rawalpindi in an army helicopter and they are “on the way to their homes”, the ISPR added.

On Saturday, the Gilgit-Baltistan Disaster Management Authority warned of landslides and snow avalanches during the next five days.

People of the hilly areas prone to landslides and snow avalanches had already been asked to move to safe places to avoid any weather-related disaster.

According to the Pakistan Metrological Department, most parts of G-B remained below the freezing point with -18°C was recorded on Monday.

In a similar operation, a military helicopter rescued five people stranded at Deosai plains due to heavy snowfall in November last year.

Two British mountaineers were also rescued by army personnel from Koee Broghail Glacier in Chitral in October. The mountaineers had reportedly slipped from the glacier at a height of 14,000ft.