The Britis­h monarc­h shares her feelin­gs on the pairs decisi­on to step back from their roles
By Entertainment Desk
Published: January 14, 2020
Tweet Email 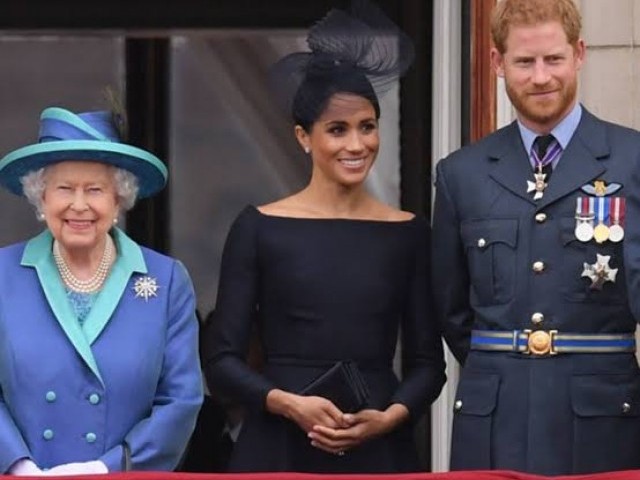 The Queen has released an official statement regarding Prince Harry and Meghan Markle’s decision to step back from their roles as senior members of the Royal family.

In a statement released on January 13, the British monarch stated that she had a discussion with her grandson and she is “entirely supportive of Harry and Meghan’s desire to create a new life as a young family.”

She went on to admit that she would have preferred they remain in their given posts but respects the choice they are making. The Queen continued that there will be a transition period before they become financially independent, or not reliant on British taxpayers. They will reportedly split their time between the U.K. and Canada.

“Today my family had very constructive discussions on the future of my grandson and his family,” the Queen’s statement began. “Although we would have preferred them to remain full-time working members of the Royal family, we respect and understand their wish to live a more independent life as a family while remaining a valued part of my family.”

Since the news broke on Wednesday, there have been plenty of reports about what this means for the Royal family, especially what Markle may do with her new freedom.

Will she get a deal with Disney? Return to acting? Or perhaps become a fashion mogul? The couple had earlier said they would now “balance” their time between Britain and North America and rip up long-established relations with the press, in a surprise statement on Wednesday that appeared to catch Buckingham Palace off guard.