US only has a patchw­ork of doctri­nes, operat­ional strate­gies, relics from Cold War, incomp­atible with nation­al goals
By Inam Ul Haque
Published: January 14, 2020
Tweet Email 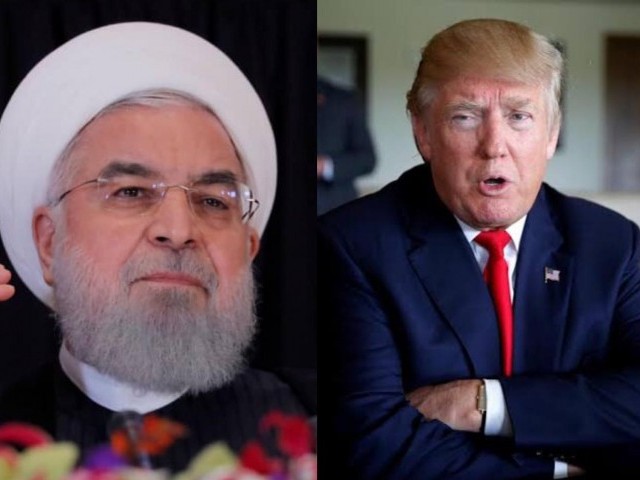 Grand strategy can be described as the “purposeful employment” of all elements of national power in the given and foreseeable regional and international environment. Traditionally — though arguably — its focus remains on the military implications of national policy. Liddell Hart considers it directed towards the “attainment of political objective of war”, hence its overlapping interface with foreign, media, economic and internal policies, for example. In its modernist understanding, grand strategy is an overarching concept, espousing firm political ownership and military support.

In case of the US, relevant literature cites defending the homeland, maintaining the global balance of power, investing in democracy, good governance and human rights, pursuit of rogue actors, defending liberalism and countering the global jihadist threat as constituents of US grand strategy. The 2017 National Security Strategy (NSS) document, signed by President Trump, outlines four pillars of the NSS, namely protection of American people, homeland and way of life; promoting American prosperity; preserving peace through strength; and advancing American influence. In the Middle Eastern context, the NSS focuses on — amongst others — the Iranian expansion and influence through partners and proxies; Iranian military threat, especially its intelligence capabilities, ballistic missiles and cyber potential; and Iran’s pursuit of nuclear technology. In response, the US vows to deepen regional alliances and partnerships, supporting reform, retaining necessary military presence, enhancing allies’ capabilities in counterterrorism and counterinsurgency and effective missile defence. It clearly states “work[ing] with partners to neutralize Iran’s malign activities in the region”.

This theoretical framework seems impressive. However, to critiques today, America has no real grand strategy. They only have a patchwork of doctrines, operational strategies, tactics and relics from the Cold War, incompatible with US national goals, national power, military strength and the changing nature of global threats and opportunities. The Gulf wars, the longest and aimless war in Afghanistan and the problematic presence in the Middle East amply testify to the absence of grand strategy. There are new and emerging challenges like global warming rendering most populated regions uninhabitable; cyber warfare that can endanger millions in big cities; Artificial Intelligence (AI) and quantum computing with unknown consequences; colonisation of outer space; and energy security, including future energy solutions that reduce dependence on oil. None of these “emerging realities” can be stopped by the military. Grand strategy in effect has to be epoch-making and profound. The US had two grand strategies in the near past. First, George Washington’s “Great Rule” that avoided military alliances for 150 years, transcending into the Monroe Doctrine that warned Europe to stay away from the Western hemisphere. The second being the 1947 Truman Doctrine, when the US extended its security umbrella to Europe and an expanding number of allies. Today it seems that the only superpower is reacting to events, at times, in a knee jerk manner rather than anticipating, thinking big and positively about the state of the planet rather than “state of the union”.

US actions in the Middle East today are not only inconsistent to the above strategic framework, but also violate the tenets of its own NSS. There are tangent objectives and implied goals that cause confusion like protecting and ensuring affordable oil supply; virtually protecting Israel and its interests at any cost; propping Iranian bogeys to sell arms to Arab states; and when convenient, rescinding international commitments like the Trans Pacific Partnership (TPP), Paris Agreement on climate change, North American Free Trade Agreement (NAFTA), etc. and the 2015 Iranian nuclear deal or the Joint Comprehensive Plan of Action (JCPOA).

The US has become an indecisive, reluctant and irate power under President Trump. There are wider disconnects between the departments of state, defence, CIA, Congress and Capitol Hill. Abrupt withdrawal from military commitments, leaving allies in the lurch, like the sudden withdrawal from Syria that left Kurds baffled, and calling off the Afghan peace deal after year-long negotiations at the last moment, are some examples of US “dysfunction”. The US seemingly wants regional stabilisation through controlled chaos — whether it controls chaos or chaos controls the US, is another discussion. Its protection of the allies also remains inconsistent, as two powerful attacks by Iran and Iranian-backed militia on Saudi oilfields last September evoked a minimal response and then a few missiles hitting American interests in Baghdad this January led to the killing of Gen Qasem Soleimani.

A lot has been written about the current stand-off between the US and Iran. A sequel to this Op-Ed would dilate upon Iran’s grand strategy. What was on display — from the American side — as this crisis unfolded, leaves a lot to be done differently. Dwindling domestic polls, the impeachment inquiry in the US Senate, frequent turn-over of experienced aides, and the desire to look “strong through unpredictability” seemingly forced President Trump to pick a “filler” option of killing Gen Soleimani, that was reportedly put on the table by the US military to persuade the Commander-in-Chief towards other pliable options, like targeting Iranian facilities in the region, etc.

The US government’s messaging was also confused and inconsistent. With the killing initially portrayed to avert “imminent threats” to four embassies by Iranian proxies under Gen Soleimani and then changing to retribution for his past actions and finally claiming it to be instigated by television footage of the Iranian-backed siege on the American Embassy in Baghdad.

When officials, experts and foreign governments are unable to figure out US goals and priorities vis-à-vis Iran, its red lines and possible compromising points, it is bad. Mixed signals also shape the adversary’s behaviour and that could be dangerous given the serious chances of miscalculation and the subsequent conflict spiralling out of control. In the prevalent geo-strategic environment involving a super power, there has to be a certain degree of certainty in the run up to a conflict, its possible course and most importantly its end point, particularly for the weaker side. Guessing games can be risky.

Another serious US miscalculation was the reaction to the killing. Even the Israeli response was muted and calibrated. Most regional powers called for a quick de-escalation with Saudi Arabia and the UAE dialling down tensions with Iran given Trump’s unpredictability and unreliability. Europe was loud and consistent against escalation but the most ferocious reaction — unexpectedly for Trump — was from within a divided US. The media, Congress and intelligentsia spoke clearly against a new unnecessary war and on January 10, 2020, Congress passed a resolution to “rein-in Trump’s ability to engage in military conflict against Iran” with 224 votes to 194.

Diplomatically, the US failed to offer what diplomats call “off-ramps” — low-stakes, easy actions for both sides to de-escalate, the essential first steps.

In sum, the US strategy, if any, backfired with the Iraqi parliament asking for the US withdrawal, the anti-Iran coalition fragmenting, pressure lifting off ISIS, Iran being encouraged down the nuclear path and US prestige injured for not honouring agreements. A grand strategy that curtails options is bad and when that happens, jittery Iranian air defenders shoot at passenger planes adding sorrow and agony to the uncertainty.