Xi Jinpin­g confer­red the award during a ceremo­ny at the Great Hall of the People in Beijin­g
By News Desk
Published: January 11, 2020
Tweet Email 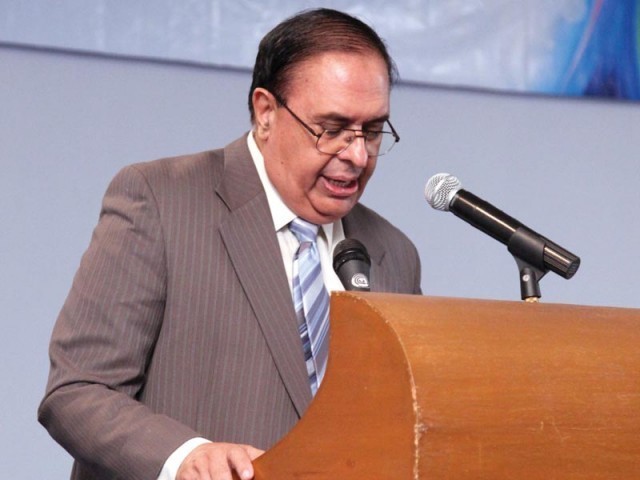 Chinese President Xi Jinping has conferred upon Pakistani scientist Dr Attaur Rahman ‘China International Science and Technology Cooperation Award’ – the highest scientific award of China – in recognition of his contributions in the field of chemistry, shared a spokesperson of the International Center for Chemical and Biological Sciences (ICCBS), University of Karachi (UoK) on Friday.

Dr Rahman was honoured with the award during a ceremony held at the Great Hall of the People in Beijing.

The award has previously been bestowed on several leading scientists of the world including Nobel laureates, the spokesperson said.

He obtained his PhD in inorganic chemistry from the University of Cambridge in 1968 and has to his credit 1,250 publications, including 775 research publications, 45 international patents, 69 chapters in various books and 341 books. Besides, he is the editor-in-chief of eight European journals of chemistry and the editor of world’s leading encyclopedic series on natural resources, ‘Studies in Natural Product Chemistry’.