New immuni­sation drive in eight distri­cts of K-P from next week
By ​ Our Correspondent
Published: January 11, 2020
Tweet Email 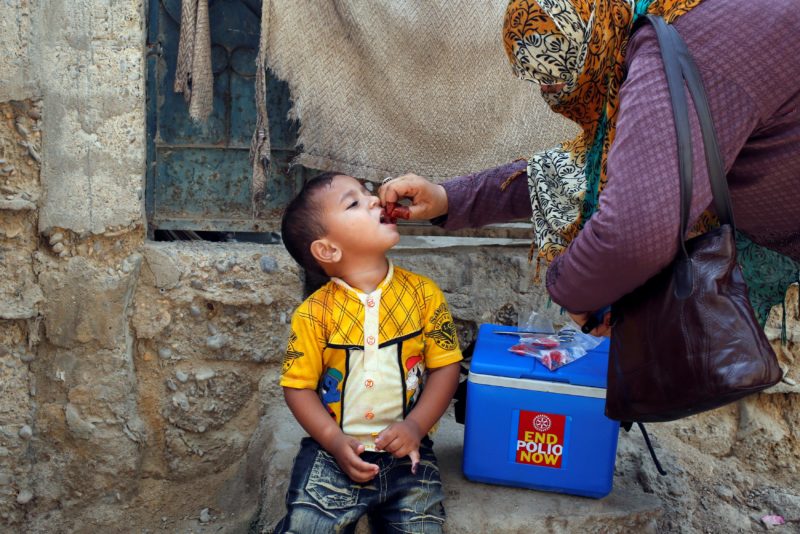 PESHAWAR: With 134 polio cases reported from the country last year, including a whopping 91 from Khyber-Pakhtunkhwa (K-P), the newly-installed provincial Health Minister Sharam Khan Tarkai on Friday expressed his concerns over the increasing number of polio cases surfacing in the province and directed the department to launch vaccination campaigns in the eight districts of the province from next week.

He said this while chairing a meeting at the K-P health department on Friday regarding the eradication of polio from the province.

During the meeting, K-P Emergency Operations Centre (EOC) coordinator Abdul Basit gave a briefing on the recently-reported polio cases and the measures being taken for the eliminations of the virus.

Most of the cases, Basit said, have been reported from the southern district of Lakki Marwat which has become an epicentre for polio.

Tarakai, who oversaw a period where cases in the province fell from a high of over 100 to just eight in 2018, directed the department to carry out special campaigns in eight districts including Buner, Swabi, Nowshera, Charsadda, Mohmand, Malakand, Mardan and Swat.

He also stressed on involving local religious scholars and teachers in the eradication efforts. “Both the opinion moulders should be utilized for the best outcome of the immunization campaign and ending the virus from the country,” Tarakai added.

“As per the directives of the prime minister, use all resources for curbing and eliminating diseases while teachers in schools and religious scholars in mosques should use their influence to spread this message to the public,” Tarakai said.

He further urged local political leaders to use their influence to ensure polio drives are successful.