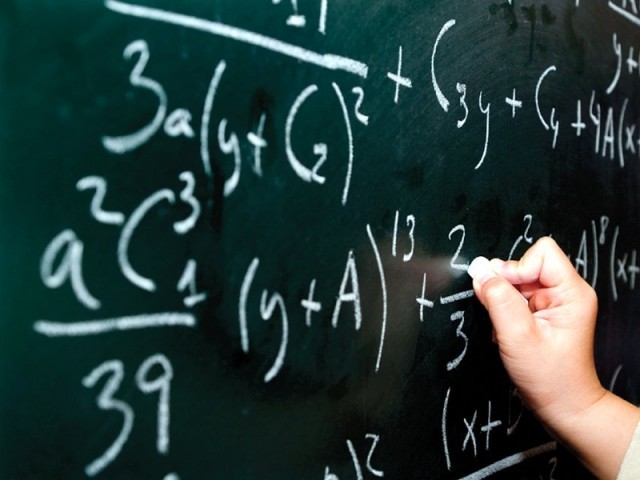 PESHAWAR: The opposition benches in the provincial assembly on Friday strongly reacted to reports that teachers were recently recruited in two districts after sitting a test by a private testing agency. The test went ahead even though the paper had leaked ahead of the test.

The matter was raised as the Khyber-Pakhtunkhwa (K-P) Assembly resumed on Friday with Speaker Mushtaq Ghani in the chair.

At the outset of the session, Leader of the Opposition in the assembly, Muttahida Majlis-e-Amal (MMA) lawmaker Akram Khan Durrani presented an adjournment motion on the recruitment of teachers by the K-P Elementary and Secondary Education Department (K-PESED) in Bannu and Lakki Marwat through a test conducted by the private Fair Testing Services.

Durrani claimed that the paper was leaked before the test. Instead of cancelling or postponing the test to ensure merit, the testing agency and the education department pressed ahead with the test on the scheduled date and time.

The scandal made it to the mainstream and social media. Despite the attention, he claimed that the education department has not heeded calls to take action against the officials responsible for what could have long-lasting effect on education in the province.

The opposition leader further claimed that the former adviser to the chief minister on education affairs Ziaullah Bangash allegedly owned shares in the testing agency and that he had violated the limits of his office by appointing it for testing.

Durrani demanded that the candidates should be reimbursed for the cost of the test while an inquiry should be launched in the matter.

The newly appointed Education Minister Akbar Ayub Khan briefed the house that the testing service has obtained a stay order from the court. He, however, assured that if the matter could not be resolved, the service could be blacklisted.

Awami National Party (ANP) Parliamentary Leader Sardar Hussian Babak asked how could public office holders set up a testing agency and then grant them a contract from the department which they oversee.

ANP’s Khushdil Khan asked why the provincial government does not trust its own testing institutions, and questioned the need for contracting a testing agency from Punjab to conducted tests in the province. He demanded that the department should be given the mandate to hold recruitment tests within the province.

K-P Law Minister Sultan Muhammad Khan remarked that this is an issue of provincial importance and it should be approved for detailed debate. Subsequently, Ghani approved the matter for general discussion.

As the question and answer session began, ANP’s Shagufta Malik and Jamiat Ulema-e-Islam-Fazl (JUI-F) Naeema Kishwar protested before the speaker that most of their queries have not been addressed on time and directives of the speaker are being flouted by officials.

They threatened to walk-out from the session unless their demands were approved.

In his ruling, K-P Assembly speaker directed staffers of respective departments to respond to queries of lawmakers within two working days. Should officials delay responses on any pretext, they could be suspended from their posts.

Further, Speaker Ghani declared that the questions left unaddressed due to the absence of the concerned ministers will be referred to the relevant standing committees for resolution.

During the session, the questions relating to the children living at Zamung Kor and their upbringing there, recruitments and funds distribution in social welfare, protection of women and anti-harassment measures in the public and private originations have been referred to the committee concerns.

Akbar told the house that anti-harassment committees have been formed and will address cases.

Pakistan Peoples Party (PPP) lawmaker Nighat Orakzai, on point of order, stated that despite the directions from the speaker to conduct an inquiry, Khyber Medical College Vice-Chancellor Dr Arshad Javaid was still performing his responsibilities.

Speaker Ghani remarked that every act of government takes time to implement as there are legal procedures which need to be completed. He explained that the matter of inquiry has been referred to K-P Governor Shah Farman, who had the authority to look into the matter and decide the fate of the inquiry.

“The chair of the speaker should not be taken for granted. You have observed the power and limits [of the chair] in the PAC meeting through which we have recovered Rs5 billion from various departments, but we have to take every department with us collectively,” Ghani said.

JUI-F MPA Malik Zafar Azam noted that the matter of dual nationals has been decided by the courts and that discussing it in the house will be a waste of time.

Jamaat-e-Islami’s (JI) Inyatullah Khan backed Azam by stating that the court’s verdict was clear and assertive.

Senior Tourism Minister Atif Khan introduced the K-P Vagrancy Restraint Bill 2020, and the K-P Government Rest Houses and Tourism Properties (Development, Management and Regulation) Bill 2020, were tabled in the house on Friday. The assembly passed the K-P Civil Administration (Public Service Delivery and Good Governance) Bill 2020, during the session — the bill had been introduced by Sultan earlier in the week.

A lawmaker belonging to the MMA introduced the Land Acquisition (K-P) Bill, 2020. The house referred the bill to the select committee with the consent of the mover and the relevant minister.

Under the vagrancy law, parents of children found begging will be fined and could also face jail time if they force their children into seeking alms.

The bill also stated that anyone found in obscene or vulgar positions will be imprisoned for three years and the concerned authority could keep them in a Darul Kafala. A standing committee will be formed consisting of the Zakat and Usher chairman, Social Welfare deputy secretary, Human Rights director, parliamentary affairs director, district social officer and the provincial police chief will oversee matters.

The committee will have the authority to form policy, guidelines, administrative affairs, facilities at the Darul Kafala, and technical assistance to the institutions. The committee will also meet every three months and its decisions will be as per the decision of the majority of the committee members.