RDTB opens route to new airpor­t, people with even one bus can apply for a permit
By Qaiser Shirazi
Published: January 9, 2020
Tweet Email 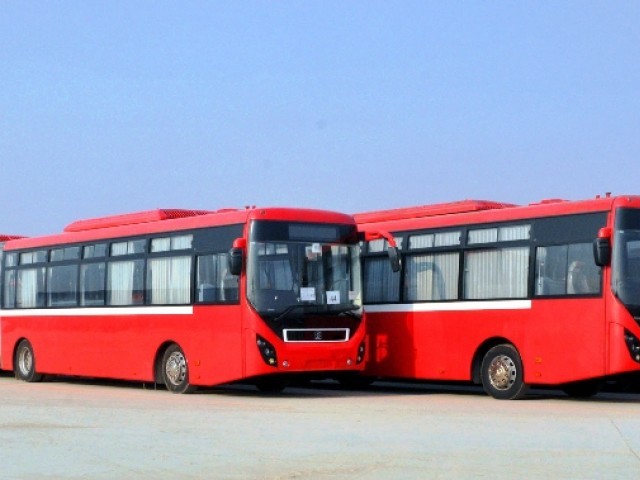 RAWALPINDI: With residents of the twin cities facing difficulties in travelling to the Islamabad International Airport in Fateh Jhang amid frequent complaints that cab drivers fleece passengers, the Rawalpindi District Transport Board has decided to open a new bus route from the city to the airport and back. It has invited applications from bus owners to seek permits to ply their vehicles between designated stops of Rawalpindi and the airport.

Under the plan, air-conditioned buses will solve problems faced by citizens and overseas Pakistanis who wish to commute to and from the airport, officials said, adding that the board was offering route permits on a first-come-first-serve basis.

The decision came during a meeting of the Rawalpindi District Transport Board (RDTB). The meeting had been chaired by Rawalpindi Deputy Commissioner Saifullah Dogar.

It was decided that the route will operate from two locations in Rawalpindi. One route will commence from Rawat and snake its way through Kutcheri Chowk, Saddar, Peshawar Road, Chor Chowk, Pirwadhai Mor, Golra Mor, Chungi 26 and Motorway Chowk before heading to the new airport.

The second route will commence from Koral Chowk. After passing by the old Benazir Bhutto International Airport, it will make its way around Ammar Chowk, Kutcheri Chowk, Saddar, Peshawar Road and culminate at the new airport.

The district administration has decided to limit the maximum fare for air-conditioned buses on these two routes at Rs200 per end-to-end ride. The minimum fare between two stops has been suggested to stay at Rs50.

The transport board expects that at least 10 buses will ply on each of the two routes. The district administration had earlier offered private transport companies to obtain permits for these routes, but due to the high fares and strict conditions of the companies, the transport board decided to invite open bids for this important route.

With the opening of the route, the owner of even a single bus will be eligible to apply for the permit, while more than one party can apply for a joint route permit.

According to the transport board’s decision, conditions will be easy enough for the local transport sector to take advantage, provided they meet the basic requirements that they are air-conditioned, have space on the left side for convenient loading and unloading of luggage on footpaths.

Moreover, buses plying on the route should not be more than two years old.

Moreover, the transport board intends to include at least 10 stops along each route including at Kutcheri Chowk, Rawat, Soan Adda, Saddar Metro Station and other such key locations.

At the moment, there is no real public transport available for passengers who want to travel to the new airport. An extension of the metro bus service remains under construction.

In the absence of public transport, people are forced to take cabs to travel to and from the airport. The cabs plying between Rawalpindi and IIA charge between Rs1,000 to Rs3,000 for one side during the day. As the sun goes down, the fares go up to Rs2,500 to Rs4,000. After midnight, taxi drivers can demand as much as Rs5,000 to Rs7,000 for hauling passengers to the airport.

Transport board officials say once the regular bus service starts, people will be able to commute to IIA for just Rs200.

Earlier, citizens had urged the authorities to start a bus service to cover the 35-kilometre-long distance to the new IIA to facilitate passengers.

A project to facilitate the passengers travelling from Rawalpindi to the IIA in air-conditioned buses had fallen through last year due to a disagreement between transporters and the district administration.

Given the shortage of time and resources, the authority had initially planned to operate the service by engaging a private transport company. However, the condition of predefined stops did not conform to the behaviour patterns of locals.

This irked the transporters who demanded to increase the number of stops near Rawat and the airport so that they could fill up more passengers and increase returns on each trip.

The situation took a turn for the worse when the Regional Transport Authority failed to build a terminal for the buses in Rawat after the administration allegedly refused to allocate land for the purpose.