New busses to ply along 14 routes across the city
By ​ Our Correspondent
Published: September 19, 2019
Tweet Email 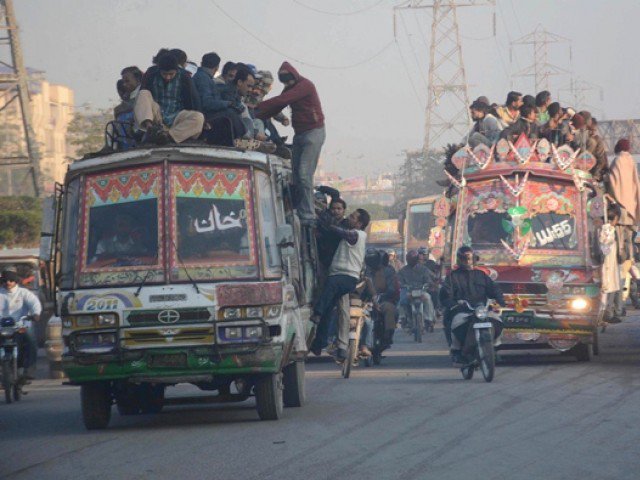 A file photo of local buses in Karachi (PHOTO: EXPRESS)

KARACHI: The Regional Transport Authority (RTA) Board has approved route permits for 200 new buses that would ply along 14 routes across the city.

The decision was taken in a meeting of the RTA board, headed by Karachi Commissioner Iftikhar Shallwani on Wednesday.

The commissioner was informed by the RTA officials that there are 200 new buses that the Daewoo Pakistan group was going to ply on the roads of Karachi under its agreement with the provincial government.

The routes the buses will travel on will be from Landhi (Babar Market) to Baldia, Surjani to Korangi, Landhi (Quaidabad) to Surjani Town, Gulshan-e-Maymar to Tower, Landhi to Lea Market, Gulshan-e-Hadeed to Lucky Star, Landhi (Bhains Colony) to Saddar, Malir Cantt to Tower, Malir Khokhrapar to Tower, North Karachi 7D to Tower, Shah Faisal Colony to fisheries, LERP Colony to Dockyard, Taiser Town to fisheries and Dawood Chowrangi to Tower.