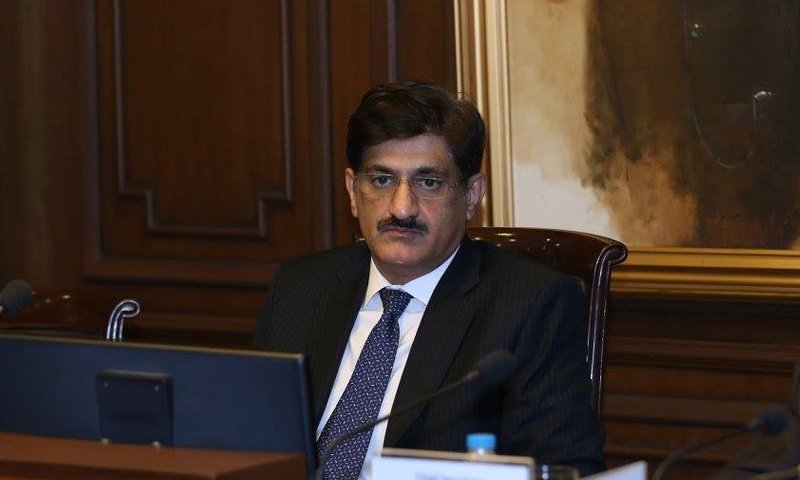 KARACHI: The Sindh Assembly passed on Tuesday a bill, bringing into effect the transference of governor’s authority to appoint the provincial ombudsperson to the chief minister (CM), amid outcry from the opposition. As Sindh Parliamentary Affairs Minister Mukesh Kumar Chawla presented the bill, opposition members protested the move and staged a walkout.

Earlier, the authority to appoint the ombudsperson rested with the governor who was also the appointing authority for the vice-chancellors of public sector universities and chairpersons of the examination boards. But taking advantage of the 18th Amendment, the Sindh Assembly amended all the relevant laws, depriving the governor of his role in matters of universities and boards and bestowing the same powers upon the chief minister. As a result, the governor’s authority was and his role remained largely ceremonial. However, the law dealing with the department of ombudsperson was not changed.

The statement of objects and reasons of the bill refers to a ruling issued by the Supreme Court in 2011 and states, “It has been observed that executive authority being exercised by the governor is in violation of the constitution, therefore the government is making the law to empower the CM.”

Moving the ‘Establishment of the Office of Ombudsman for the Province of Sindh (Amendment) Bill, 2010’, the assembly further limited the governor’s role.

Presenting the bill, Chawla said, “in order to make the role of the provincial ombudsperson more effective, it is expedient to empower the chief minister.”

Speaking on the matter, Sindh CM Syed Murad Ali Shah gave the example of Punjab and Khyber-Pakhtunkhwa, where a similar bill has been passed, and basing his argument on this ground he said the opposition members should support the bill.

However, the bill drew opposition’s ire and members of Pakistan Tehreek-e-Insaf (PTI) and Muttahida Qaumi Movement-Pakistan protested the proposed law. They stood up from their seats, denouncing the move aimed at shifting the governor’s powers to the CM, but, the assembly speaker Agha Siraj Durrani did not give them the chance to voice their concerns.

However, the bill was passed with majority votes from the treasury benches.

Later, speaking to media persons outside the Sindh Assembly, PTI MPA Khurram Sher Zaman said, “we boycotted [the assembly] session in condemnation of the bill aimed at snatching away the rights of the governor.” Lambasting the Pakistan Peoples Party (PPP), he said that it claimed to champion democratic but didn’t give the lawmakers from the opposition a chance to speak on the matter.

“All opposition parties have boycotted [the session] because the PPP did not let us speak on the matter,” added Zaman.

Meanwhile, Abdul Rashid of Muttahida Majlas-e-Amal (MMA), who has backed the government on various issues, also supported the boycott.

The assembly also passed a bill to make an amendment to the ‘Provincial Motor Vehicles Act’, so as to issue a smart card for the registration of vehicles in Sindh.

Another bill presented for the establishment of Shaheed Allah Buksh Soomro University of Art, Design and Heritage, Jamshoro, was, however, referred to the standing committee.

Earlier, as the assembly session commenced, the CM requested the speaker to grant him time for making a statement.

Referring to Article 158 of the Constitution of Pakistan, which pertains to the gas distribution between the federating units, he said the severe gas crisis in Sindh has created resentment among domestic and commercial consumers. As per law, the area wherefrom gas is produced is to be given preference in the distribution of the resource, he said, adding that “controversial statements” by two federal ministers had left the citizens confused.

“The operation of small and medium sized industries has come to a standstill and CNG stations remain closed for days. The federal government is not recognising the constitutional rights of Sindh and insists on importing LNG at an exorbitant price,’ he said. “Today, I will again write a letter to the PM on the issue [and] I hope that he will direct his ministers to stop leveling false allegations against the Sindh government.”

Later, PPP MPA Siraj Qasim Soomro moved a resolution to change the name of Moenjo Daro, an archaeological site of the Indus Valley, to Mohenjo Daro. But Chawla opposed it and the resolution was deferred.

The speaker adjourned the session till January 22.