Opposi­tion member­s take up issue before PM, who assure­s no power plant will be establ­ished
By Hafeez Tunio
Published: October 22, 2019
Tweet Email 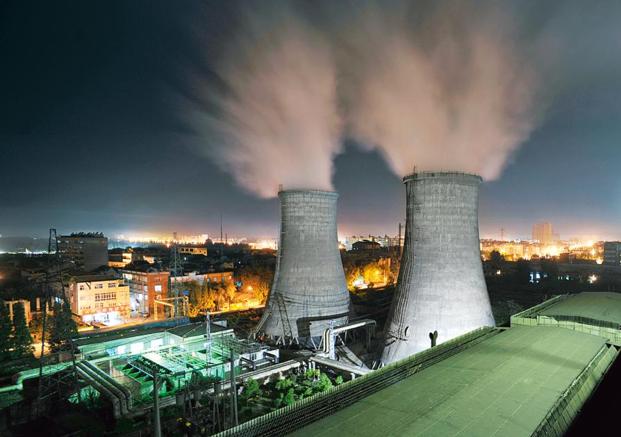 KARACHI: The treasury and opposition members in the Sindh Assembly on Monday joined hands against the Indus River System Authority (IRSA) and Punjab government’s decision to build a 25 megawatt power plant on the controversial Chashma Jehlum (CJ) Link Canal. They passed a unanimous resolution, demanding the federal government to “abandon” the hydropower scheme “once and for all”.

The CJ canal, built on River Indus as a ‘flood canal’, is supposed to be filled with surplus water of the Indus River only in a flood-like situation. Contrary to this, officials keep this canal open throughout the year, taking more water from Sindh’s share to irrigate barren lands in Punjab.

The canal has been a bone of contention between Sindh and Punjab for years now. The latest controversy came to the fore when the IRSA – a regularity body comprising representatives from all four provinces – ignored the Sindh’s member’s objections and gave the go-ahead to build a hydropower plant on the canal. The matter was not only put up in the assembly, opposition members belonging to the Pakistan Tehreek-e-Insaf (PTI), Grand Democratic Alliance (GDA) and Muttahida Qaumi Movement-Pakistan (MQM-P) also raised the issue before Prime Minister Imran Khan at the Sindh Governor’s House on Monday.

“We, the opposition members sitting in this house, held a meeting with the prime minister today. The PM and federal minister for water and power have assured that no power plant will be set up and no one can reduce Sindh’s due water share,” Opposition leader in Sindh Assembly, Firdous Shamim Naqvi, told the assembly while speaking on the resolution.

Earlier, Sindh Chief Minister Syed Murad Ali Shah, while raising the issue in the assembly, said that the IRSA did not have the mandate to grant an NOC to allow a private company to build a hydropower plant on the canal.

Briefing the house about the historical context of the dispute, the CM said that the same situation had emerged in 2009 when a company was formed to build the power plant on the CJ Canal and subsequently, NEPRA had issued a generation license for it.  “We protested the move because Sindh was already suffering from a severe water shortage and could not afford more water to be diverted from its share,” said the CM, adding that the Sindh Assembly has adopted a resolution in January 2010, after which the power generation licence was cancelled. The same issue was taken up in 2016 and after Sindh government’s strong opposition, they backed off, he explained.

“The CJ Link Canal is a non-perennial canal which is supposed to be open in flood season, but they want to convert it into a perennial canal, taking share from our water. We will not allow it,” he said, requesting the opposition members in the Sindh Assembly to support the provincial government and mount pressure on the PTI government in the Centre to avoid such a move.

Referring to his meeting with the PM, Naqvi said, “We have convinced the prime minister on it and believe that all water accords between provinces should be implemented in letter and spirit.”

Naqvi added that his party had also submitted a resolution in the Sindh Assembly secretariat against the hydropower plant. “I will appreciate if you allow our parliamentary leader, Haleem Adil Sheikh to read it, after which we can jointly pass it,” he said.

But the CM, quoting the rules, said that it was the same issue and a PPP MPA had already moved a resolution, so all parliamentary parties in the session must support it.  During the arguments, the deputy speaker put the resolution in the house.

Shaikh and other opposition members stood up from their chairs, requesting to be allowed to move their resolution. But the deputy speaker announced voting on it. All MPAs on the treasury and opposition benches supported the resolution moved by PPP MPA Aziz Junejo, which reads, “This assembly categorically rejects the NOC given by the Indus River System Authority for the controversial hydropower plant on the Chashma Jehlum Link Canal. This move is against the wishes of the people of Sindh.” Later, the deputy speaker adjourned the session till today (Tuesday).

Meanwhile, PTI’s Sheikh has demanded that the system of distribution of water among provinces be given to a third party to maintain its transparency and fairness.

Talking to the media outside the Sindh Assembly after submitting a resolution against the controversial hydro-power project on CJ Link Canal, he said that though setting up a run-of-the-river project to produce cheap electricity makes sense, the CJ canal is mired in controversy. He said whenever this link has opened, the share of Sindh’s water suffers, or the perception exists that it suffers. He said it is important for the federation that water is shared among provinces in letter and spirit as agreed under the IRSA accord.

Water sharing is an issue where we need transparency not only at the national but also at the provincial level, he asserted, adding that the lower part of Sindh has suffered greatly due to the corruption in the Sindh Irrigation department. Furthermore, the Sindh government has failed to protect the water ways, canals, rivers and channels from harmful effluents. The population of Sindh has no access to safe drinking water, regretted Sheikh.

“We demand a water policy from the federal and provincial government for just distribution of water to all,” said Sheikh. “To ensure that those who steal water are made an example,” he said, “all water resources must be protected under the policy and those who steal or pollute them should be dealt with harshly and expeditiously.”