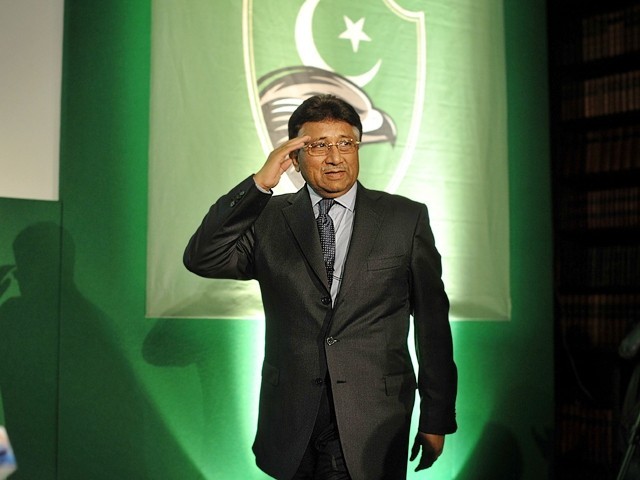 In its meeting, ECP rejected objections of two parties that had challenged the registration of Musharraf’s party with the name of APML.

An official of the ECP told The Express Tribune that the commission held the objections baseless as both the parties were only on paper and had no real existence.

The official said that under the political parties act of 2002, the ECP does not register any party, but only analyses the documents of the parties, and if they are complete, election symbols are allotted and the party is allowed to take part in polls.

After quitting power Musharraf had made a party in 2009. Its application with the ECP lingered on since the commission was not complete.

The meeting also decided to remove symbols that look alike and create confusion for the voters when published on the ballot paper. “Symbols like sparrow and parrot, stick and arrow, box and briefcase etcetera create confusions,” the ECP official said.

He said the commission also recommended that symbols that can be considered derogatory be removed.  The official said the commission has directed its election branch to make a list of all such symbols and include new symbols such as a computer and mobile phone in the list as some of the traditional symbols are not recognisable to the younger generation.

The commission has summoned 29 lawmakers who were elected in the by-polls held after the passing of the 18th constitutional amendment to appear on August 13 and give their point of view on a case pending with the Supreme Court on the validity of the elections.

Attorney General of Pakistan has also been called on the same day.

The SC had questioned the validity of election of these lawmakers, because the commission’s composition was not in conformity with the 18th amendment  and the government had not appointed its four members. Nine MNAs, 16 MPAs and three Senators were elected during this period.

The government had announced to bring a 19th amendment to give a legal cover to the election of these members, but the idea did not materialise due to increasing political polarisation in the country.