“You will start the war but we will end it,” Qaseem Soleim­ani had told US Presid­ent Trump
By Reuters
Published: January 3, 2020
Tweet Email 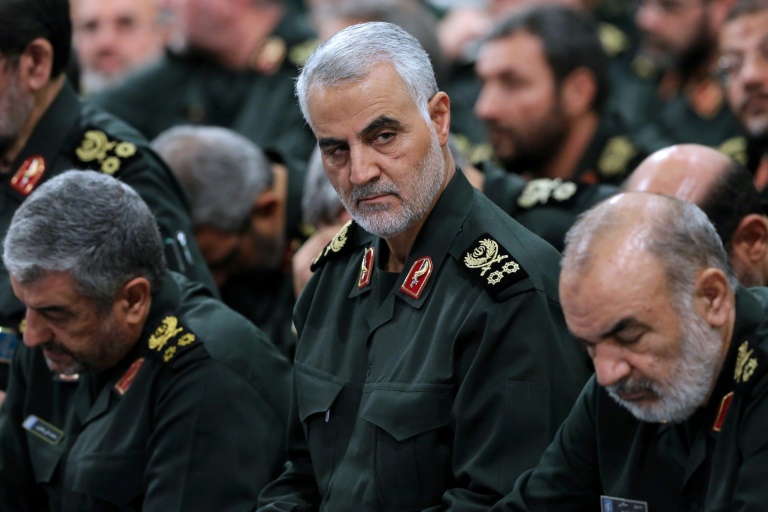 Iranian Major-General Qassem Soleimani, the top commander of the elite Quds Force of the Revolutionary Guards, helped Iran fight proxy wars across the Middle East by inspiring militias on the battlefield and negotiating with political leaders.

His death on Friday in a United States airstrike on his convoy at Baghdad airport marked the end of a man who was a celebrity at home and closely watched by the United States, Israel and Tehran’s regional rival Saudi Arabia.

The Pentagon said the strike was aimed at deterring future Iranian attack plans.

Soleimani was responsible for clandestine overseas operations and was often seen on battlefields guiding Iraqi Shia groups in the war against Islamic State.

He was killed along with top Iraqi militia commander Abu Mahdi al-Muhandis. Both men were seen as heroes in Iran’s fight against its enemies and state television heaped them with praise shortly after their deaths were announced.

The television showed footage of him with Iran’s Supreme Leader Ayatollah Ali Khamenei and in war zones in military garb, including as a young high-school graduate commanding a unit in Iran’s war with Iraq in the 1980s.

After that, he rose rapidly through the ranks of Iran’s Revolutionary Guards to become chief of the Quds Force, a post in which he helped Iran form alliances in the Middle East as it came under pressure from US sanctions that have devastated the Islamic Republic’s economy.

The United States designated the Revolutionary Guards a foreign terrorist organisation in 2019, part of a campaign of maximum pressure to force Iran to negotiate on its ballistic missile programme and nuclear policy.

Soleimani had a pointed reply: any negotiation with the US would be “complete surrender.”

Soleimani’s Quds Force shored up support for Syrian President Bashir al Assad when he looked close to defeat in the civil war raging since 2011 and also helped militiamen defeat Islamic State in Iraq.

Its successes have made Soleimani instrumental to the steady spreading of Iran’s clout in the Middle East, which the United States and Tehran’s regional foes Saudi Arabia and Israel have struggled to keep in check.

Khamenei made Soleimani head of the Quds Force in 1998, a position in which he kept a low profile for years while he strengthened Iran’s ties with Hezbollah in Lebanon, Assad’s government, and Shia armed- groups in Iraq.

In the past few years, he has acquired a more public standing, with fighters and commanders in Iraq and Syria posting images on social media of him on the battlefield, his beard and hair always impeccably trimmed.

“WE ARE CLOSE TO YOU” 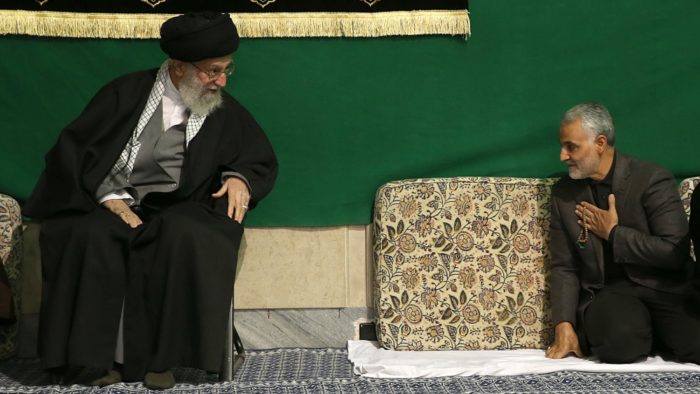 Soleimani’s growing authority within Iran’s military establishment was apparent in 2019 when Khamenei awarded him the Order of Zolfiqar medal, Iran’s highest military honour. It was the first time any commander had received the medal since the Islamic Republic was established in 1979.

In a statement after Soleimani’s death, Khamenei said harsh revenge awaited the ‘criminals’ who killed him. His death, though bitter, would double the motivation of the resistance against the United States and Israel, the Iranian leader said.

“Soleimani is … not a man working in an office. He goes to the front to inspect the troops and see the fighting,” a former senior Iraqi official, who asked not to be identified, said in an interview in 2014.

“His chain of command is only the Supreme Leader. He needs money, gets the money. Needs munitions, gets munitions. Needs material, gets material,” the former Iraqi official said.

Soleimani was also in charge of intelligence gathering and covert military operations carried out by the Quds Force and in 2018 he publicly challenged US President Donald Trump.

“I’m telling you, Trump, the gambler, I’m telling you, know that we are close to you in that place you don’t think we are,” said Soleimani, seen wagging an admonishing finger in a video clip distributed online.

“You will start the war but we will end it,” he said, with a checkered keffiya draped across the shoulders of his olive uniform.

“GETS WHAT HE WANTS” 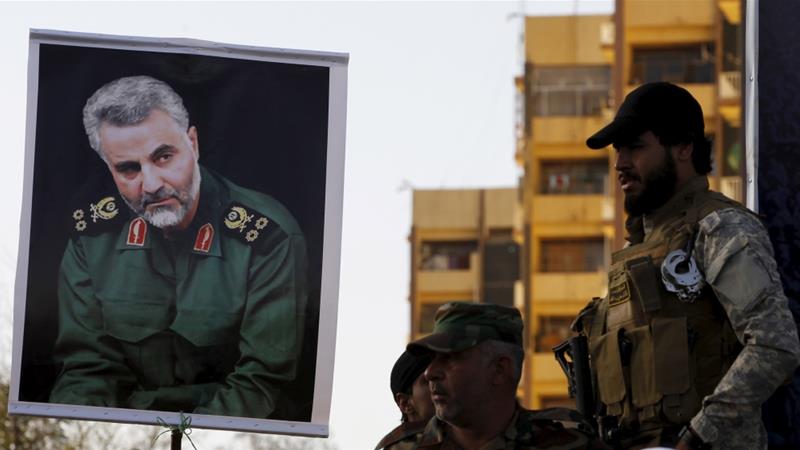 Softly-spoken, Soleimani came from humble beginnings, born into an agricultural family in the town of Rabor in southeast Iran on March 11, 1957.

At 13, he traveled to the town of Kerman and got a construction job to help his father pay back loans, according to a first-person account from Soleimani posted by Defa Press, a site focused on the history of Iran’s eight-year war with Iraq.

When the revolution to oust the Shah began in 1978, Soleimani was working for the municipal water department in Kerman and organised demonstrations against the monarchy.

He volunteered for the Revolutionary Guards and, after the war with Iraq broke out in 1980, quickly rose through the ranks and went on to battle drug smugglers on the border with Afghanistan.

“Soleimani is a great listener. He does not impose himself. But he always gets what he wants,” said another Iraqi official, adding that he can be intimidating.

At the height of the civil war between Sunni and Shia militants in Iraq in 2007, the US military accused the Quds Force of supplying improvised explosive devices to Shia militants which led to the death of many American soldiers.

Soleimani played such a pivotal role in Iraq’s security through various militia groups that General David Petraeus, the overall head of US forces in Iraq at the time, sent messages to him through Iraqi officials, according to diplomatic cables published by Wikileaks.

After a referendum on independence in the Kurdish north in 2017, Soleimani issued a warning to Kurdish leaders which led to a withdrawal of fighters from contested areas and allowed central government forces to reassert their control.

He was arguably even more influential in Syria. His visit to Moscow in the summer of 2015 was the first step in planning for a Russian military intervention that reshaped the Syrian war and forged a new Iranian-Russian alliance in support of Assad.

His activities had made him a repeated target of the US Treasury: Soleimani was sanctioned by the United States for the Quds Force’s support for Lebanon’s Hezbollah and other armed groups, for his role in Syria’s crackdown against protesters and his alleged involvement in a plot to assassinate the Saudi ambassador to the United States.

Soleimani’s success in advancing Iran’s agenda had also put him in the crosshairs of regional foes Saudi Arabia and Israel.

Top Saudi intelligence officials looked into the possibility of assassinating Soleimani in 2017, according to a report in The New York Times in 2018. A Saudi government spokesperson declined to comment, the Times reported, but Israeli military officials publicly discussed the possibility of targeting him.

US Congress not told ahead of Soleimani killing