Police roundup: A year of unprecedented brutalities in Punjab

Police roundup: A year of unprecedented brutalities in Punjab 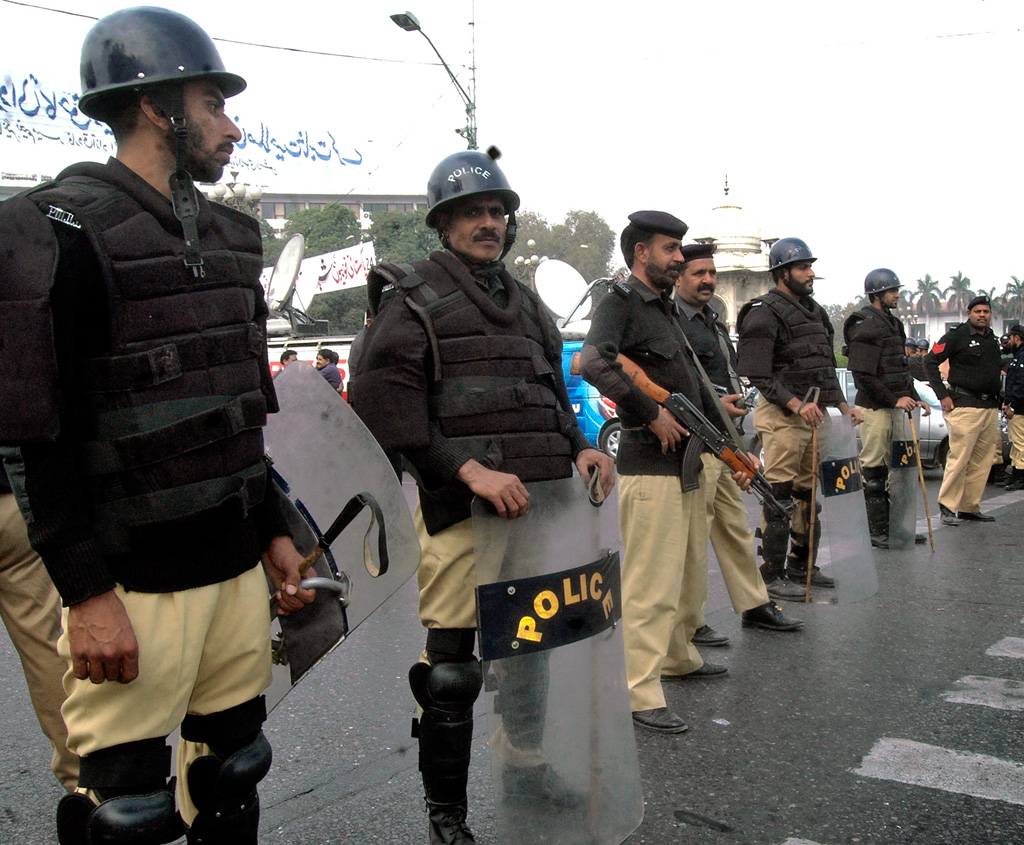 Despite being strongly criticised in the past for its brutal actions in violation of the law, the Punjab Police retained its tainted image throughout 2019. With incidents like the custodial death of the ATM thief Salah Uddin, the Sahiwal tragedy where a family was shot to death by the police, and the existence of illegal torture cells in Gujjarpura, police personnel continued to abuse their authority through unwarranted infliction of excessive force while performing their official duties.

Besides the aforementioned horrific incidents, dozens of other occurrences related to custodial deaths, torture, verbal harassment and unwarranted shooting incidents were also reported. To top it all off, the practice of transgression of authority was consistently carried out by police personnel in almost every month of the year.

What is more, even when arrests were made by the Punjab police that temporarily provided the masses with a ray of hope, many of the suspects or accused involved in different incidents managed to get scot-free through court orders, reaching reconciliation with the aggrieved party or through other means.

A glance at the brutalities

The Sahiwal Tragedy took place on January 19, 2019, when Mohammad Khalil, 42, and his wife Nabila, 38, along with their 13-year-old daughter Areeba, a neighbour and their driver Muhammad Zeeshan were shot to death by Counter-Terrorism Department (CTD) squad in an alleged fake encounter on a busy highway. The incident was recorded by passers-by that showed the team mercilessly opening fire on the family. Two children, Umair Khalil and his sister received injuries but survived the attack. The CTD squad dumped them on a roadside few yards away from the place where the encounter took place.

After the case was highlighted on traditional and social media, the CTD, within few hours, issued different versions about the victims. Initially, a CTD official statement labelled them as ‘abductors’. In a modified statement, the family was declared ‘terrorists’. However, in another version, the Punjab Police backed out from their initial versions and conceded that only Muhammad Zeeshan, the driver, was a terrorist while others died as a result of collateral damage. Initially, the CTD also levelled allegations against the family for firing at the police, but the statement was proven false later as the family was unarmed and no weapons could be found in the car.

The members of the CTD team were arrested and an FIR was also registered against them. A few senior police officers, including CTD chief, were removed from their positions. A joint investigation team (JIT) was also formed to probe the matter. However, a few weeks later, the CTD chief was reinstated. As for the suspected members of the team involved in the extrajudicial killing of the family, an Anti-Terrorism Court (ATC) acquitted them in October.

On April 11, 2019, a 20-year-old man lost his life while another youth was injured after a police mobile hit them in Lorry Ada police limits. The deceased, Sheharyar, and the injured victim, Faizan, were riding a bike and going somewhere when the police hit them. Per witnesses, the policemen fled from the scene instead of transporting the victims to the hospital and also left their weapons on the crime scene.

On May 18, an innocent woman identified as Nasreen Waris Maseeh, a resident of Nishtar Colony in Lahore, was shot dead by a Dolphin Squad Team. The victim was returning to Youhanabad along with her family members, from the Punjab Institute of Cardiology.

On May 21, footage surfaced which showed a youth being subjected to third-degree torture inside the Lytton Road Police Station lock-up.

On May 25, at least five police officials, including the station house officer (SHO) Samanabad were booked under charges of abduction for ransom. The complainant in the case had to approach the deputy inspector general (DIG) operations to take action, while another had to knock the door of the court to initiate legal action against the officers concerned.

In June, a youth identified as Umar Raza was shot and injured by a Dolphin Squad Team in Gulberg. The team, instead of shifting the injured victim to the hospital, transported him to the police station and subjected him to torture to extract a confession. As Raza’s condition deteriorated in custody, the police were compelled to shift him to the hospital where he survived after receiving timely treatment.

In July, a sodomy suspect was found dead at the Akbari Gate Police Station. Per the police, the deceased committed suicide by hanging himself. However, the family alleged the police for murdering him.

On August 17, another case of custodial death was reported at the Lower Mall Police Station lockup. The victim identified as Shan alias Shani, a resident of Farukhabad, was in the custody of the police over allegations of at least 35 cases of theft and robbery. He was reportedly injured after he attempted to commit suicide, according to the police. Instead of shifting him to hospital for treatment, however, he was locked up where he succumbed to his injuries.

Similarly, the horrifying case of the illegal private torture cells set up at Lahore’s Gujjarpura surfaced in the last week of August. During a governmental raid at a building of the forest department, officials spotted a few victims locked therein by the police. In a video, the victims spoke out and said that the police had allegedly picked them up without a warrant, detained them illegally at the place and had subjected them to severe torture. They also hurled allegations at the police for minting money. A few victims also claimed to have their bones broken during torture. One of the torture victims also reportedly passed away on September 02 at the Ganga Ram Hospital.

Just a few days after the Gujjarpura private torture cells were discovered, the news of the death of ATM thief Salah Uddin surfaced after he was subjected to severe torture at the Rahim Yar Khan Police Station. Leaked video clips of the torture, including one where the victim was questioning the police about their brutal torture methods, went viral which invited social media outrage. During a press briefing, Regional Police Officer (RPO) Imran Ahmad denied allegations of torture despite the discovery of visible marks on Salah Uddin’s body during his post-mortem. Later, however, forensic and autopsy reports confirmed that the victim was subjected to severe torture that led to his death.

A high-level committee was formed to investigate the matter, however, the accused officers managed to get scot-free after the family of the victim reached a reconciliation with them.

On September 05, another leaked video showed an assistant sub-inspector of police (ASI) misbehaving with an elderly woman outside the Inspector General’s office. On September 15, a leaked Dolphin Squad video revealed how a young man was subjected to torture on the Cavalry Bridge. Similarly, on September 29, an 18-year-old man was allegedly tortured to death by the Punjab police during a raid in Johar Town.

After the incidents of custodial deaths and torture, IGP Punjab ordered to install CCTV cameras in all lockups. He also ordered the internal accountability superintendents of police to conduct monitoring reviews of the condition of police stations and lockups in their respective jurisdiction and submit reports to his office regularly.

The IGP announced serious departmental action, including blacklisting for field posting if an incident of police brutality was reported in their jurisdiction.

As part of the countering measure, IGP also imposed a ban – for both visitors and police officers – on carrying mobile phones within the premises of police stations to prevent filming. Besides, media persons were also banned from entering police stations without obtaining prior permission. The orders, however, were reverted after criticism from the public on social media.