In Peshawar, motherhood survives the test of time

In Peshawar, motherhood survives the test of time 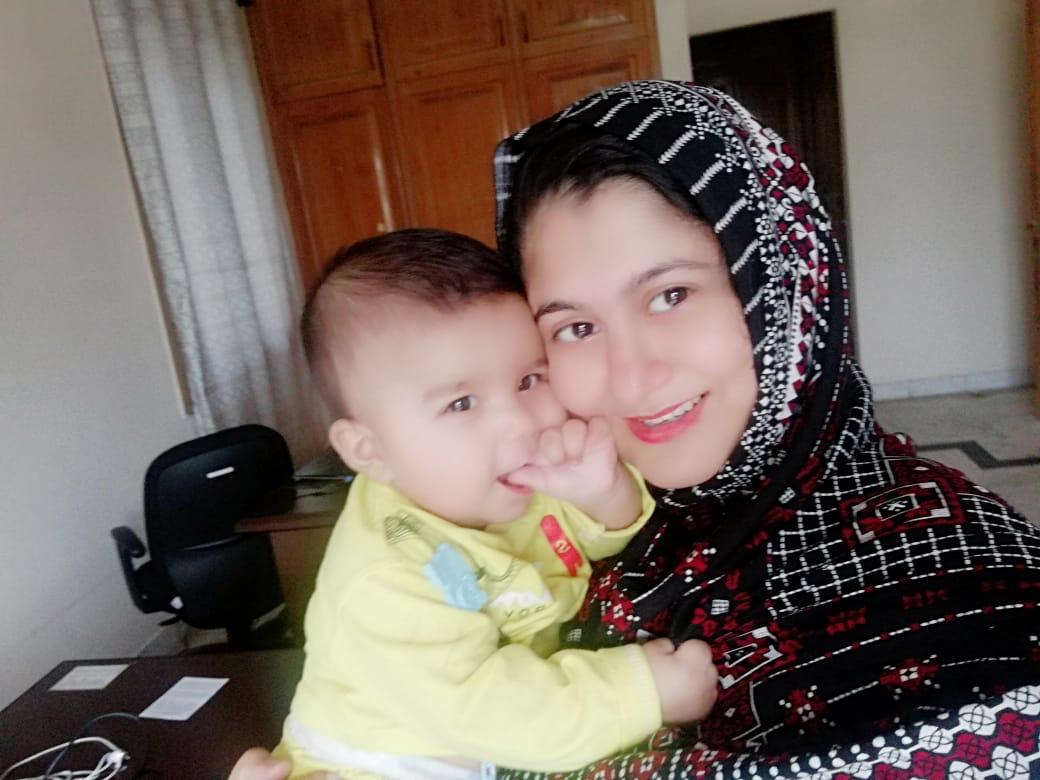 PESHAWAR: Rudyard Kipling once said: God could not be everywhere, and therefore he made mothers. They leave all their needs behind so their children can have everything they need. And they will always choose their children over everything else in the world.

One such mother in Khyber-Pakhtunkhwa (K-P) did that. She chose her eight-month-old baby over her paycheck. For Zeenat Bibi, former media coordinator at Community Appraisal and Motivation Programme (CAMP), an NGO known for supporting women’s rights in K-P, there is no looking back and no regrets. The 32-year-old, who lives with her husband in the provincial capital, claimed she was forced out by her employer for bringing her baby to work.

“They asked me to choose between my job and my child, and I chose my baby,” Zeenat Bibi claimed. Zeenat joined CAMP in October this year. The young communication specialist, who graduated from the University of Peshawar said things went downhill the day she brought her baby to work.

“I was asked not to bring my baby to work,” she said. But with no one at home to take care of her toddler, Zeenat had no option. She was even willing to spend on building a daycare facility at the office. Her proposal met instant rejection.

According to Zeenat, the resistance increased with each passing day. In subtle and not so subtle ways, she received messages from the administration that she had to choose between her job and her baby. The choice was not difficult, certainly not for a mother. She tendered her resignation in a heartbeat but with a heavy heart.

“I had no support despite raising the matter with the head office in Islamabad,” said Zeenat. “I was disappointed by their silence. They have a huge building but no room for a daycare facility,” she added.

With her immediate family far away in her ancestral village, Zeenat has no one to take care of her toddler. Last month, with no option left, Zeenat resigned. In her resignation letter, she criticised her employer for their lack of compassion.

“I am extremely disappointed by the inhumane behavior towards a child and a mother,” she wrote in the resignation letter. In her final communication with her employer, Zeenat reminds them of her contributions and also informs the organisation that she intends to serve the notice period.

What happened with Zeenat, is a clear violation of her rights, according to rights experts. “Those who forced Zeenat out should have made rules that would allow her to go home and feed her child,” said one expert.

“This issue should be taken up by the government and those who champion human rights,” said the head of another NGO, who spoke on condition of anonymity.

Female employees, as per rule, are entitled to a maximum of twelve weeks of maternity leave with full pay. But postnatal benefits are limited. Zeenat’s abrupt departure has drawn the ire from all quarters. The K-P Ombudsperson, Rukhshanda Naz, criticised her employer for their lack of empathy.

Naz, who is K-P’s first woman ombudsperson and an activist, said: “This is not only a violation of her basic rights but also a violation of the breastfeeding enactment.”

The ombudsperson offered to support Zeenat. “All she needs to do is file a complaint, and we will take it from there,” Naz said.

In a terse but sharply contrasting statement, Zeenat’s employer rejected her version of events: “Zeenat Bibi’s statement is baseless and incorrect. We sympathise with her and wish her well.”

While CAMP refuses to acknowledge the issue, Zeenat has earned the support of female lawmakers in K-P. A resolution submitted on Thursday demands all public and private offices must assist mothers.

Commenting on the issue, Zeenat Muhib Kakakhail, a lawyer at the Peshawar High Court (PHC), said: “The onus is on the administration to come up with laws that protect the rights of working mothers.”

“There is a dire need for the government to make it mandatory for private and public offices to provide daycare facilities,” she added.