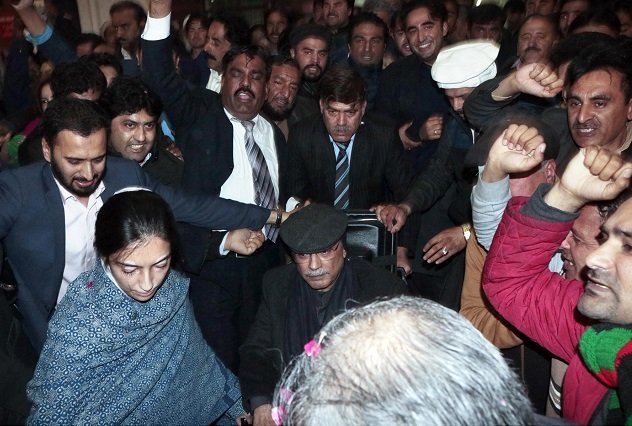 Zardari was undergoing treatment at PIMS cardiac centre’s private ward, which had been declared a sub-jail since October 21, after a six-member medical board concluded that he needed medical care for multiple ailments, including heart conditions and diabetes.
An accountability court in Islamabad on Thursday issued two separate robkar (court letter/certificate declaring cancellation of non-bailable warrants) for the release of the PPP co-chairperson after submission of surety bonds.

The former president’s legal team fulfilled the terms and conditions of the bail. Two surety bonds worth Rs10 million each were submitted.

As Zardari came out from the hospital in a wheelchair, the PPP supporters showered him with rose petals. Under strict security measures, he was escorted to his car in which he left for Zardari House.

Talking to the media, former PM Ashraf thanked the court for releasing Zardari on medical grounds. “Now, the former president will receive treatment in Karachi.”

PPP’s Nafeesa said, “The release of Zardari is a win for democracy; however, the real win would be when NAB’s ‘black law’ ends.”
Zardari is expected to undergo further treatment at Ziauddin Hospital located in the upscale neighbourhood of Clifton, Karachi under the supervision of the six-member medical board, headed by Professor Nadeem Qamar.

The PPP co-chairman was granted bail by the IHC on Wednesday, more than five months after he had been taken into custody by NAB over charges of financial corruption and money laundering.

The IHC bench noted that accused “has not been convicted and, therefore, he is to be treated as innocent unless proven guilty”.

The 64-year-old politician had been in the custody of NAB since his arrest on June 10 following the cancellation of his pre-arrest bail by the IHC.