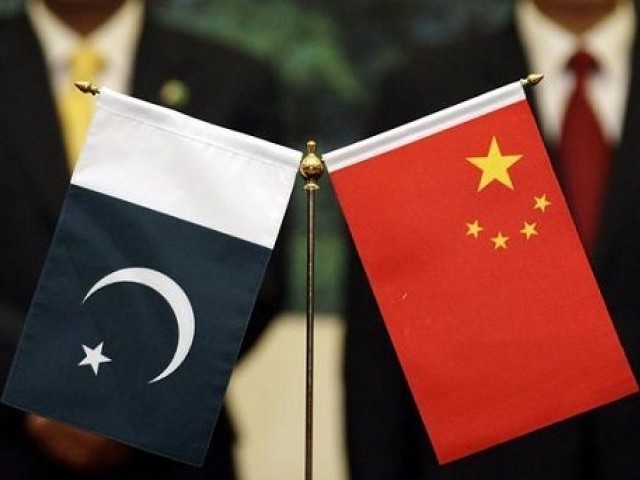 Xinjiang is the part of China nearest to Pakistan. When we say that the “China-Pakistan friendship is higher than mountains”, it refers to the Karakoram mountains between Xinjiang and Pakistan. As the starting point for China-Pakistan Economic Corridor (CPEC) and the hub area of the Silk Road Economic Belt, within the framework of Belt and Road Initiative (BRI), Xinjiang has maintained social stability, achieved economic growth and improved lives for the people. It is the best time for prosperity, in history.

However, there are some forces and individuals in the world who neither want to see the peaceful development of China nor a harmonious and stable Xinjiang. They continue to make a lot of noise which ignores the facts. They rudely interfere in China’s internal affairs, deliberately vilify the human rights situation in Xinjiang, slander China’s efforts in de-radicalisation and combating terrorism, and try to wedge friendly relations between China and Islamic states to undermine the prosperity and stability of Xinjiang.

Facts speak for themselves. Under the leadership of the Communist Party of China, Xinjiang has undergone enormous economic and social changes in the 70 years since its peaceful liberation. In 2018, Xinjiang’s gross domestic product (GDP) topped $174.7 billion in what makes a 200-fold increase since 1952. In the last year, Xinjiang’s per capita disposable income of urban and rural residents increased 101-fold and 99-fold respectively since 1978. Tourism has become an important drive in high-quality economic development of Xijiang. In 2018, over 150 million people visited Xinjiang, with an increase of 40%. Nowadays, there are 25,000 places for religious activities, including 24,400 mosques. On average, there is one mosque for every 530 Muslims. Xinjiang has a population of 25 million, with the population of minorities accounting for 59.9% of the total population. The people of all ethnic groups hold together like pomegranate seeds, cherishing national unity as much as their own lives.

Xinjiang-related issues are not about human rights, ethnicity or religion, but about fighting violence, terrorism and separatism. Previously, Xinjiang suffered gravely from extremism, violence and terrorism. From the 1990s to 2016, China’s Xinjiang — under the combined influence of separatists, religious extremists and terrorists — has suffered from thousands of violent terrorist attacks, with a large number of innocent civilians and police being killed. Those terrorist attacks are detrimental to the life and property of people of all ethnic groups in Xinjiang and have trampled on people’s dignity, and they have gravely hampered the social and economic development in Xinjiang. On July 5, 2009, the domestic and foreign terrorist forces of “East Turkistan Movement” organised and executed a serious violent crime involving smashing and burning in Urumqi, killing 197 people and injuring more than 1,700, including Muslims. This shocked the whole of China and the world.

Faced with severe circumstances, the government of Xinjiang Autonomous Region lawfully fought violent and terrorist crimes while addressing the root causes and actively promoting the de-radicalisation work, including the establishment of the vocational education and training centers in Xinjiang. Its aim is to help those people who are “brainwashed” by violent and extreme thoughts to get rid of the influence of terrorism and extremism, as well as to improve their vocational skills, which has nothing to do with the so-called concentration camps. It is also fully in line with the UN Plan of Action to Prevent Violent Extremism. Thanks to those efforts, Xinjiang hasn’t seen a single terrorist attack over the past three years.

Those endeavors are endorsed by all 25 million people of various ethnic groups in Xinjiang. It is also China’s contribution to the global counterterrorism cause.

China is a country under the rule of law. The fight against terrorism and de-radicalisation in Xinjiang is in line with the spirit and requirements of the rule of law and the purposes and principles of the United Nations in fighting terrorism and safeguarding basic human rights. The international community speaks highly of China’s Xinjiang policy. Since the end of 2018, over 1,000 representatives have visited Xinjiang in more than 70 groups, including officials from the United Nations, the Organization of Islamic Cooperation (OIC) and various countries including Pakistan, besides the representatives from regional and international organisations, media outlets, religious groups and academic circles. Through field visits, they saw that Xinjiang is not only beautiful, but also very safe. They acclaimed that Xinjiang’s experience in counterterrorism and de-radicalisation was worth learning from. In March this year, the Council of Foreign Ministers of the OIC adopted a resolution which commended China’s efforts in providing care to Muslim citizens. In July, ambassadors of over 50 countries to the UN Office at Geneva co-signed a letter to the president of the UN Human Rights Council and the High Commissioner for Human Rights, applauding China’s respect and protection of human rights in its counterterrorism and de-radicalisation efforts. In October, at the Third Committee session of the 74th UNGA, more than 60 countries commended in their statements the tremendous human rights progress achieved in Xinjiang.

The Chinese government and people are fully determined to safeguard China’s national sovereignty, security, and development interests. China welcomes foreigners with an objective vision to visit Xinjiang and give the true picture of Xinjiang’s prosperity and development in an objective voice. Lies can never erase truths. We firmly believe that the prosperity and stability in Xinjiang is the best answer to any malicious defaming rumours.