Says doctor­s have prepar­ed the medica­l report of his father as reques­ted by court
By Khalid Mehmood
Published: December 10, 2019
Tweet Email 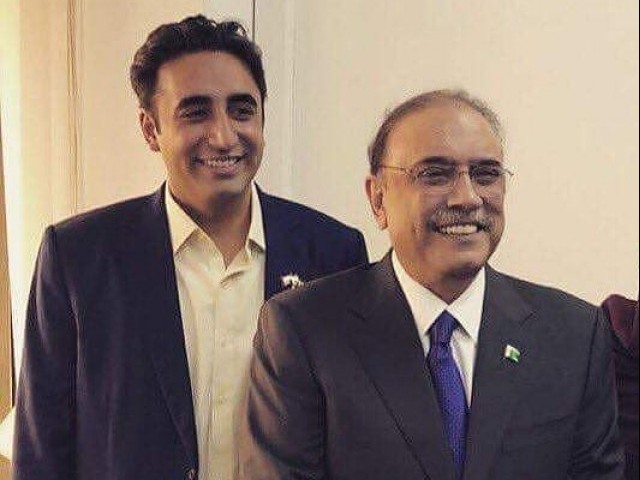 ISLAMABAD: PPP Chairperson Bilawal Bhutto Zardari has said that doctors have prepared a medical report of his father – party Co-chairperson Asif Ali Zardari, which will be submitted in court on Dec 11 to obtain his bail.

Zardari was arrested by the National Accountability Bureau officials in the fake bank accounts case in June 2019. He is currently at Adiala Jail.

Addressing a news conference here on Monday, the PPP chairperson said, “We hope that the medical report would be submitted in court on 11th, and Zardari and Faryal Talpur’s pending bail requests would be approved. We hope justice would be done by the courts.”

Bilawal said, “We were allowed to choose one doctor, so we chose Dr Nadeem Qamar, who is a heart specialist.”

He said Zardari informed him that he was examined by a board of doctors. “The medical report has not been furnished yet. The report would be submitted in court, which will decide about the bail on medical grounds. Then, we will shift Zardari Sahab to a hospital in Karachi.”

Bilawal termed the arrests of opposition leaders as pressure tactics used by the government to silence them. “We will not remain silent nor will we retreat,” vowed the young PPP stalwart.

“We will challenge this ‘selected government’ from Liaquat Bagh by sending a message that all powers belong to the people and only the PPP can lead this struggle to form a democratic government, which looks after the welfare of the masses and protects them from poverty and unemployment,” said Bilawal.

Bilawal continued his diatribe against the government, saying Prime Minister Imran Khan launched an application to search corrupt people on the anti-corruption day, but it is ironic that that app could not identify the corrupt government officials.

Bilawal said stop telling lies and start solving peoples’ problems. “If problems are solved, people’s faith in democratic governments will continue to strengthen. People are worried looking at the economic and political situation of the country, and the foreign policy from the Kashmir issue to China. People know that their ‘incapable, selected prime minister’ does not have the ability to solve these problems nor does he want to solve yours as well.”