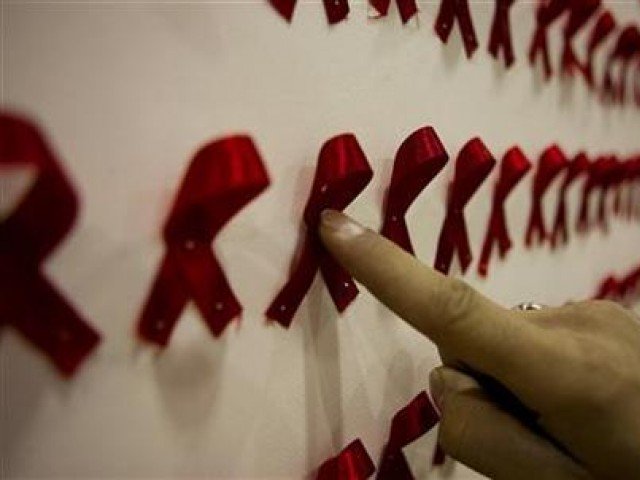 ISLAMABAD: The number of HIV/AIDS patients in Pakistan currently stands at 165,000, according to statistics provided by the National AIDS Control Programme (NACP). Alone this year, 9,565 new cases were reported.

“Only 36,902 people are registered with the NACP. Of which, around 20,994 are undergoing treatment,” says the data. As many as 6,426 people contracted the disease after administering drugs from contagious syringes.

From April to November 30, about 37,558 people had undergone HIV screening in Larkana. Out of which 1,195 were reported with suspected presence of the virulent germs. Such samples were later transferred to the HIV Treatment Centre, where it was confirmed that 895 people are living with the HIV/ AIDS.

The NACP data further states, at the end of 2018, the number of registered AIDS affected patients was 23,757 out of which 15,821 were receiving treatment.

On the other hand, according to a report issued by the United Nations AIDS Control Program last year, the number of AIDS patients in Pakistan had increased alarmingly over the past two decades.

The prevalence of the life-threatening disease among addicts was reported to be 21 per cent, while homosexuals had a rate of 3.7 per cent, transgender persons of 5.5 per cent, and sex workers of 3.8 per cent.

Moreover, the health ministry officials said that the number of AIDS cases reported in Pakistan was lower than the actual number. Very few people get proper treatment for AIDS, which increases it prevalence, they said.

The officials said that there is a stigma related to the disease in Pakistan and stressed that more awareness should be created among the masses.