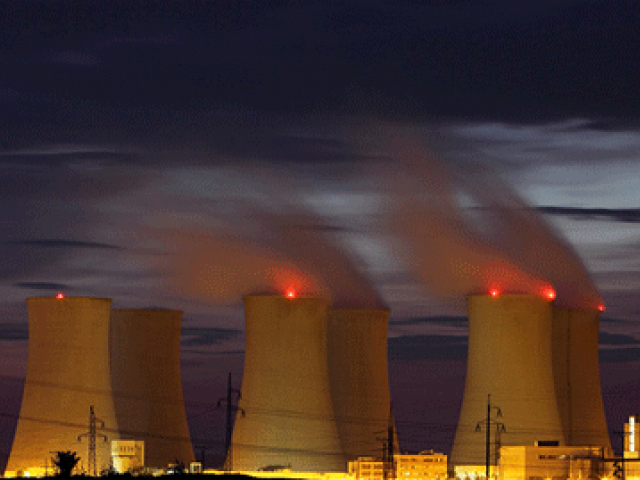 ISLAMABAD: The International Atomic Energy Agency (IAEA) has commended the nuclear security measures in Pakistan, saying that the steps taken by the country are consistent with the recommendations of the global nuclear watchdog.

An IAEA delegation, led by head of IAEA’s Nuclear Security Division, Raja Abdul Aziz Raja Adnan, concluded its visit to Pakistan on Saturday, during which it visited the Karachi Nuclear Power Plant (Kanupp).

The visit was aimed at further strengthening the ongoing cooperation between Pakistan and the IAEA in the field of nuclear security, said a Foreign Office statement. “The visit is part of the IAEA-Pakistan Nuclear Security Cooperation Programme mutually agreed in 2005,” it added.

The programme was extended in 2011 to include additional areas of interest. “All the activities under this programme are coordinated by the Pakistan Nuclear Regulatory Authority (PNRA),” the statement added.

The statement said Islamabad not only benefited from the ongoing nuclear security cooperation but “has also been offering various services to the agency in the form of expertise and participation in different IAEA advisory groups and committees”.

In Vienna, the headquarters of the IAEA, the Pakistan Institute of Engineering and Applied Sciences (PIEAS) signed a cooperation agreement with the international nuclear watchdog under which the PIEAS had been designated as IAEA Collaborating Centre.

The centre would support member states on capacity building, and research and development in various applications of nuclear technology and allied fields, according to the press release.

“I cannot emphasise enough the importance of education and training for building the capacity of member states in this field,” IAEA Deputy Director General Mikhail Chudakov, told the signing ceremony at the agency headquarters.

PIEAS, being run under the aegis of the Pakistan Atomic Energy Commission (PAEC), has been emerging as a top ranked engineering university of Pakistan since 2006.

According to the QS World University Rankings 2019, PIEAS ranked as number 1 among seven Pakistani universities listed in the prestigious annual index of global varsities.

Speaking on this occasion, PIEAS Rector Dr Nasir Majid Mirza said: “We are first and foremost a university, so academics and research and development is at the heart of what we do and it will be rewarding to further build and develop capacity in nuclear technology and non-electric applications of nuclear energy and teach it to those who want to learn.”

With PIEAS being designated as the first IAEA Collaborating Centre in the country, new avenues of scientific collaboration and internationalisation will soon start bearing fruit. Agencies