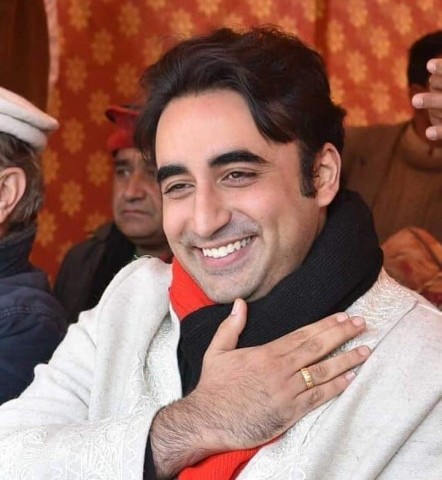 Sharing details of the project, the PPP chairperson said that the Sindh government managed to complete the projects despite lack of resources and within a limited time. Elaborating further, he revealed that of the projects, the construction of the Shaheed-e-Millat Flyover was completed in nine months, Rana Liaquat Ali Khan Flyover in seven months, intersections at Tipu Sultan Road and a flyover at Sunset Boulevard in five months, Submarine Chowrangi Underpass in about a year and a half and Syed Sibghatullah Rashdi Road in 15 months.

Bilawal said that all the projects include drainage systems and will contribute towards resolving the traffic issues that have been a cause of nuisance for the residents of Karachi over the past years.

Addressing the inauguration ceremony, Sindh chief minister Syed Murad Ali Shah said that it is a proud moment for the Sindh government.

He further said that besides the aforementioned schemes, there is a long list of other projects that were recently completed by the Sindh government, including the widening of Sharae Faisal, University Road from Hassan Square to Safoora Goth, Hub River Road, Madinatul Hikmat Road and the thoroughfare extending from Fawwara Chowk to Karachi Zoo.

The beautification of Cantt Railway Station and uplift of surrounding areas as well as the construction of Drigh Road Underpass and Munzil Pump Flyover at N5 were also some of the projects that saw completion, he added.

The CM said that apart from investing in the development of road infrastructure, the Sindh government has also allocated funds for projects pertaining to water supply, improving sewerage system, upgrading the fire department and disaster management.

The attendees of the ceremony were apprised that of the water supply projects initiated by the provincial government, upgrade of Pipri Filter Plant has been completed and lines for supplying water to Orangi and Baldia Towns have been laid.

The CM said his government had procured a 104-metre long snorkel for Karachi, in addition to 10 firefighting machines. He added that the government will also procure five fire tenders.

He said that six projects launched by the provincial government are underway and it is expected that these will be completed in the next fiscal year. These include the construction of Shahrah-e-Darul Uloom, two flyovers in Korangi, an underpass near Shaheed-e-Millat Road, 12 roads in areas surrounding Lea Market, Lyari and Saddar and the extension of a bridge passing over Orangi nullah.

The CM said that Sindh is the only province where projects based on a public-private partnership model have been completed timely, adding that the Hyderabad-Mirpurkhas dual carriageway, based on the same model, has not just worked to uplift the area but has also begun to generate considerable financial returns for the government.