Met office predic­ts a drop in temper­ature after Decemb­er 10
By ​ Our Correspondent
Published: December 6, 2019
Tweet Email 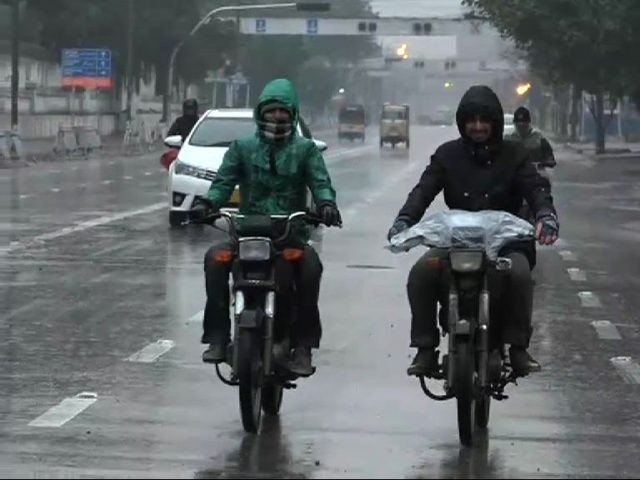 KARACHI: Karachi woke up to its first spell of winter rain on Friday morning after several parts of the city experienced light rain and drizzle.

The Meteorological Department predicted that the weather is likely to remain dry and partly cloudy in the port city throughout the day.

The weather service further said that maximum temperature during the day would hover between 28 and 30 degree centigrade.

The met office also predicted a drop in temperature after December 10.

In July, at least 10 people died of electrocution on a day of incessant rainfall in Karachi and other parts of Sindh that resulted in power outages and brought life to a standstill.

Major parts of the city faced prolonged outages while rainwater accumulated on key thoroughfares affected traffic and commute, with nearby Hyderabad and other cities in the province experiencing similar problems.