Power outage­s, inunda­ted roads mar life in the rest of Sindh as well
By ​ Our Correspondent
Published: July 29, 2019
Tweet Email 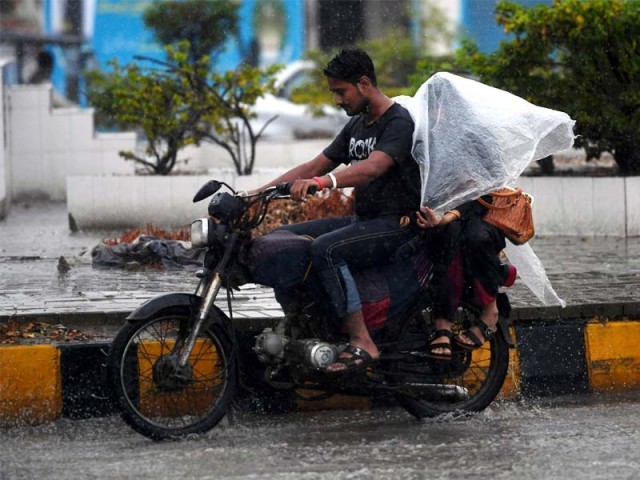 KARACHI    : At least 10 people died of electrocution on a day of incessant rainfall in Karachi and other parts of Sindh that resulted in power outages and brought life to a standstill.

Major parts of Karachi faced prolonged outages while rainwater accumulated on key thoroughfares affected traffic and commute, with nearby Hyderabad and other cities in the province experiencing similar problems.

According to Karachi police, four people were electrocuted in separate incidents, with the victims including two minors, one teenager and a 40-year-old man. Two of the deceased were from Malir, with the other two from Gulistan-e-Johar and Paposh Nagar. Meanwhile, the Boat Basin police said that a 30-year-old man was electrocuted in its remits.

Rescue sources added that an eight-year-old girl died in the Akhtar Colony area, while a 30-year-old man died of electric shock in the Defence area. A 12-year-old boy got critically injured when he touched an electric pole in the Mauripur area, said a rescue official. 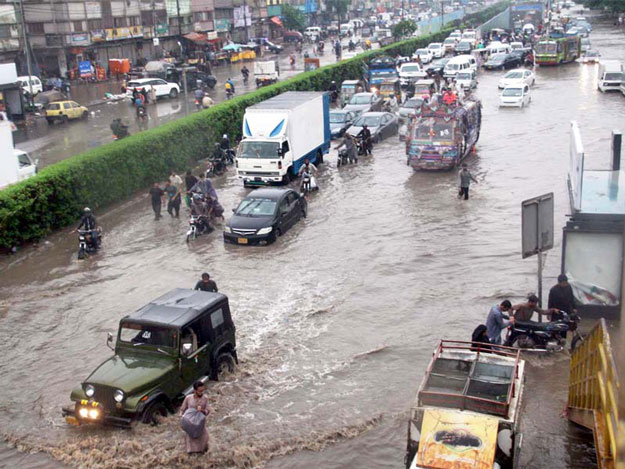 Parts of Karachi that experienced outages included various courts such as the Supreme Court Karachi Registry, the Sindh High Court and accountability courts. This affected court proceedings resulting in most hearings being rescheduled.

According to the Pakistan Meteorological Department (PMD), the Surjani Town area received 69.4mm till 3pm, the heaviest rainfall recorded in Karachi on Monday.

A weather advisory issued by the Pakistan Meteorological Department on July 25 had stated that widespread rains and wind-thunderstorms were expected from Sunday to Tuesday in Mirpurkhas, Thatta, Hyderabad, Karachi, Shaheed Benazirabad, Kalat and Makran divisions.

According to the National Disaster Management Authority (NDMA), the current spell of monsoon rains have claimed at least 66 lives while another 71 have been injured. Those killed include 40 men, 6 women and 20 children. The rainfall has also caused damage to 163 houses, 39 shops, 3 mosques, 3 bridges and two underpasses.

Watch: Afridi rolls back the years with blistering knock in Global T20 Canada