Lawyer­s argue it is not humanl­y possib­le to decide said number of cases
By Rana Yasif
Published: December 5, 2019
Tweet Email 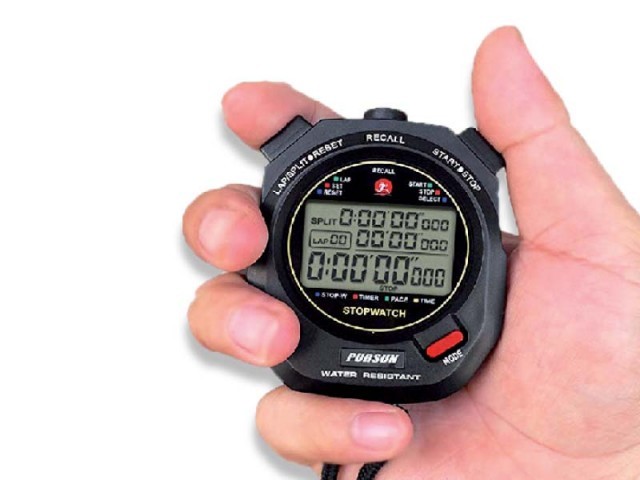 LAHORE: A model court of Sialkot district has raised many eyebrows after it decided a record 1,993 cases, of minor offences, in a single day, which, reportedly, meant that a few seconds were allocated to decide the fate of each case.

Where the Judicial Magistrate Syed Mehmood Afzal Shah seems satisfied on reaching the highest number in a day, he was unaware of key details such as the exact number of acquittals in different nature cases, the number of cases related to injuries, robbery, liquor and the number of cases that were sent to probation department out of the total 1,993 cases he had decided.

The lawyers argued it was not humanly possible to decide 1,993 cases in a single day as court sessions start at 9:00am and close by 4:00pm.

They said if the maximum break time (about half an hour) is excluded the total hours left for court sessions are seven hours and 30 minutes. By multiplying the said seven hours and 30 minutes with 60 (minutes), we get to 450 minutes but when 1,993 cases are divide by 450 (minutes) the result is 4.42 seconds. This means each case was decided in 4.42 seconds by the judge.

When asked about the timing of his magisterial work, the judge responded, “I do my work the entire day and most of the time, I work till late night. I work from 9:00am to 11:00pm and sometimes till 12:00am but litigants are only engaged in work till 5:00pm.

When asked the rate at which cases were decided, he maintained, “everything is possible if you dare to do it”.

On a query about which categories of cases he had decided, he added that he could not share details about how many acquittals were made and how many cases were sent to probation section. However, he admitted that a lot of cases were referred to the probation department for counselling of the accused persons for their future betterment.

On a query regarding finishing pendency of cases by deciding the cases in high numbers but on the other hand appellate court were being overburdened.

He further said all aspects of a case were investigated and the number of appeals filed against the decisions is few. “I try my best to resolve the matter in the courtroom, either through a settlement between the parties or deciding the case on merit. Fines are imposed in some cases while some parties are also acquitted by applying article 249-A.”

He highlighted that his court was constituted on July 15, 2019, and the month of November was his best month by performance. “It is the result of hard work and commitment that I managed to decide 1,993 cases in a single day.”

Speaking to The Express Tribune, Advocate Chaudhary Shoaib Saleem commented that it was a matter of securing units rather than deciding case on merit. “It is not possible on a day’s schedule to decide cases 1,993 in just one day.” He said the units were secured when the files were sent to record room owing the insufficient evidence, no likelihood of any conviction, the accused are sent to probation department in minor cases, compromises are made between the parties, the files are sent to the record room on ground “accused are not known” and by issuing non-bail-able arrests warrants against any proclaimed offender (PO) the files were sent to the record room.