Daesh is still capabl­e of launch­ing attack­s on its oppone­nts — althou­gh not with the same level of feroci­ty
By Rustam Shah Mohmand
Published: December 5, 2019
Tweet Email 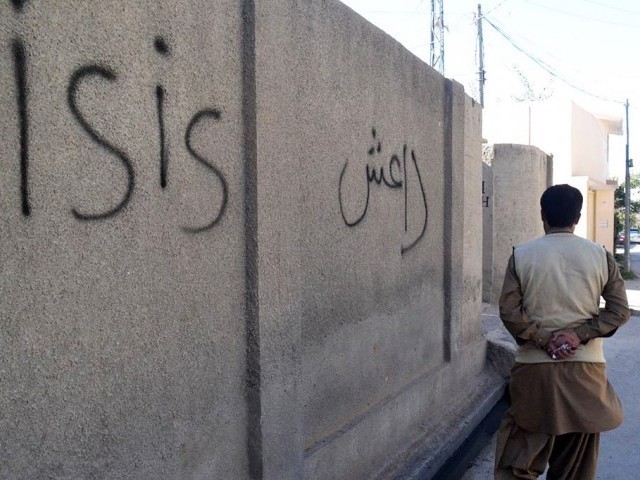 The terrorist outfit, Daesh, may finally have been forced to retreat in the face of the Afghan Taliban’s counteroffensive. That ought to be good news for many in the war-ravaged country.

The brutal militant group appeared on the Afghan scene in 2015-16 and soon began to recruit volunteers to its sinister cause of assassinations, bomb blasts and attacks on all those who did not agree with its paranoid agenda of rejecting all other beliefs and ideologies.

There were reasons for the enthusiasm shown by some misguided individuals to the extremist doctrine of the Islamic State (IS) or Daesh. First, poverty. Desperate Afghans driven to absolute frustration and despair because of poverty and seeing a bleak future for their children, joined the ranks of the group that offered lucrative salaries. Then there was a void in the Afghan political landscape and Daesh appeared to be the organisation that could offer some hope.

Daesh also benefited hugely from the presence of the Salafis in the eastern provinces of Afghanistan, namely Kunar, Laghman and Nangarhar, because the group was espousing a philosophy that was broadly compatible with the Salafist ideology.

Armed with adequate resources (mainly revenues from the oil installations of Iraq that were captured by IS) and with the support of the local population, the group began to launch deadly attacks on government security forces as well as foreign forces. Daesh also targeted Taliban supporters as a matter of policy. Not only that, the group soon exposed its egregious designs by using women as battle shields and forcibly converting captured men and women to their faith and ideology.

Forced marriages with women who either voluntarily joined the group in their ignorance or those who were captured aroused deep indignation and severe resentment. The group soon began to lose its goodwill amongst its Afghan rank and file.

But the biggest setback to Daesh was caused by the Taliban offensives which were extensively supported by the local population. Widespread resentment against the group was also caused in the wake of the senseless attacks it launched against both government and non-government targets that resulted in a large number of innocent civilians being killed or wounded. As these killings could not be justified, hostility against Daesh grew.

Another huge shock was the killing of its leader, Abu Bakr al Baghdadi, in a US raid in Syria. The death of al Baghdadi created panic and uncertainty about the goals and strategies of the militant outfit. As Daesh began to lose the territory it once controlled in Iraq and Syria, its coffers began to shrink and it no longer was in a position to offer monetary incentives to its misguided hardcore volunteers.

All these factors combined, forced Daesh into a defensive position, losing its volunteers. Hostility and anger in the population against Daesh forced the movement to retreat to just a few villages in parts of eastern Afghanistan.

But that does not mean the danger is over. The group is still capable of launching attacks on its opponents — although not with the same level of ferocity. More importantly, it still poses a danger to other countries bordering Afghanistan, namely China, the Central Asian Republics and Iran. That is also the main reason why China, Russia and Iran have established formal links with the Taliban. Because all three countries now firmly believe that only a Taliban-led government can defeat Daesh comprehensively.

Daesh is currently trying to recover from the multiple shocks and defeats it suffered in Syria, Iraq and Afghanistan. But its leaders who were carried away by the initial wave of conquests and oil revenues are still harbouring hopes for a revival of its fortunes. That hope continues to inspire some of the most diehard ideologues who believe that one day it would be possible to overcome the opposition and resistance and they would be able to attain their past glory and power. That may sound preposterous but that is how perverse ideologies and outlandish dogmas guide some people — some loons.

The disappearance of the threat of Daesh operating from Afghanistan has a salutary effect on peace prospects in the troubled borderland between Afghanistan and Pakistan. But within Afghanistan, the people have to confront other lethal militant outfits including the Turkistan Islamic Movement, Fidai Mahaz, etc. But once Daesh has been cornered and driven back into their few remaining hideouts, it would be easy to deal with other militant groups. However, it would depend on whether peace is eventually restored in the country and whether the Taliban and the US are able to reach an agreement that could guarantee long-term peace. Much would depend on how the intra-Afghan dialogue delivers a model of government that ensures peace and stability — a Herculean task but one that has to be accomplished sooner or later.