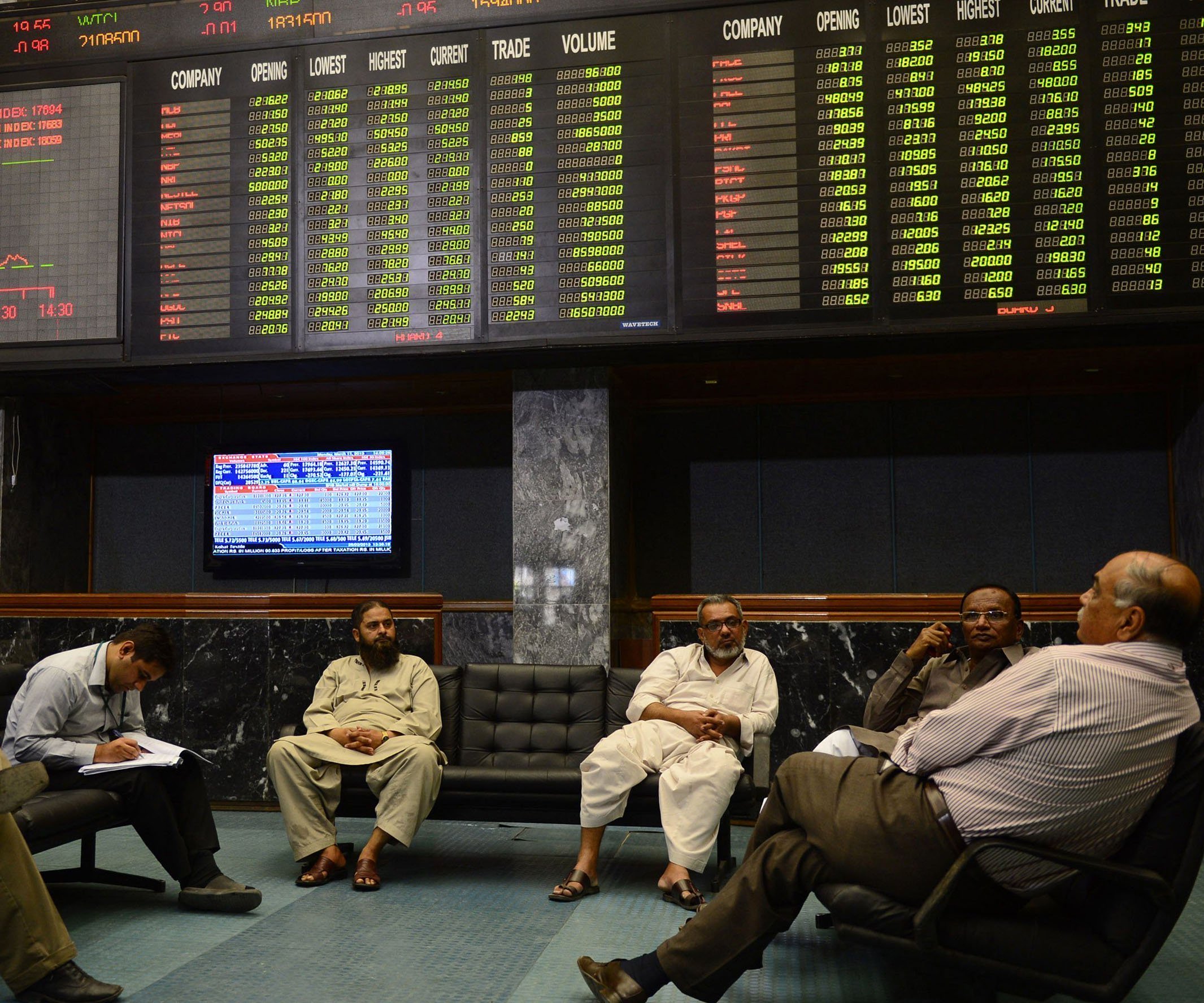 KARACHI: It was a remarkable day for the Pakistan Stock Exchange as the market recorded gains of over 800 points in a rally on Monday, taking the benchmark index past the 40,000 mark after a hiatus of 10 months.

The uptrend was fuelled by developments on the macroeconomic front as just a day ago the adviser to prime minister on commerce tweeted about improvement in Pakistan’s trade balance and current account deficit.

The KSE-100 index continued the positive momentum and extended its gains, which could be seen in the rally, Arif Habib Limited Head of Research Samiullah Tariq told The Express Tribune.

“The main reason behind the increase seems to be the contraction in the current account deficit, which stands at its lowest level since February 2016,” he said.

The analyst added that the revision in Pakistan’s credit outlook signalled a further improvement in foreign currency inflows into the country.

Tariq said investors took cue from the high foreign investment in treasury bills in the past few days and the investment was expected to increase further in the future.

“The bourse opened on a positive note, backed by continued improvement in the balance of trade and the country’s macro outlook,” said Aba Ali Habib Securities in its report.

“Bullish signals were further supported by the Moody’s upgrade of Pakistan’s outlook to stable from negative as it expects the balance of payments dynamics to improve, supported by policy adjustments and currency flexibility.”

Sector-wise, commercial banks remained in the limelight as Moody’s report anticipated changes in central bank’s policies, which may bar the State Bank from financing the government debt.

Topline Securities, in its report, stated that the positive momentum continued in the wake of improvement in the macroeconomic indicators such as increase in goods exports by 9.6%, which led a decline of 34.4% in the trade deficit for November 2019.

“Furthermore, investor confidence strengthened on Moody’s upgraded outlook on Pakistan from negative to stable, which cited balance of payments dynamics will improve based on policy adjustments and currency flexibility.”

Overall, trading volumes increased to 557.4 million shares compared with Friday’s tally of 431.9 million. The value of shares traded during the day was Rs16.5 billion.

Shares of 409 companies were traded. At the end of the day, 304 stocks closed higher, 89 declined and 16 remained unchanged.

Foreign institutional investors were net buyers of Rs253.5 million worth of shares during the trading session, according to data compiled by the National Clearing Company of Pakistan.