Muhamm­ad Khan was under treatm­ent in CMH for the past five to six months­
By Ahtesham Khan
Published: December 2, 2019
Tweet Email 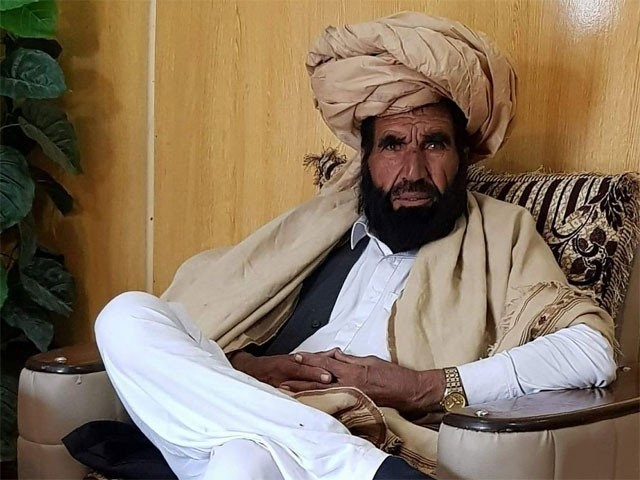 Confirming the death, his son Fardullah Meshud said that his father was under treatment in Combined Military Hospital (CMH) in Rawalpindi for the past five to six months.

In January last year, Naqeebullah was killed in a fake encounter carried out by a police team headed by then SSP Malir Rao Anwar in Karachi. The fake encounter sparked countrywide protests against extrajudicial killings in the country.

Faridullah said his father’s body will be shifted to Makin, South Waziristan where a funeral will be held.

Earlier this year, in a video message Khan said, “Those responsible for his [Naqeeb’s] murder were in uniform,” adding that justice would be given by the very same individuals who wear the uniform.

The victim’s father went on to say that he has no doubts over the intentions of the state institutions.

He expressed his faith that the prime minister, army chief and the chief justice of Pakistan would honour their promises to bring the culprits involved in his son’s killing to justice.

Khan said he would not let anyone collect funds on his son’s name.

He added that those trying to use his son’s name and the case for their own vested interests have nothing to do with the family.

Naqeebullah’s father further said that the Pakistan Army had exposed foreign militants and cleansed the terror-stricken Waziristan, as well as, restoring peace in the area.

In 2018, SSP Anwar had claimed to have gunned down four members of the defunct Tehreek-e-Taliban Pakistan (TTP) in an encounter near Shah Latif Town in Karachi. According to him, Naqeebullah had links with the banned TTP and was living in Karachi’s Sohrab Goth area using a fake name.

“May Allah bless the departed soul eternal peace at Heaven, Amen. Efforts to ensure provision of justice as promised to him shall be pursued,” said ISPR in a Tweet quoting army chief.

COAS expresses heartfelt grief on demise of Muhammad Khan father of Naqeebullah Mehsud.
“May Allah bless the departed soul eternal peace at Heaven, Amen. Efforts to ensure provision of justice as promised to him shall be pursued”, COAS.