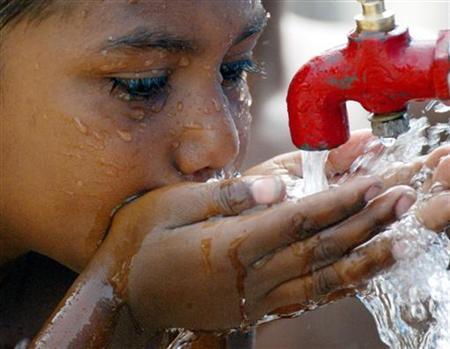 PESHAWAR: Despite its many natural streams, clean drinking water is fast becoming a scarce resource in K-P as rivulets run dry and underground water bodies become too polluted for consumption.

In the wake of K-P’s emerging water crisis, the consumption of contaminated groundwater has led to a dramatic increase in diseases such as Cholera, Typhoid and Dysentery in the province.

According to a recent water quality report by Pakistan Council of Research and Water Resources (PCWR), almost half of the union councils in K-P are left with no option but to consume contaminated drinking water, which displays perilous levels of arsenic, chloride and fluoride compounds and harmful bacteria.

The report further reveals that water samples particularly from parts of Shangla, Abbottabad, Mansehra and Upper Dir was found to be rich in arsenic and calcium, making the water unsafe for consumption.16,000 to

“Until last year, there were around 12,000 and 5,550 registered cases of Hepatitis C respectively. However, the number has now increased to 16,000 and 7,000 in the province in ten months,” informed the In Charge Hepatitis Control Program K-P, Dr Nasir Jamal.

“These numbers exclusively represent cases registered in government hospitals, whereas the actual number of patients might be in millions,” he added.

The reason for the surge in Hepatitis cases cites Dr Jamal, is rooted in the consumption of low-quality food and contaminated water, which can prove to be fatal if not diagnosed and treated in time.

According to Asmatullah, a resident of Tank district, K-P’s water infrastructure hasn’t seen any major upgrade since the British times.

“The rusted pipes and leakages in the battered water lines have created a condition where women have to walk several miles to fetch a pail of water,” he told The Express Tribune.

“A water tanker in the province costs around Rs1,800, making it inaccessible to the majority of the population and the poor are left to rely on polluted groundwater and rainwater storage to meet their daily needs.” 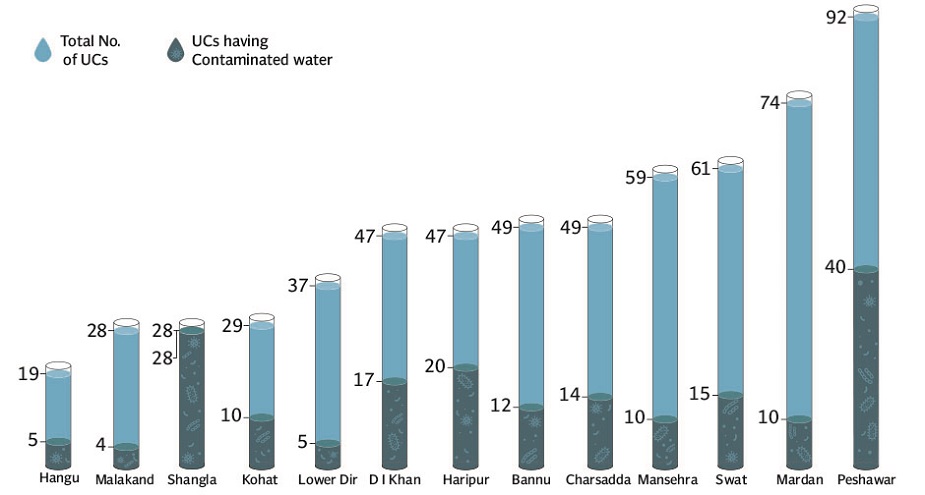 Malikzada, who belongs to Takht Narti tehsil of Karak, believes that politicians have long used the lure of clean drinking water to gather votes from the people of K-P, but very little has been done to address the province’s burgeoning drinking water crisis.

“Because of the outdated water infrastructure and the lack of river and canal systems, people here have to adopt arduous ways to fetch water from far-flung areas; some even travel on foot up to two kilometres or ride donkeys to fetch water.”

However, the water issue is not limited to far-flung areas and has even affected metropolitan cities like Peshawar.

Hayatabad, a posh residential area in the provincial capital relies on boring and drilling to siphon groundwater.

But amidst declining ground-water levels, siphoning water via boring has proved to be increasingly difficult in the area.

Whereas, lab tests for water in Chimkani revealed groundwater in the area to be saline, contaminated and unsuitable for drinking.

The spokesperson of Water and Sanitation Company which works within a department of local government, M Hasan, while talking to The Express Tribune, revealed that they’ve prioritised the provision of clean drinking water to the citizens of Peshawar.

According to Hasan, there are currently 512 tube wells capable of providing clean water to Peshawar, whereas 300 Kilometres of worn-out pipelines have been replaced to prevent further contamination and wastage.

“While our complaint teams are trying their best to resolve the water issues in urban areas, we have no way of analysing water quality in rural areas,” he admitted.

“Our efforts are limited to town one and three of the city, while other towns fall under the authority of the local government.”

It was during that time, the spokesperson elaborates when clean drinking water pipelines were laid in polluted rivulets across the urban outskirts.

“In the future, we hope to replace all metal and concrete pipelines with modern plastic pipes as per international standards and gradually extend our departments jurisdictions to all UCs of Peshawar, which would help ameliorate the water and sewage issues in the city,” Hasan told The Express Tribune.