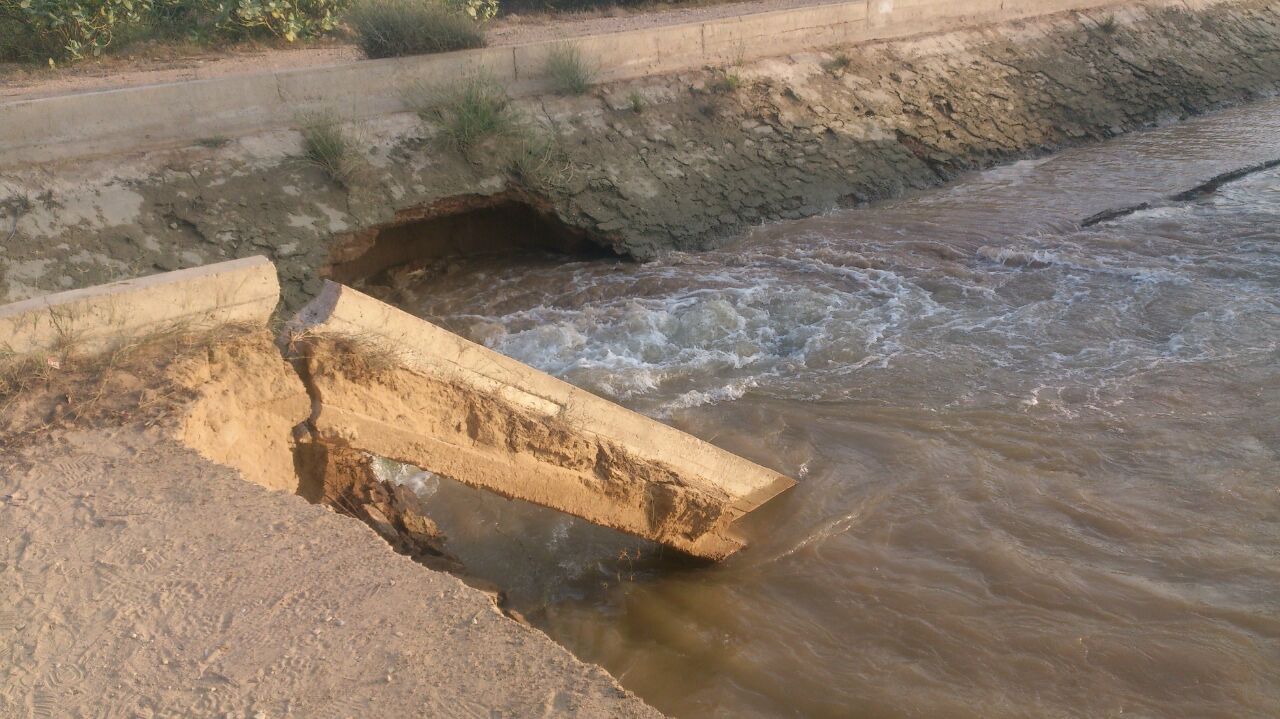 KARACHI: As the economic hub of Pakistan and the sprawling capital of Sindh, Karachi, struggles with a myriad of problems that are common to big cities across the world. Certain issues, however, continue to make life a living hell for its citizens, particularly the never-ending water crisis.

Even though the Hub Dam – one of the two main sources of water supply to the city – has been filled up to 321 feet after the recent monsoon rains, Karachi is still facing the worst water crisis in its history.

According to the Hub Dam administration, at present, the dam has enough water stored to be able to supply 100 MGD to Karachi till December 2020. However, the city continues to suffer a shortage of water because of multiple leakages in the Hub Canal, resulting in the supply of only 70 MGD of water to the city. The remaining 30 MGD is being wasted daily.

Karachi has been getting its due share from the Hub Dam since March this year and to date, an estimated 4.5 billion gallons of water has been wasted. The Sindh government and the Karachi Water and Sewerage Board (KWSB), however, are least bothered about the issue and the necessary repair work required to prevent leakages is yet to be started. 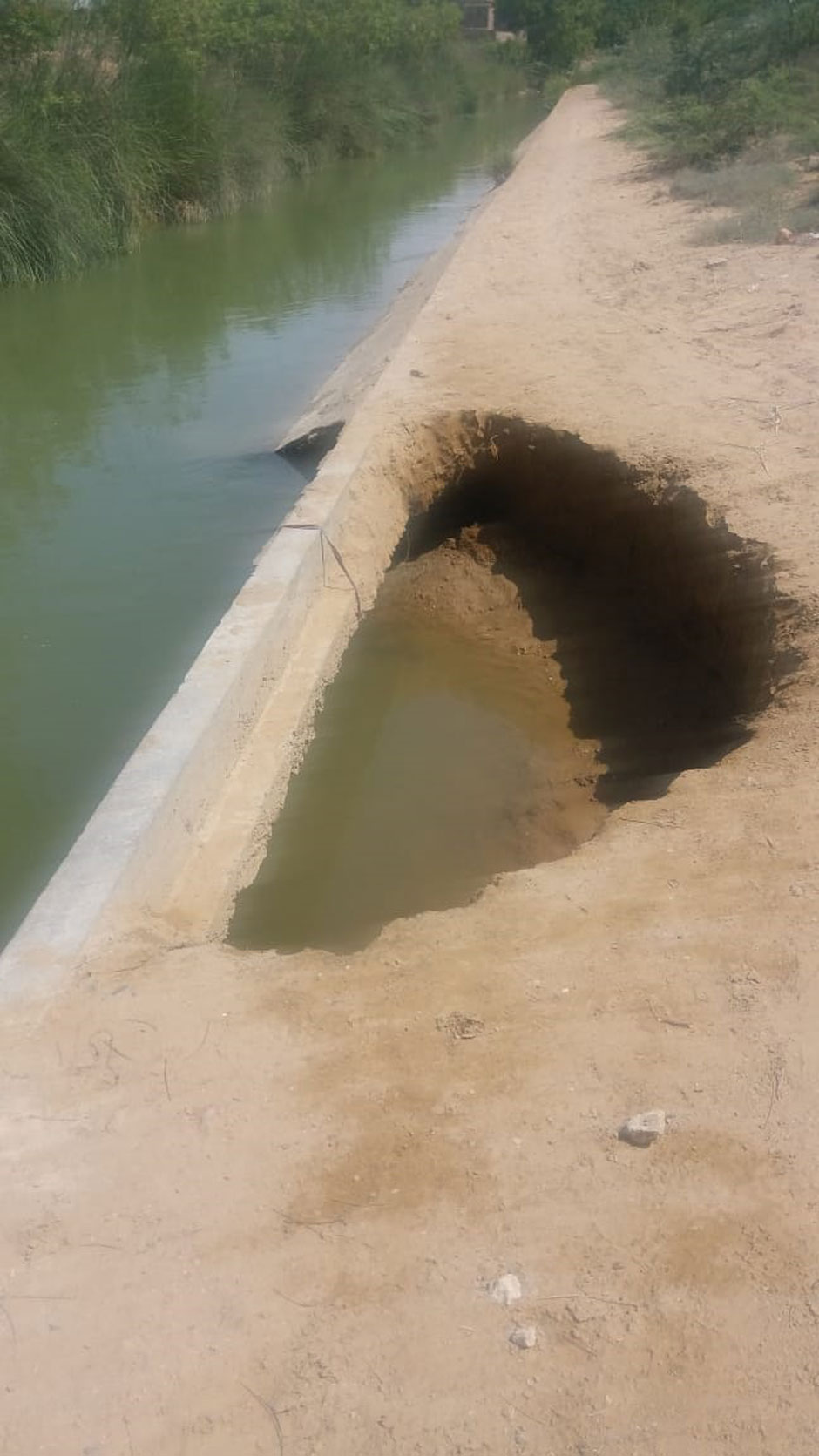 According to a survey conducted by The Express Tribune, leakages have occurred in the Hub Canal because of the regular wear and tear and the problem has only worsened because of negligence. Water leaking from the canal is not only being wasted but it is also damaging the agricultural land surrounding the Hub Canal.

Locals complain that apart from the issue of leakage, water theft from the canal has also been rampant for the past many years. To water their lands, influential farmers steal water from the canal by installing pipelines.

The survey also revealed some structural problems with the canal because of which water flows out and accumulates in various potholes that are situated at various spots throughout the length of the canal.

Once the large potholes are filled with water, they soon turn into ponds which many villages and goths use to water their lands. Even water tankers refill through these ponds and later sell water to the residents of Karachi at very expensive prices.

While residents complain of acute water shortage, the Hub Dam administration claims that 100 MGD of water is being provided to Karachi since March this year. The monsoon season will continue till the end of September and – with the expected rains – the water level may rise to its full capacity. If the Hub Dam fills up completely, it can provide 100 MGD of water to Karachi for the next three years.

An engineer of the water board, who spoke on the condition of anonymity, said that the water board invited tenders for repair work twice but, both the times, the contractors did not fulfil the requirements. As a result, the tenders were cancelled and the development work could not be started.

The first tender was issued in December last year, while the second one was announced in May this year. However, owing to the strict terms and conditions of the contract, no construction company showed any interest.

The water board engineer also explained that the Hub Canal is 30 kilometres long, of which the Water and Power Development Authority (WAPDA) has control over eight kilometres, while the remaining 22 kilometres of the canal comes under KWSB.

According to the official, it cannot be ascertained as to how much water is exactly being wasted on a day-to-day basis because flow meters are not installed in the Hub Dam. The system of flow meters is also absent from the Hub Pumping Station, therefore, the correct data cannot be given. However, according to an estimate, 30% of water is being wasted.

Commenting on the strict terms and conditions mentioned it the tenders issued by the water board, the official said that the conditions were only based on the rules set by the Sindh Public Procurement Regulatory Authority (SEPRA).

He also said that the repair of the canal is not the real solution as an alternative stream system must be introduced to link the Hub Dam to Karachi.

“For the purpose, a new project is being prepared. After the PC-1 and design of the new project are prepared, it will be sent to the Sindh government for approval.”

Answering a question related to water theft, he said that the water board has started taking action against miscreants with the cooperation of the Manghopir Police Station.

“As soon as a complaint is received, prompt action is taken against the miscreants, however, the stream system is very long and the water board tries to monitor it as much as it can, but sometimes the culprits easily get away with their misdeeds,” he said.

“The board has also taken action against the tanker mafia, while repair on a small scale has been commenced for strengthening the canal. With consultation from experts, an alternate water system from Hub Dam to Karachi is being considered and steps are being taken for the system’s improvement.”

The role of WAPDA

The engineers at the Hub Dam said that the WAPDA has installed gadgets at the distribution points. With the help of these gadgets, water is supplied in a small or high quantity.

“By reading these gadgets, the amount of water wasted can be estimated,” an engineer, who refused to disclose his name, said.

The WAPDA administration was providing 100 MGD of water to Karachi but during the rains and on some other occasions, the water supply was reduced on the request of the water board.

However, from March 2019 to present, the Hub Dam is providing 100 MGD to Karachi continuously.  “The WAPDA is bound to supply 100 MGD of water to Karachi and it is dispensing its responsibilities completely.