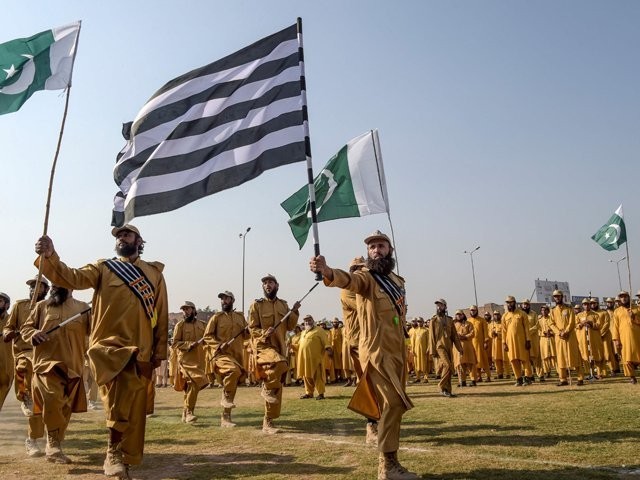 Long over though, the JUI-F-led “Azadi March” has left several lessons for the opposition parties and the government about the public perspective of any situation. For instance, let’s understand the significance of the metro bus and the impact its suspension had on the commuters of the twin cities, particularly women.

Passengers run after a public van, struggle to enter, are pushed back by the conductor and a squabble ensues. The conductor keeps over loading passengers on to the van and the scuffle continues up to the last station. This is a glimpse of what commuters struggle through in public vans before the introduction of the metro bus services in Rawalpindi and Islamabad.

The service offered a refreshing alternate public transport since its launch in 2015. Passengers, especially women, could travel in a comfortable and affordable way between the twin cities. The low-priced but high-quality service takes a passenger from one end of Rawalpindi to the last station in Islamabad for Rs30. The time-efficient service became a preferred means of transport for women, who even took jobs closer to a metro station. A Pakistan-specific research paper in the Journal of Transport Geography concluded that female travellers are twice more likely to use the metro on a daily basis, than men.

The suspension of the metro bus for 14 days pushed almost 100,000 daily commuters back to the humiliating conditions stated above. Women suffered the most as they were forced to chase vans and struggle for entry, which is subject to the driver’s wish. Harassment by male passengers, conductors and drivers make public vans a hell for female commuters. A recent study by UN Women, Australian Aid, the Government of Punjab and Aurat Foundation revealed that 90% women faced sexual harassment on public transport. During winter, such incidents increase due to shorter days and women commuting after dark. Safe and secure mobility is vital for female development. According to an ADB research, up to 31% Pakistani women stopped using public transport due to harassment.

During the “Azadi March”, I heard a mother narrating her daughter’s woes due to the closure of the metro bus. Before the March, the daily travel cost (taxi and metro) totalled to Rs270. This fare jumped to Rs1,100 during the march, resulting in the mother forcing her daughter to quit due to the exorbitant travel expenses.

Such mobility constraints preclude economic and social development of women. Ultimately, the national economy loses out on the contribution of a large, talented and vital segment of population. It boils down to deepening gender inequality in our society. The 2018 WEF Global Gender Gap Report ranked Pakistan second lowest in gender equality.

The government had decided to suspend the metro service a day before the Azadi March. Besides the security concern, another reason was the location of metro bus depot adjacent to the H-9 ground where the march participants stayed from October 31 to November 13. Metro bus fuel stations are also located in the same depot. The march is now over and the bus service is back on track. Before the march, the government and the JUI-F had agreed to avoid obstructions and destructions. They should have also included the provision of uninterrupted metro bus services for the citizens. It is evident that safe and secure mobility of women is essential not only for their economic empowerment but also for the country’s development — and should be an important agenda for all these stakeholders.