Many sterli­ng career­s have been brough­t to an early end by whimsi­cal and venal biases of a few
By Shahzad Chaudhry
Published: December 1, 2019
Tweet Email 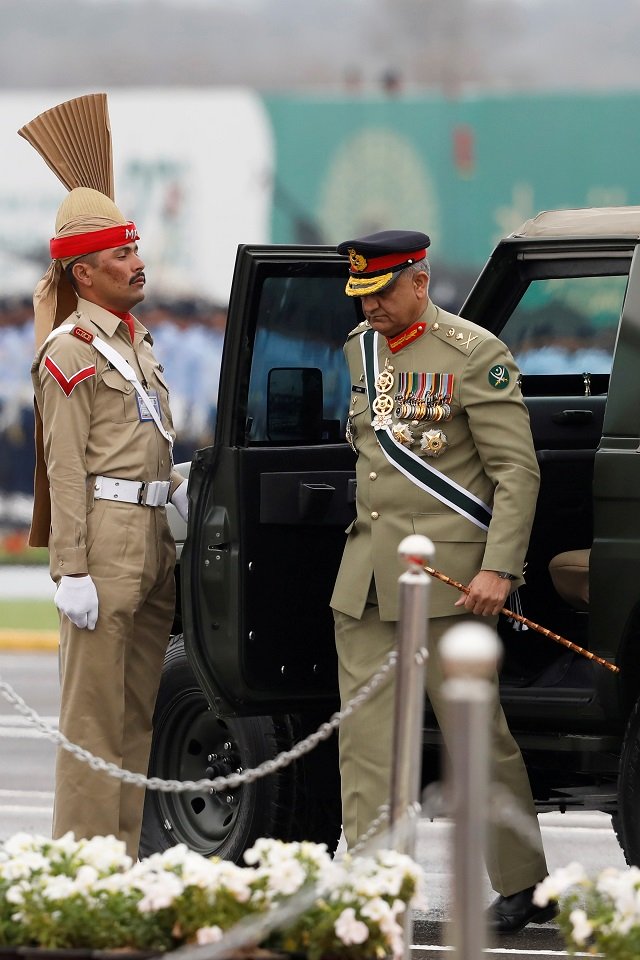 Phew! What a week. The unthinkable happened. No one had questioned the mightiest office in the land till now when the legal and constitutional authority under which an extension in tenure was proposed for the incumbent was found sans supporting law or a rule. Pakistan and its military system had worked without one since inception. The founders had never conceived the need for one. And despite General Ayub Khan having led the army as its Commander-in-Chief for 18 years — a couple more followed suit — an extension in tenure remains an aberration.

Questions were also asked by the Court of the process and the raison d’être for such an exception. Some of what was asked was superfluous and tended to impinge in the domain of the executive but the spirit of the query wasn’t in vain. The omissions in the process used by the government in this case were embarrassing and shameful considering they were dealing with a high office. For 72 years the state had worked around non-existent laws and rules where extensions and executive discretions were routine. And none had bothered to ever look deeper. Each time an exception was made to the rule of a three-year tenure for a Chief someone always petitioned the Courts to determine its legality but those were never entertained. (Heck, even the three-year tenure was found a convention sans feet). Except now when the CJ chose to examine it on priority on the eve of a chief’s departure.

A lot went wrong in the way that General Bajwa’s matter of extension was defiled in the manner of its treatment in the Courts, by the government, and the commentariat which gloated on an army chief’s plight. The timing of the case, the manner of its raising before the Court and its subsequent handling at all levels smelt a rat. The Court questioned the need for an extension but then gave up on it quickly because it amounted to imposing one “valued judgment” over another. That is where Article 243 of the Constitution became handy giving powers to the prime minister to make that judgment. What it lacks is the space for the PM to “extend” or “reappoint” a retiring chief to the same position.

The government has been asked to legislate such a provision with requisite changes to the Constitution if indeed an extension or a reappointment is deemed necessary. This will entail a herculean undertaking in the present Parliament where the government only has a tenuous majority. Who would have ever thought that terms such as “extension”, “appointment” and “re-appointment” will entail such detail and implications? These have been callously employed by many till date and used without legal provision. Both, “extension” and “re-appointment”, when employed, are most likely to be violative of yet another legal barrier, the age limit which will also need to be revised in conjunction to make any of the above options possible. If indeed such is the crying rationale for it. Current rules on age limits are pretty restrictive and also need to be reviewed.

An extension in tenure must be under exceptional situations only, as in a war, and restricted to one year as is currently the case for a specialist who attains superannuation but is needed for a specific task. An extension cannot be further extended under the existing rules. The maximum period for a chief’s tenure should be fixed at three years. A government so alone in the current polarised political environment may not be able to achieve much more than such minor adjustments to legally regulate its action.

The proceedings at the court were nerve-wracking and kept the country on edge with its fraught implications. Institutional stand-off became a possibility with its even graver consequences given Pakistan’s peculiar history. That it finally resolved itself without much damage is in itself gratifying. There was one downside to it, though. For three days the person and the office of the army chief was an open field for all in however way they fancied. And while it was iterated that the person of General Qamar Bajwa was not in question but his office, it didn’t help. Because both at this time are synonymous. In its wake the case has left more questions unanswered. Why wasn’t such scrutiny conducted since the time an extension was announced? Why now? The need for retaining a semblance for institutional harmony will probably deny an honest retrospection but there is a lot that needs to be situated in palpable reason.

This is not to say that extensions per se are something savoury and looked at with any gratification in the armed forces — when those are a fait accompli the system will adjust to it — but such blatant disregard for a commander of an armed force borders on being rash and derisive. Our politics has never been credible in its way of handling the military chiefs. This is an established truth. Usually extraneous factors impact such choices. Familial, tribal or political considerations begin to affect judgments, sadly. Or compromises are made. But once a choice is made the Staff system will rally to endure a continually resolute command and control mechanism. Such is the strength in the Staff system which is manned by the absolute best at its different levels. General Bajwa has contributed immensely to how our nation is situated in many of its security and geopolitical challenges with a renewed promise and potential and could have been saved such treatment by all and sundry.

When the CJ called into question the laws and the processes, he brought to fore some telling omissions. However, these relate to the work of the governments and not the armed forces. Yet these lacunae will need to be assiduously answered. That will take a resolve at all levels, the government, the Parliament and the armed forces. Since a review is now called for, it will be equally opportune to revisit the promotion system to the three-star ranks as well where far greater discretion is exercised by the chiefs, themselves. There are also variations within the armed forces in these ranks which must now be harmonised to enable a more uniform system of treatment across the three services. Somehow the unfettered powers of a chief to alone decide, without a board or a consultation, who he would promote to a three-star rank rankles as an unresolved and unmitigated power which engenders dissatisfaction in the armed forces. Many sterling careers have been brought to an early end by whimsical and venal biases of a few. It impacts a service’s morale equally adversely.

How long may the general serve now in his next tenure should be his judgment and left to him. Or what the Parliament may now decide. But most prefer to fade gently away when it is time. That is when they receive the highest adulation. Honour is still the most prized possession of any officer and it is zealously preserved.

What would it take to improve the HIV response in Pakistan