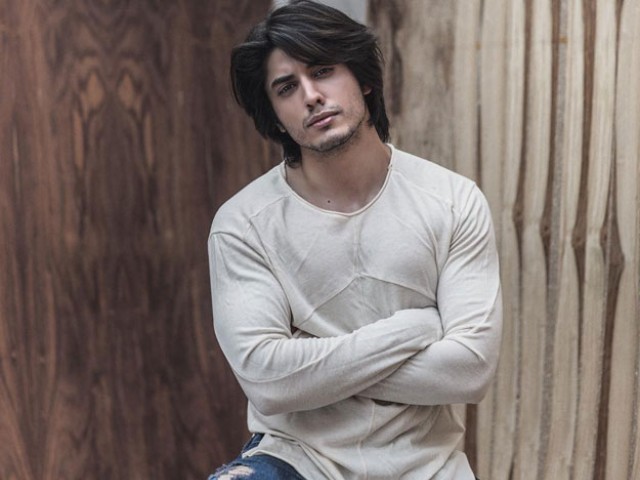 Danyal Zafar, the younger brother of musician-actor Ali Zafar, has been working towards making a name in the entertainment industry. The star’s long-awaited debut single Ek Aur Ek 3 for the album by the same name was released in August this year and opened to fairly good reviews. However, his latest outing has landed in hot waters for more than one reason. The budding artist unveiled the music video for his second single Butterfly this week. The song, which revolves around falling in love, is receiving flak for its overtly sensual visuals.

It portrays Danyal in romantic stills with his onscreen love interest Inja. The pair is now being slammed on Twitter for their rather obscene and intimate scenes in the video. Some even condemned musicians for being allowed to release such content. “What kind of art is this?” penned a user. Addressing the vulgarity in Butterfly, another stated, “This looks more of a contraceptive ad than a music video!!”

This looks more of a condom ad than a music video!!

Others compared Danyal to foreign artists in a taunting way. “Gareebo ka (wannabe) Ed Sheeran,” wrote one, while another responded with, “Seriously people! Stop comparing Zayn Malik with Daniyal Zafar. I will puke.”

Taking a direct dig at the video, a post read, “I played this out loud and the dogs next door started crying. What is Danyal Zafar trying to do in blue butterfly? I think I’m too dumb to understand.”

I played this out loud and the dogs next door started crying.

What is Daniyal Zafar trying to do in blue butterfly?

I think I'm too dumb to understand.

Another furious user shared, “Butterflies are cursing themselves for existing after watching this song.” Following this was, “You really thought you did something there didn’t you.”

Butterflies are cursing themselves for existing after watching this song

The video has been shot in different locations of Los Angeles. Danyal’s song is said to be inspired from musicians such as Frank Ocean and John Mayer. The singer forayed into the music industry with the Coke Studio song Muntazir, alongside Momina Mustehsan.

The Irishman: An unadventurous must-see