Imran Khan may not, but the nation might eat the fruit of his labour­
By Muhammad Ali Ehsan
Published: November 30, 2019
Tweet Email 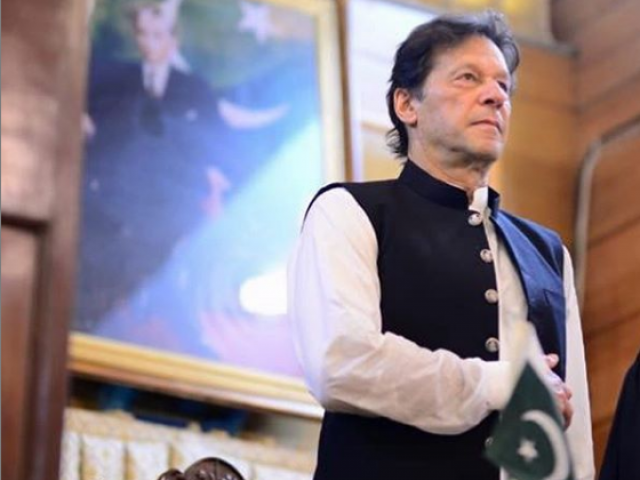 Athens, the capital and largest city of Greece that gave us democracy in 5th century BC, was able to abolish monarchy not by executing a revolution but by electing a separate war chief. The nobles of Athens did that because the priestly chief or the king was not a warrior. Another thing that the “introducers of democracy” did and for which they are renowned was that they planted olive trees. Olive trees at that time were only planted by people who were very optimistic about their future because from the moment it is planted, it takes 30 years for a tree to bear fruit and the planter mostly doesn’t get to eat the fruit. They were able to bring order in their democratic society by clearly defining boundaries between those that prayed, those that worked and those that fought and they also had a legal system that “held the power of few over many”. Since then that basic model of democracy hasn’t changed and though instead of “elected democracies” we have more and more “elected oligarchies” we could still learn to respect the institutional boundaries and extend to each other at least the olive branches if we can’t plant the olive trees.

There has never been a duller moment in Pakistani politics since the time Imran Khan has come to power. Any war has both the proximate causes as well as the underlying one. The proximate causes of the current upheaval in our politics are many. Some real and others fed by rumours and half-truths by a man-made media that fans sensationalism and loves the battle of power shifts. However, the underlying cause of the “one crisis after another” situation in Pakistani politics today has got everything to do with the distribution of power — “who has the power and to what end that power is or can be used?” The distribution of this power in our democratic political system in the past had remained very narrow and unrestrained and instead of creating democracy, created a one-man system of absolute monarchy and oligarchy. This system created absolutist institutions that could wield their power uninterrupted and without any check and balance, and also an unrestrained bureaucracy whose professional capability and capacity got eroded under this system. The mass media of today was the mass media of those days and some of it continues to publicise the old system’s demands, helps fortify their resolve to fight back, and regain their identities. It is said that once a society gets organised in a way the trend persists and it is very difficult to bring about a change. In such a society you can find many people cutting them down rather than planting the olive trees. That is the underlying cause — the current contestation and competition between the old guard of failed democratic dispensation and the new combatant of political reform.

The greater ease of the political environment would mean better atmosphere and situation, and chances of greater stimulation towards civilisation and reform that the Prime Minister is unlikely to get. All the goals that he set forth are his goals and in a way national goals but seen from the prism of the underlying disconnect between him and the leadership of the opposition, they are “poorly conceived”, “can’t fulfil promises” made by an incompetent politician who was only at best a good athlete. Prime Minister Imran Khan can see that they want it back — the power that made them kings and queens, power that they only lost because he achieved an unexpected (they call it selected) victory in the elections.

Besides anything Imran Khan is a man of will, a no-loser determinist and despite the political tragedies that are now popping up on the country’s political landscape with uninterrupted frequencies, he will not stop fighting. A “hesitant determinist” for now, behind the scenes he will be working very hard on how to combat and avoid these political tragedies. As a nation we are poor today not because we wanted to be poor but because those that had power made choices that created this poverty. The real question that the nation should have argued and debated over was: did those in power get this wrong by mistake or by ignorance or by purpose? Instead the very time consuming superfluous debate is on the subject of “the 15 month political struggle of this government”.

Even the strongest critic of this government would agree that the way the orchestration and harmonisation of the civil-military relationship has taken place in the past 15 months, it has never happened before in our politics. This of course is not good news for those who don’t wish us and our progress well. There can be many purposes that can be associated with a professional military but in the context of how this military has stood up to fight and combat across the entire country the challenge of terrorism, there is only one purpose that comes to mind — national union and consolidation. In an indoctrinated environment of mass information the core curriculum of the military remains “nationhood”.

When Aristotle defined strategy as “the art and science of using time and space in military and diplomatic manner”, he imagined both politics and military sharing the concern, risks and threats to national security and joining hands to strategise against it. That the role of the outside environment and its effect on determining the right strategy to fight is also extremely important. The right threat perception can only be formulated by the civil-military leadership and the correctness and validness of that cannot be challenged by any other institution whose job it is not to formulate national defence policies and strategies.

This desperate nation was alright with the democratic “musical chair” method of leadership change in the past that gave it little or nothing. Now that it has an “olive tree planter” it doesn’t have the patience to wait. He may not, but the nation might eat the fruit of his labour.