If the apex court did not show restra­int, the countr­y would have been grappl­ing with a seriou­s consti­tution­al crisis­
By Kamran Yousaf
Published: November 29, 2019
Tweet Email 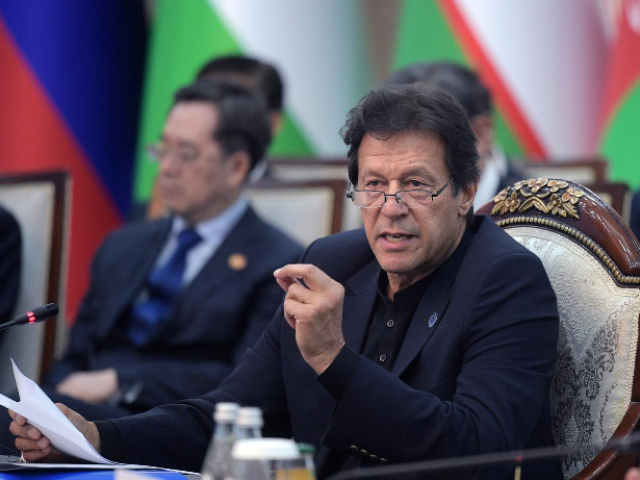 ISLAMABAD.: “Today must be a great disappointment to those who expected the country to be destabilised by a clash of institutions. That this did not happen must be of special disappointment to our external enemies & mafias within.”

The tweet by Prime Minister Imran Khan was in response to the Supreme Court order that allowed the government to bring necessary legislation to determine the tenure of chief of army staff (COAS) while granting incumbent army chief General Qamar Javed Bajwa six months extension.

There was a feeling of relief in the government camp and when Attorney General for Pakistan (AGP) Anwar Mansoor Khan, former law minister Farogh Naseem and the PM’s special assistants – Dr Firdous Ashiq Awan and Shahzad Akbar – appeared at a joint news conference, they tried to portray the three-member bench’s decision as the government’s success.

But their triumphalism aside, what happened in Courtroom No-1 during the last three days cannot gloss over the sheer incompetence of the government. If the apex court did not show restraint, the country would have been grappling with a serious constitutional crisis.

It all began on November 26 when the SC bench, headed by Chief Justice Asif Saeed Khosa, took up a petition challenging the extension granted to the army chief’s tenure. Initially, few had taken interest in the petition filed by a lawyer, who habitually moves the top court on different issues.

The news channels were not giving much importance when the proceedings kicked off. But things began to change fast when the three-judge bench started asking serious questions from the AGP regarding extension in the army chief’s tenure.

As proceedings moved further, it was evident that the issue was not a routine one as many might have thought at the beginning. What alerted the judges was the failure of the AGP to come up with convincing arguments to justify the extension.

The chief law officer of the state could not give definitive answers when the bench pressed to cite specific laws that permitted extension or reappointment of the army chief.

It was during the proceedings that the Supreme Court found out that the government even did not follow the proper legal procedure to issue the notification of the army chief’s extension.

In order to rectify the glaring error, the prime minister’s office moved a fresh summary which was quickly approved by the president.

However, it emerged later that the prime minister could not send the summary to the president without his cabinet’s approval. The summary was then circulated among the cabinet members but no fresh notification was issued.

In an unprecedented move, the bench suspended the notification of army chief’s appointment. The court adjourned the proceedings for November 27 with a direction to the AGP to come up with a fresh notification.

The same day Prime Minister Imran was to chair a routine cabinet meeting. By the time he reached his office to preside over the meeting, the court had already suspended the notification, throwing a serious challenge for the government.

The issue was discussed in detail. The cabinet then took a break and reconvened in the evening. The second session was primarily meant to discuss the controversy.

In view of the court’s observations and objections, the federal cabinet moved a fresh summary after amending Rule 255 of the Army Regulations by adding the new words ‘extension in service.’

Law Minister Farogh Naseem also decided to resign in order to represent the army chief before the Supreme Court. With the latest changes, the AGP was confident that the issue would be settled and the court would dispose of the petition.

The time was running out as the current tenure of the army chief was to expire on the midnight of 28. So, the government effectively had only 24-hours to rectify the procedural error.

The situation, however, turned for the worst when the Supreme Court found out that the amendment in Rule 255 of the Army Regulations had nothing to do with the chief of the army staff. Not just that, the second summary moved by the PM office to the president mentioned ‘reappointment’ of the army chief but the notification issued with the approval of the president talked of “extension” instead.

This loophole irked the chief justice who remarked that educational degrees of the officials who were dealing with the matter needed to be verified. What happened in the courtroom soon became a major embarrassment for the government, as many started questioning its competence.

A few days ago, no one could even imagine in their dreams that the issue of the army chief’s extension would dominate the national scene with people openly debating the issue on TV channels.

The most immediate challenge for the government was to avert a potential constitutional crisis in case the court passed any adverse order. As the clock was ticking, the prime minister convened yet another huddle on November 27 to find a way out of the current impasse.

This time apart from his legal team, the army chief also joined in. Another summary was prepared and then circulated among the cabinet members, who gave their approval after midnight.

On November 28, that would have been the last day of Gen Qamar as the army chief had the notification remained suspended, the AGP presented a fresh summary. The court again raised questions, particularly about the reference to the Supreme Court in the summary.

Still, no one knew what would happen next since it was evident from the proceedings that the government’s legal team failed to cite any provision of the Constitution or in the Army Act that allowed extension or reappointment of the army chief. The issue could not have gone that far had the government acknowledged mistakes the very first day of the hearing and sought court’s guidance.

But that was now irrelevant since the court now had to pass the order. During the course of proceedings, the court then offered the AGP conditional extension in the army chief’s tenure subject to legislation within in three months to address the loopholes in the laws.

The AGP, however, sought six months and the army chief’s lawyer Farogh Naseem agreed to give an undertaking to the court for necessary legislation.

After a three-hour break, a new summary was submitted by the government before the court, which then issued a short order extending the incumbent army chief’s tenure for six months to give the government time to bring changes to the Army Act keeping in view the scope of Article 243.

The verdict may have ended the potential constitutional impasse but the entire controversy has triggered a debate in the country that whether the government, which could not draft a proper summary, is capable of delivering on challenges that are far more daunting and complex.

In this hour of crisis, one has to give credit to the sense of humour of Pakistani public. Someone aptly summed up the incompetence of the government by saying: “The PTI has promised to create 10 million new jobs but instead it put the most secured job in Pakistan in real danger.”