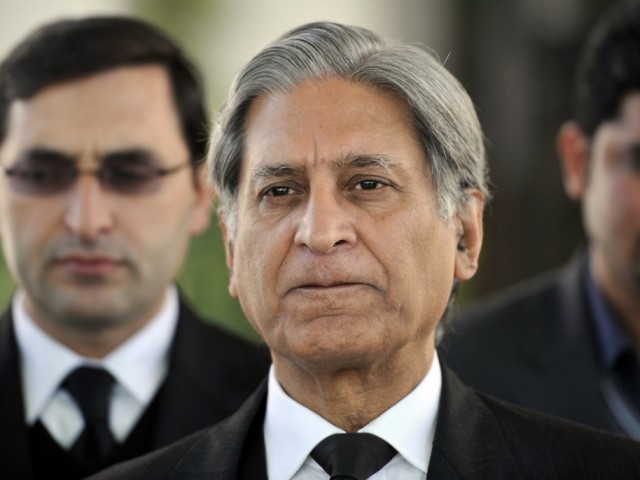 KARACHI: Pakistan Peoples Party’s (PPP) former senator and renowned lawyer Aitzaz Ahsan has said the government’s notification for extension in the army chief’s tenure was according to law and the apex court could not interfere in this matter.

“The army chief’s appointment is the PM’s prerogative, and the court cannot intervene in this matter. The president approved the summary of extension on advice of the premier, which is completely legal,” Ahsan said on Wednesday while talking to media outside the Sindh High Court (SHC).

He said it was a separate question as to whether PM Imran Khan should extend tenure of General Qamar Javed Bajwa or not but the PM has the power to appoint the army chief and he does not need his cabinet’s approval for this.

“The PM represents the entire parliament and the parliament’s privilege has to be the most supreme. Under Article 243 of the Constitution, the president can appoint army chief if recommended by the PM.”

Talking with reference to the health condition of the PPP supreme leader Asif Ali Zardari, he said Zardari is “a man of iron” who has refused to seek a bail despite being more ill than former prime minister Nawaz Sharif, who got a bail on medical grounds and later flew to London for treatment.

“Nawaz Sharif also fled the country in 2000,” he said in a reference to Nawaz Sharif’s exile to Saudi Arabia one year after his arrest in the wake of a military coup in October 1999.

He said Asif Ali Zardari has only two demands: permission to get medical treatment from his personal physician and shifting of his case from Islamabad to Karachi.

“There is a growing perception that NAB [National Accountability Bureau] law is different in Punjab and Sindh. This perception must be dispelled. The law should be the same for all,” he added.