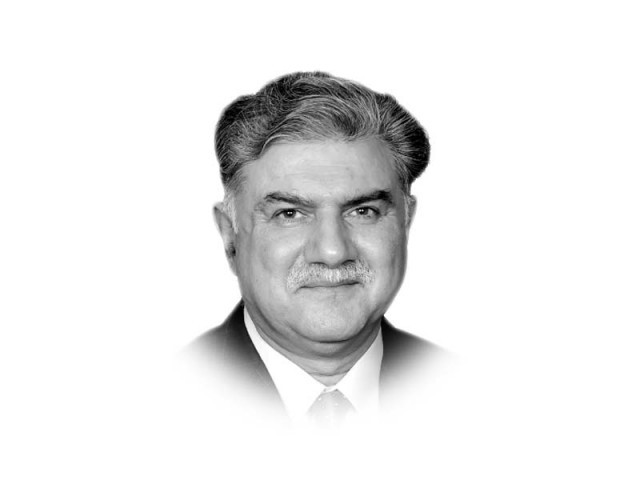 The writer is a retired Major General interested in International Relations and Political Sociology. He can be reached at tayyarinam@hotmail.com

Planet Earth is the only known home that sustains life, including human life, as we know it. However, life on our only home is faced with myriad challenges as we aim to discuss.

First is climate change, the biggest existential challenge to human life. A UN report quoted in The New York Times on August 9, 2019, “Warming Planet Threatens Food Supply”, points to such dangers like erratic weather, absence or abundance of rains, too early or too late onset of weather systems that imperil crop patterns and cycles, and rising seas. Deforestation and desertification is affecting human settlement and employment, causing migration, social upheaval and societal breakdown. Food scarcity and crop failure is negatively affecting human and animal health, causing stress on medical resources. Increased population and deforestation enhance the effects of greenhouse gases and methane emission by living organisms and cattle. Our planet’s reserve of ice is melting faster than we had thought and the erosion of ice cover may cause water wars, affecting close to one billion people.

The acquisition and retention of knowledge in the 21st century is another less appreciated challenge. In the changing job markets, the time for a skill-set from “current” to “obsolescence” to becoming “obsolete” is shorter and faster. This dictates constant learning, unlearning and re-learning. The concept of a “rowing office” is gaining currency and physical offices are disappearing in favour of virtual offices, negatively affecting the associated industry. There is greater inequality in knowledge cultivation and dissemination between the East and West and North and South. The richer West and North seek defence against piracy and hacking and emphasise intellectual property. The poor East and South find ways to acquire knowledge bypassing these barriers. In knowledge itself, dogmas are falling, thanks to the freelance ways of Wikipedia and the internet. Absolute knowledge is giving way to relative knowledge everywhere. The proliferation of knowledge in the virtual world as against paper — though easily and widely disseminable — is prone to viruses, hacks and at a greater risk of sudden disappearance.

At the societal level, challenges are manifold. Late marriages are becoming a norm. Social media-inspired love marriages are failing at alarming rates as both aspirants tend to lie to each other about their actual status before getting married. Married couples are opting for smaller families and late parenting.

Better access to medicines, healthy and nourishing food has decreased the erstwhile risks to life such as infant mortality, epidemics and vulnerability to weather, etc. Life expectancy across the globe has improved, increasing an aging population. The older generation — particularly in the US/West — is left to fend for itself, at least in the psychological domain because a faster pace of life is preventing family members from acting as primary caregivers for older folks. There is increasing government spending on elder-care and medicines. The sedentary lifestyle of “couch potatoes” causes increased health risks like obesity and related ailments besides a spike in mental illnesses particularly depression and suicide. Although the world is affected differently, generally speaking the poor suffer more.

As after-effects of the “one-child policy” adopted by the Chinese government in 1980; a young couple today has to support two aging couples (in-laws), putting greater stress in their lives and compelling them to work longer at the cost of leisure in life. This only child also lives with the deprivation of not having any paternal uncle and maternal aunt. Although abandoned in 2017, this mammoth project in social engineering affects almost one-sixth of humanity, given the Chinese population of around 1.4 billion today. There is vigorous debate about the ethical dimensions of human cloning, although scientists in China have gotten away with cloning sheep.

There is a greater acceptance — almost entirely in the dominant West — for the existence and rights of bisexual, heterosexual and trans-sexual individuals and couples. This is altering human behaviour, and risks loosening and replacing the centuries-old social contracts in societies, with far-reaching implications. Generation-gap — exacerbated by technology — is more pronounced than in the past in its scope and reach, causing social conflict and strife.

Social unrest is pitting states against people. Increased awareness through social media — correctly and/or incorrectly — is causing protests and agitations like never before, with a domino effect globally. The continuing protests and exodus from South America, across Africa and in South/Southeast Asia are some examples. Social media plays an empirically undetermined role for social organisation and mass mobilisation. There are frequent, sustained and novel challenges to authority, given the politically controversial roles of platforms like Facebook, Instagram, Twitter, text messaging, etc. Today, more anger is directed at the authorities worldwide — in particular the politicians and established political orders — for low or non-deliverance.

In global politics, uni-polarity has bestowed unusual power on and increased expectations from the US, with the history’s most powerful military. Militaries are testing more lethal weapons like plasma and laser guns, some of which could be space-based. The weaponisation of space in itself has profound challenges for human existence. The Revolution in Military Affairs (RMA) has entered the new phase of robotics making it possible to field robot-soldiers, genetics, with genome altering capabilities and Artificial Intelligence (AI). AI would be at full display in future conflict(s) between the dominant powers. At the societal level, AI ushers in unintended and unknown consequences. With smart machines learning human biases while cataloguing zillions of data inputs based upon human preferences, the future is very uncertain and risky. Some fear smart machines — with an attitude — will take over.

Economically, there is a perceptible shift — with great variations — towards a “knowledge economy”. The world tends to pivot east towards Asia that has an abundant human resource and a younger demography. However, in the altered sources of national power potential, technology-savvy population, innovation and acceptance of change are big pluses. There is a greater competition for raw materials, precious metals and rare earths among leading economies to sustain growth and ensure political dominance. Global enterprises like Google, Facebook, Amazon, Walmart, Samsung, Huawei and other multi-national companies (MNCs) exercise greater influence over governments. MNCs literally are another addition to the elements of national power potential, making it easy and discreet to project power abroad in pursuit of political objectives.

The cited challenges make a daunting list, however, the Creator of life equips humans with the right tools to prevail; and in doing so prepares the coming generations for mightier tests. So has been the relentless march of times and the evolution of human civilisation that is just a speck of the cosmic dust.