Abbottabad roads in need of a fix

Abbottabad roads in need of a fix 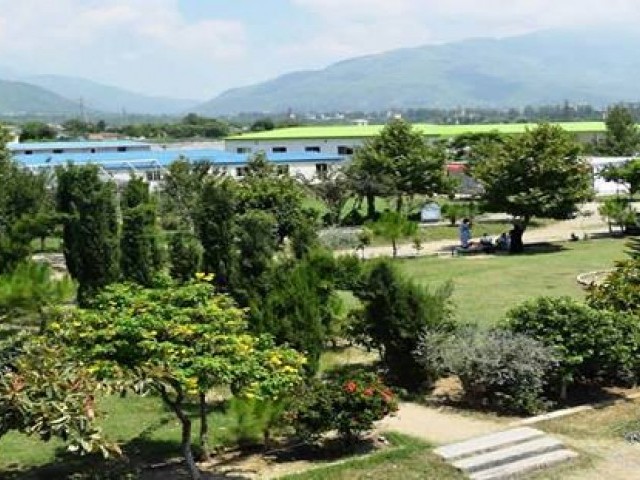 ABBOTTABAD: Despite being a major city located at a critical juncture of the Karakoram Highway (KKH) and a key conduit for tourist and traders, the roads in this city are in a poor condition.

One particular 10 kilometre stretch in the city, from Fawara Chowk to Abbottabad Public School, is in particularly bad shape and need urgent repairs.

A resident of the thickly populated area of the city, Kunj Qadeem, complained about the state of disrepair of roads from Fawara Chowk to Band Khoo.

“Locals and passersby on the famous Karakorum Highway suffer owing to the poor condition of the road,” he said, adding, “From Supply to Mandian, the road is punctuated with huge holes which damage to vehicles.

The resident said that driving on the road becomes particularly perilous during rains when the holes in the road disappear under standing water.

As a result, drivers have to tread cautiously or risk driving into a hole, damaging their vehicles and possibly hurting passengers.

“Their vehicles get stuck in the large holes causing a gridlock. Eventually, they have to seek help from locals or other passersby to push or pull their vehicles out,” he lamented.

Wagon Driver Waheed Jadoon, who ferries children between Mansehra and Abbottabad, demanded that the National Highway Authority (NAH) — which oversees the repair and maintenance of highways across the country — to at least repair the main KKH as soon as possible to smooth travel on the road.

Over a billion rupees were spent on re-carpeting the city roads of the city apart from beautification works on the directives of the then provincial assembly lawmaker and information minister Mushtaq Ghani during the last government of the Pakistan Tehreek-e-Insaf (PTI) in Khyber-Pakhtunkhwa (K-P) with Pervez Khattak the chief minister.

However, around half of the funds were spent on beautification projects in the city while several roads, which required minor repairs, were patched up while others were left unattended.

Moreover, the sewerage system was not fixed which meant that they were choked during rain spells and water inundated the roads.