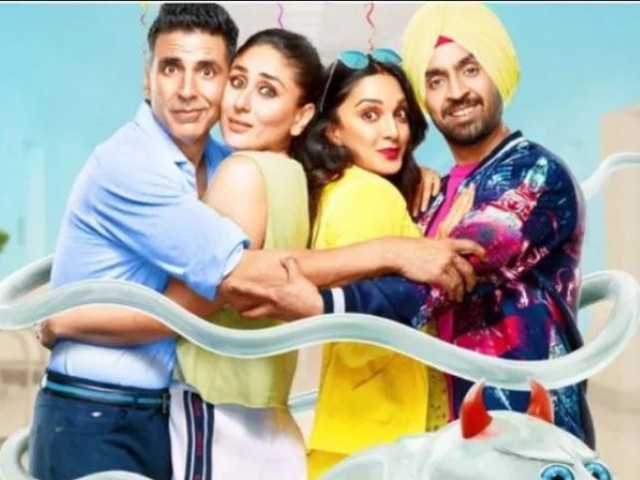 From Bollywood actors to filmmakers, the entire fraternity is loving the trailer of the Akshay Kumar and Kareena Kapor Khan-starrer Good Newwz.

Both the filmmakers have praised the team of Good Newwz, along with praising the cast – Akshay Kumar, Kareena Kapoor Khan, Kiara Advani, and Diljit Dosanjh. Karan Johar is the producer of the film

Referring to Akshay as ‘Santa’ in his post, Boney wrote, “Hilarious trailer. Good Newwz will make 2019 Christmas special with bundles of laughter brought by Santa Akshay Kumar. Congratulations Karan Johar and the whole team for making this festive season special.”

Thank you so much https://t.co/Wm6dDlzH7d

Filmmaker, Ashutosh, who is awaiting the release of his Panipat, tweeted, “Just saw the Good Newwz trailer. Smart. Clever. Funny. The four of you Kareena Kapoor Khan, Diljit Dosanjh, Kiara Advani are at your goofiest best and Akshay Kumar, you are on an unstoppable roll! It’s a Good Newwz for you Karan Johar.”

Thank you so much, that’s very kind of you https://t.co/IZwQ9M8S4N

Helmed by Raj Mehta, Good Newwz is his directorial debut in Bollywood. The film will bring a fresh story that revolves around two families going by the same surname who find themselves caught in an IVF (In Vitro Fertilisation) treatment mix-up. And that’s why it is the “biggest goof-up of the year”.

While Akshay as Varun Batra is paired opposite Kareena’s character Deepti, Diljit and Kiara will be seen as Honey and Monika Batra, respectively.

The trailer, which was released on November 17, has crossed 50 million views on YouTube, in five days.

I only take criticism from people of my standard: Nawazuddin Siddiqui