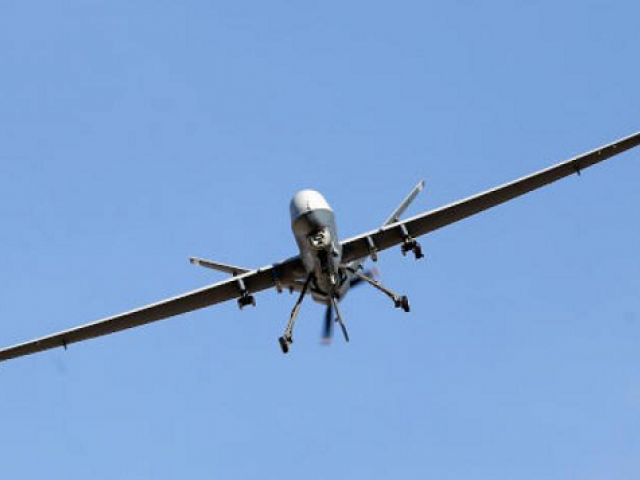 The Pentagon said the US Africa Command conducts drone operations in Libya to assess the ongoing security situation. PHOTO: AFP

WASHINGTON: US forces have lost an unarmed drone aircraft over Libya, where well-armed militants are battling for power with a UN-recognised government, the Pentagon announced on Friday.

“An unarmed US Africa Command remotely piloted aircraft (RPA) was lost over Tripoli, Libya” on Thursday, the command said in a statement.

No reason was given for the loss, and the Africa Command said it was under investigation.

The command conducts drone operations in Libya “to assess the ongoing security situation and monitor violent militant activity,” it said.

“These operations are critical to counter terror activity in Libya and are fully coordinated with appropriate government officials.”

The US drone loss came a day after forces loyal to Libya’s strongman Khalifa Haftar said they shot down an Italian drone in western Libya, flying in a zone under their control.

As Libya’s war drags on, Tripoli drowns in waste

US activities in the country have both monitored the conflict between the government and Haftar’s forces, and the growing power of an Islamic State-allied militant cell in the country’s southwest.

In September the US Africa Command conducted several air strikes against the Libyan IS force, and claimed it had killed dozens.