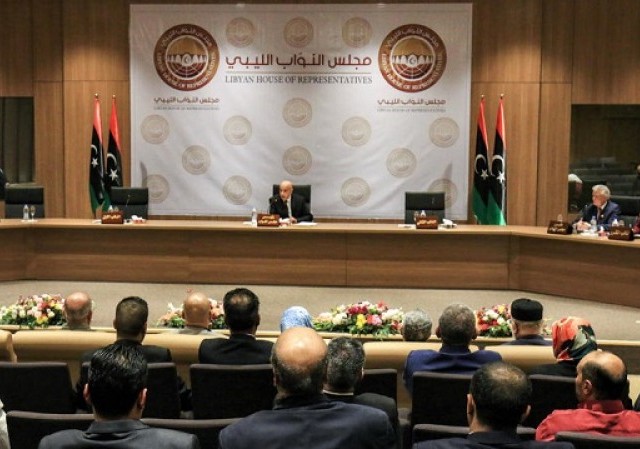 TRIPOLI: The United Nation’s (UN) Libya mission urged authorities in the country’s east on Thursday to reveal the fate of a Libyan lawmaker who was abducted in Benghazi in July.

“Three months ago, Siham Sergewa, an elected member of the House of Representatives, was seized at night from her home in Benghazi,” in eastern Libya, UNSMIL said in a statement.

Sergewa disappeared on July 17 in an attack that also allegedly saw her husband shot in the leg, shortly after she spoke on Al-Hadath television – which backs eastern Libyan commander Khalifa Haftar.

During the broadcast she had called for “an end to the bloodshed”, referring to an offensive launched in April by Haftar’s forces to wrest control of Tripoli from those loyal to a unity government.

UNMSIL said that “relevant authorities in eastern Libya have the legal responsibility to establish the fate and whereabouts of Ms Sergewa”.

Haftar, who controls much of eastern Libya including Benghazi, launched his bid to seize the capital Tripoli from the UN-recognised Government of National Accord on April 4.

As Libya’s war drags on, Tripoli drowns in waste

UNSMIL said that since the start of the offensive, it had recorded an “alarming increase” enforced disappearances across Libya.

“Ms Sergewa’s enforced disappearance sends a message of terror to elected officials over their right to freely express themselves,” it said.

Libya has been mired in chaos since a NATO-backed uprising that toppled and killed dictator Moamer Kadhafi in 2011.

Trump and Erdogan take war of words to Twitter