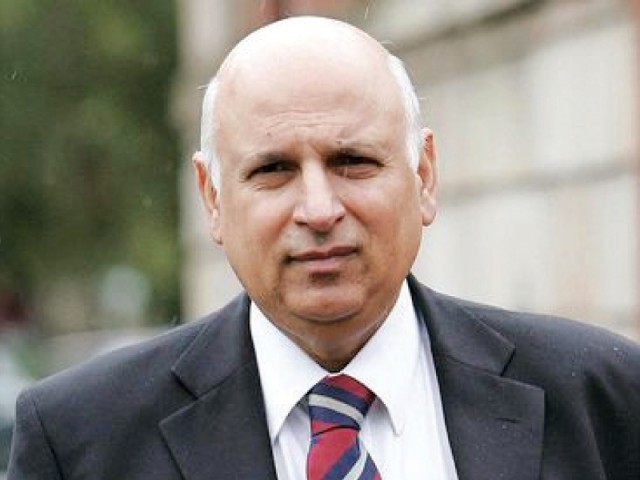 BAHAWALPUR: Punjab Governor Chaudhry Muhammad Sarwar said that rich will not be remembered in history, but those who served humanity will always be remembered and the Pakistan Tehreek-e-Insaf (PTI) was adhering to the policy of ‘one Pakistan, not two.

He expressed these views while speaking at a mass-wedding ceremony on Friday in which 200 couples tied the knot. Each couple was given a gift worth Rs200,000 by the governor.

Addressing the ceremony, the governor said that the rich will not be remembered in history, but those who served humanity will always be remembered. “We are adhering to the policy of ‘one Pakistan, not two.’ Any sort of sacrifice for the country will not be undermined.”

The governor added that the ceremony marks a new beginning for the 200 brides and grooms who have started their marital life. “Surely, the families of the newly wedded couples have completed their duties.” He lauded the deputy general secretary for contributing towards this event. “We must realise that class, status and power are temporary things but the real ulterior is one who helps the poor, needy and helpless members of our society.”

Under the leadership of the prime minister, the PTI-led government has initiated the Ehsaas Programme, he highlighted. “Under this programme, unemployed youth will also be provided with interest-free loans, while the Naya Pakistan Housing Scheme has also been launched to provide shelter to homeless people.”

He stressed that in order to provide free medical facilities to patients from lower-income backgrounds, the Sehat Insaf Card has been launched under which card-holders can get free medical treatment worth more than Rs700,000.

Speaking to The Express Tribune, the governor briefed that the opposition is practicing politics of personal interests instead of national interests, and all the opposition parties are now uniting just to save their corruption. “The government is under no threat and the PTI-led government will complete its five years of constitutional term under the leadership of the incumbent prime minister.”

Those who hope for in-house change and early elections will gain nothing except sheer disappointment, he further said. “Our government firmly believes in strengthening of national institutions and all the institutions, including the National Accountability Bureau, are working independently.”

Separately, the governor attended the 16th convocation of the Islamia University of Bahawalpur (IUB), on Friday, in Main auditorium, Baghdadul Jadeed campus. Speaking on the occasion, the governor said that all universities across the province are being provided with a clean and green environment as well as clean drinking water. “Adhocism has been abolished in universities to ensure meritocracy, transparency and stability in educational institutes.” During the last few months, as many as 20 Vice Chancellors have been appointed in the universities, replacing interim arrangements, he added.

The governor further said that the Muslim community around the world is facing many challenges. “The people of Kashmir and Palestine are being suppressed by occupation forces and they must have be given their right to freedom.” He maintained that it is his fourth visit to the IUB as a guest in the convocation and this is the university where he made the most visits. “The faculty and students of the IUB are devoted towards education and their passion for teaching and research is praiseworthy.”

The governor appreciated the expansion and development initiatives of IUB VC Dr Athar Mahboob to bring IUB to a stage of optimal usage of resources that is benefiting the community. “The renewable energy project and automation of the administrative and academic departments is also commendable.”