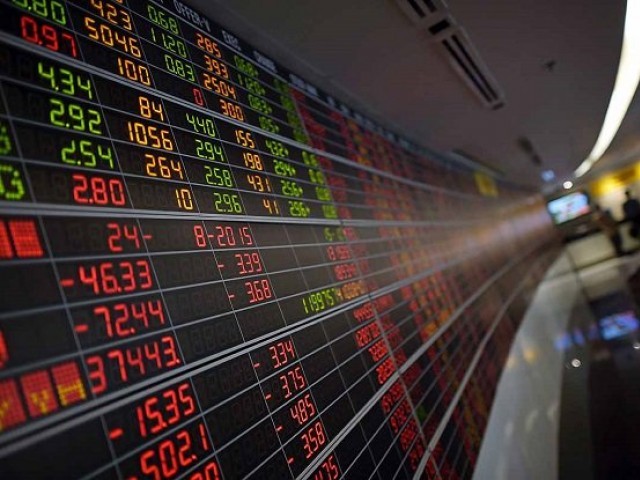 KARACHI: A day after a strong bearish run at the bourse, the KSE-100 index rallied and surged 825 points on Friday as investors shed their nervousness over the monetary policy announcement later in the day.

Earlier during the week, State Bank of Pakistan Governor Reza Baqir had hinted at maintaining the status quo in the monetary policy, which provided much-needed clarity and helped the bourse trade in the green zone.

The rally almost erased the hefty losses borne on Thursday. In the monetary policy announcement, the State Bank kept the interest rate unchanged at 13.25%.

Earlier, trading began on a negative note but the index began rising in early hours. By the close of market, the index managed to inch closer to the 38,000-point mark.

Arif Habib Limited, in its report, stated that the market went into the bullish mode once again, recovering most of the losses incurred a day ago.

“During the session, the benchmark index gained 847 points and closed up by 824 points,” it said. “The first session ended with +395 points, which gave confidence and encouraged investors to take a positive bet on the central bank’s policy rate decision, due to be announced after the market’s closure.”

Trading activity was noted across the board. Technology stocks traded the most with 44.7 million shares changing hands, followed by cement companies (33.6 million) and banks (28.7 million).

Value buying was witnessed with interest from institutions and individuals. Traded value stood at $52 million, up 0.3% and volume came in at 243 million shares, up 4.5%.

“As the political situation somewhat stabilises, we expect the market to post further gains,” he said.

Major contribution to the total market volume came from TRG Pakistan, Pak Elektron, The Bank of Punjab and Pakistan Tobacco.

“Moving ahead, we expect the market to remain in the consolidation phase in the short term followed by the roll-over week,” the analyst added.

Overall, trading volumes increased to 243 million shares compared with Thursday’s tally of 232.6 million. The value of shares traded during the day was Rs8.1 billion.

Shares of 374 companies were traded. At the end of the day, 299 stocks closed higher, 63 declined and 12 remained unchanged.

Foreign institutional investors were net sellers of Rs755.1 million worth of shares during the trading session, according to data compiled by the National Clearing Company of Pakistan.