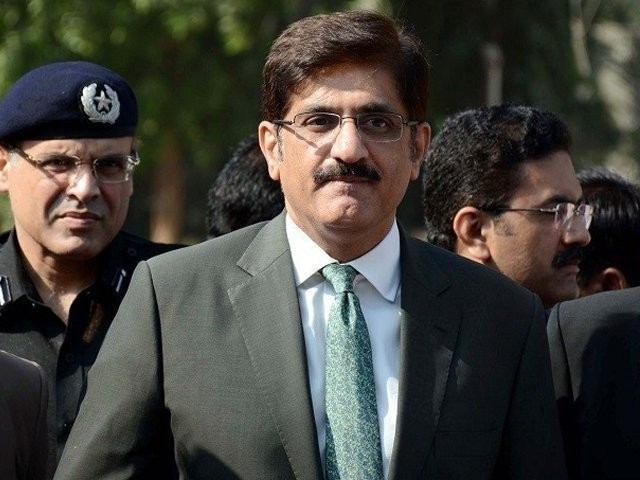 “Last night, a video surfaced in which a terrorist was forced to say that I had met him. We have found out who created this false story,” Murad said while speaking to the media in Karachi.

He said the accused was in custody of Pakistan Rangers in 2017 and questioned as to who all had access to him.

“It seems that the SSP concerned is involved in this conspiracy against me. I will be speaking to the DG Rangers about this matter,” Murad added.

The chief minister further stated that the Pakistan Peoples Party Chairman Bilawal Bhutto has had several meetings with the provincial cabinet in the past and has been guiding them in regards to the party policies.

“Whatever appeared in the media was out of context. The cabinet can undergo shuffle anytime and I will make the changes without consulting others,” he maintained.

“The FIR registration has left the governor concerned,” commented the CM.

Additional IG Karachi will now personally oversee the case and probe the video of the alleged MQM-London target killer.

Sindh Police on Wednesday claimed to have arrested an alleged MQM-London target killer in Karachi.

The police alleged that the target killer was in contact with senior MQM leaders, including Dr Farooq Sattar and his first meeting with the senior party leader took place at Nine Zero – the then MQM headquarters.

“The accused joined MQM in 1995 and was arrested for the first time in 1996 by Sindh Rangers. However, he was released after a year. Those murdered by the accused also include forces’ personnel,” further claimed police officials.

The accused allegedly admitted to carrying out violent activities and murders at the behest of the MQM leadership.

Police presented the accused in court on Wednesday and acquired his physical remand till November 23.

On World Fishermen Day, Sindh’s fishermen look to the govt for help