More countries affected by terrorism even as deaths fall: index

More countries affected by terrorism even as deaths fall: index

For the first time since 2003, Iraq was not the countr­y worst-hit by terror­ism
By AFP
Published: November 20, 2019
Tweet Email 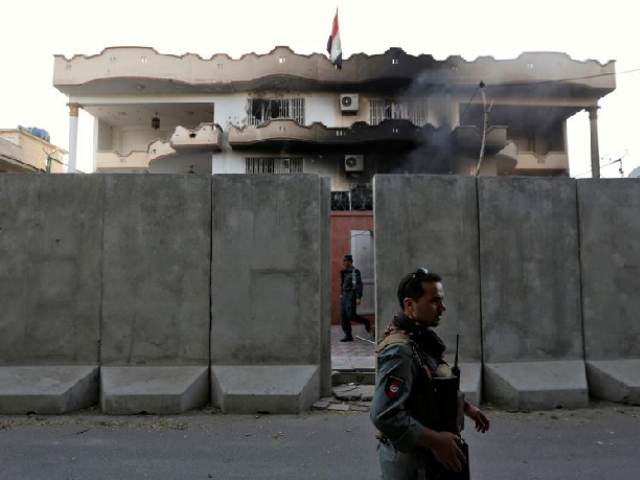 Afghan policemen stand guard outside the Iraqi embassy after an attack in Kabul, Afghanistan. PHOTO: Reuters

PARIS: The number of global deaths from terrorism fell 15.2 per cent in 2018, even as the number of countries affected by extremist violence continued to grow, the 2019 Global Terrorism Index showed.

From a high of 33,555 deaths in 2014, when the militant Islamic State (IS) group lured tens of thousands of militants to the Middle East, the number of terrorist deaths has more than halved to 15,952 in 2018, the index published by the Sydney-based Institute for Economics & Peace (IEP) showed.

The largest declines in 2018 were recorded in Iraq, which proclaimed a military victory over IS the previous year, and Somalia, where US forces have been conducting airstrikes against Shabaab extremists since 2017.

For the first time since 2003, Iraq was not the country worst-hit by terrorism, according to the index which defines terrorism as “the threatened or actual use of illegal force and violence by a non-state actor to attain a political, economic, religious, or social goal through fear, coercion, or intimidation”.

Afghanistan, where the Taliban succeeded IS as the world’s deadliest terror group, topped the table with 1,443 attacks killing 7,379 people, ahead of Iraq with 1,131 attacks that left 1,054 dead and Nigeria, with 562 attacks that killed 2,040 people.

“The collapse of ISIL (IS) in Syria and Iraq was one of the factors allowing Western Europe to record its lowest number of incidents since 2012, with no deaths attributed to the group in 2018,” IEP executive chairman Steve Killelea wrote in a statement accompanying the report.

“However, the situation still remains volatile, with large parts of Syria being contested and many smaller groups sympathetic to ISIS philosophies being active, leaving the possibility of further militant attacks in Europe,” he added.

The report also noted that while “the intensity of terrorism has declined…terrorism is still widespread and increasing.”

In 2018, 71 countries suffered at least one terrorism-related death, the second-highest number since the beginning of the century.

The index meanwhile noted a huge leap in the deaths caused by far-right terrorism in Western Europe, North America and Oceania, with the number of deaths growing by 320 per cent over the past five years.

It cited the March attacks on two mosques in the New Zealand city of Christchurch, which killed 51 people, as an example of far-right ideology spreading to a country with “almost no prior history of terrorist activity”.

In the US, the increase in far-right terrorism was mirrored by an increase in hate crimes, the report found.

But an overwhelming majority of terror attacks took place in countries involved in violent conflict.