The Afghan Taliba­n are again touted as the saviou­r of Afghan­istan and Islam about to bring a superp­ower to kneel
By Syed Akhtar Ali Shah
Published: September 4, 2019
Tweet Email 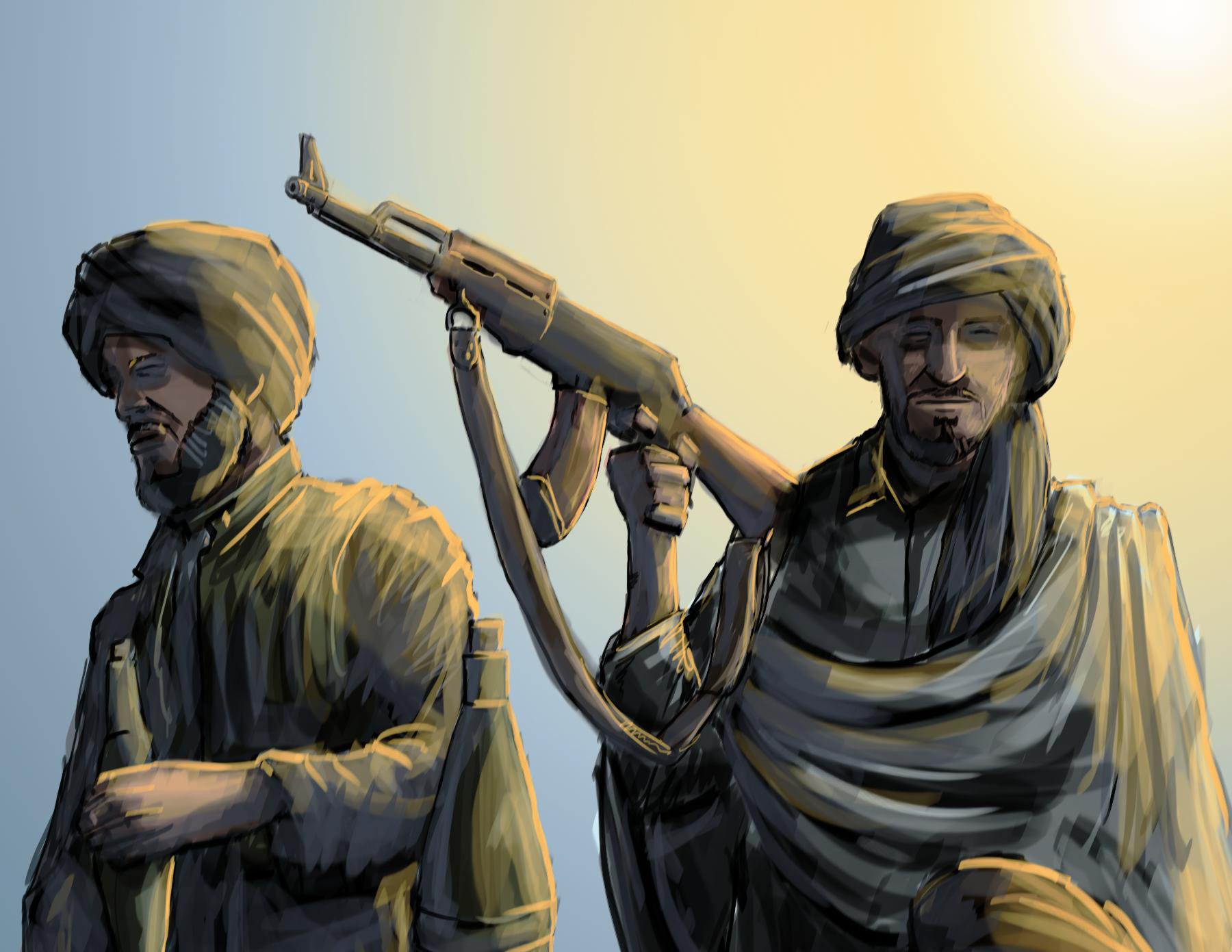 The serpent of militancy and terrorism has once again raised its head in various parts of the country, particularly in Balochistan and Khyber-Pakhtunkhwa (K-P). Random targeted killing of police officials, workers of nationalist and progressive parties and tribal elders are certainly a cause for serious concern. Organised militants have returned to K-P and have been witnessed at Elam Mountain in Buner, bent on establishing control. The villagers revealed that the insurgents roam freely and have even established check posts, checking IDs of the locals. The situation in South and North Waziristan is no different whereas they strike at will in Peshawar, Swabi, Dera Ismail Khan and other parts. North Waziristan alone has accounted for a total of 24 fatalities of security forces in terrorism-related violence from the beginning of the year till August 18, 2019. The total number of such acts is above 100 in the province.

The surge in acts of terror has demonstrated that the nucleus of the militants is still intact, sufficiently enjoying physical and social space in our midst. They have the capacity to recruit, train, and plan and execute at will. Their past pattern of operations indicates they avoid confronting the organised might of the state. The pronounced operations also provide them with a chance to melt in with the population and remain at bay. The forces mostly remain in a defensive mode. This enables the militants to observe the deployment. Once they feel that the danger is over, they gain time and space to reorganise and start selecting targets of their choice with an objective of proving their presence.

This brings us to the fundamental question of why such an eruption of terror is occurring, despite the lofty claims of wiping out militants in a series of operations. The fact of the matter is that Pakistan faces the problem of violent extremism and militancy of various dimensions due to malgovernance and undermining the political authority of the state. Out of these, the biggest challenge is the religiously motivated outfits having transnational features. Sectarianism in particular provided the breeding ground for militants to flourish, subsequently strengthened with the so-called Afghan Jihad. The shaky atmosphere, absence of coherent counterterrorism and insurgency policy and the larger unresolved question in terms of the relationship with religion and the state, with its implications for the legitimacy of the state further aggravated the situation, finally resulting in the emergence of ungoverned spaces thus providing an opportunity to militants to shape their way.

The ambiance of successive governments with militant outfits and the Taliban government in Afghanistan have left deep imprints on our social fabric. The Afghan Taliban are cited as a role model for defeating the Soviet Union and is now up to defeat another superpower. It is enough to encourage impressionable minds to model themselves on their pattern. Seeking inspiration from the same source and acting to emulate them, they also vow to establish the Islamic Emirate.

The Afghan Taliban are again touted as the saviour of Afghanistan and Islam about to bring a superpower to kneel. Such stances are a propelling force for militancy. Militants in Pakistan share the same dreams and aspirations as their other ideological friends across the border. Insulating a segment of the population from these kinds of waves blowing from across the border is an uphill task. In this context, the bomb blast in a mosque-cum-madrassa in Kuchlak, which killed Hafiz Ahmad Ullah, the brother of Maulvi Haibat Ullah, was quite significant. This pinpoints that persons like Hafiz Ahmad Ullah might be operating mosques and madrassas, inculcating their own ideology based on the hatred of other cultures and ideas. Is there any doubt that they are mixed with the local population advocating their own brand of Islam? They are the ideological leaders and real motivators; those who carry out the terrorist acts are mere foot soldiers.

To make matters worse, the police being the leading agency against terrorism suffer from many operational and capacity problems either due to its inherent weakness or policy issues related to governance. Policing essentially revolves around prevention, detection and maintenance of public order. While across the world, this lead role is with the police, here it has been relegated to a secondary position rather third position in many areas. Karachi is a case in point where instead of acting in aid of the civil powers, circumstances have compelled the Rangers to assume policing powers. The same is the pattern in Balochistan. As such the capacity of the police, in real sense of the term, could not be developed. They are even reluctant to operate against organised criminal gangs in the Katcha areas of Sindh and Punjab. Therefore people have no choice but to resort to private treaties with criminals.

If one takes the province of Khyber-Pakhtunkhwa from a perspective of prevention and investigation as a case study, it reveals the gradual development of militant cells — dormant and active in the jurisdiction of police stations — which eventually execute acts of terror. This clearly portrays the failure of the preventive side of policing by not nipping the evil in the bud.

The other weak area is the investigation. The terrorists have used all means at their disposal, such as loudspeakers, FM channels, literature, bomb blasts, firing using rocket launchers, rifles, guns and pistols, kidnapping for ransom, extortion and terrorist financing. But unfortunately, the rate of resolving these cases and successfully prosecuting them has been abysmally low thus resulting in a discouraging rate of conviction.

The recurrence of militant activities calls for a comprehensive strategy based on the basic premise of not using the religious card in state craft, discouraging fundamentalist regimes in Afghanistan and developing the capacity of the police in areas of intelligence gathering, anti-terrorism operations and investigation.